Rebbe Nachman had very strong opinions on philosophy. He is poking fun here at the underlying problem in speculative philosophy…

Now that the sophisticate has decided that being a shop clerk is the height of fashion, he apprentices himself at a clothiers. All he saw in the market square upon his arrival in Warsaw were the fancy hats and shoes of the clerks, and their elegant mannerisms. (Of course, this is all relative to the shtetl. Little does the sophisticate realize that Warsaw is a backwater compared to other places. In retrospect, his fascination with the clerks of Warsaw just looks like the mistake of a country bumpkin. So much for sophistication! He was drawn in by the externalities of the job, but once he commits himself he learns that the work isn’t what it seemed.

…He then took a job with a shopkeeper. It was customary that new employees receive very low wages and do very hard work. Only then could they be promoted to higher positions. The employer made him do hard work. He was sent to noblemen carrying merchandise. He would strain himself carrying large bolts of cloth under his arms. The work was burdensome for him. Sometimes he would have to carry his load up many flights. The work was very hard for him. Being a philosopher, he made up his mind, “Why do I need such work? The main reason a man works is so that he will be able to get married and earn a living. But this is not my concern now. I will have plenty of time for this in the future. The best thing for me now would be to travel all over the world. I can go to different lands, and enjoy the sights….

Little does the sophisticate realize that Warsaw is a backwater compared to other places. In retrospect, his fascination with the clerks of Warsaw just looks like the mistake of a country bumpkin. So much for sophistication!

This is the first time where we hear that the sophisticate is a philosopher, and Rebbe Nachman had very strong opinions on philosophy. The Rebbe is poking fun here at the underlying problem in speculative philosophy: although it appears to be guided by purely intellectual reasoning, it is actually a response to lower, unacknowledged drives. This is a theme that Rebbe Nachman touches upon in a number of places, and Reb Nosson discusses it at length.

While the reasoning of the sophisticate indicates that he’s come to some kind of a grand conclusion about the nature of work and priorities in life—hard work is for when one is at the stage of life when it’s necessary to marry and earn and decent living—we can see clearly that he just hates carrying heavy bolts of cloth up and down long flights of stairs! Meaning, when he realizes the high price in labor and time he would need to pay in order to gain the objective he had set for himself—his fancy hats and shoes—he rationalizes a change of objective to suit him. 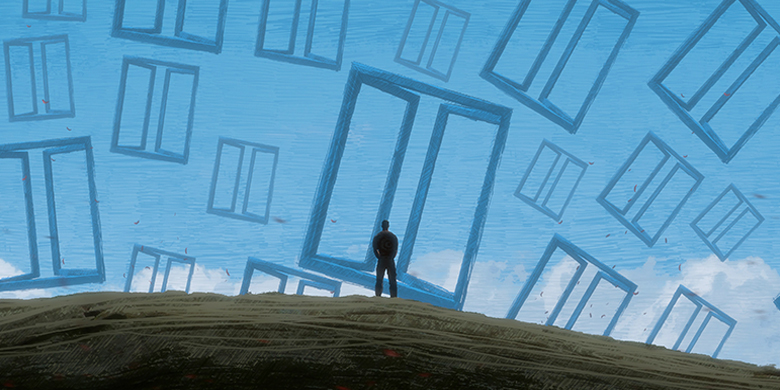 The sophisticate is on the path of expedience. It began with him leaving the shtetl, got set down when he left his benefactors behind, and has become a habit when he quits the job in the shop. Rebbe Nachman leaves out the fact that the sophisticate even goes back to confront his employer to quit! With the Warsaw merchants, he at least took his leave (even if he failed to ask their blessing), but with the shopkeeper we’re left wondering, “Did the sophisticate just drop a bolt of cloth in the middle of the stairwell when he had his brainstorm and disappear on his employer?” By leaving out a leave-taking, Rebbe Nachman seems to tell us that this is exactly what he did. It demonstrates to us that the habits of the sophisticate are getting more deeply entrenched.

For this week, I can ask myself: Is this a familiar scenario—coming up with solid-seeming reasons to do something that’s really meant to satisfy a different need? Do I also see patterns of expedience in my life and in my relationships?

Is There Any Justification for Such Behavior? –...

How To Succeed In Business – Rebbe Nachman’s...

Rebbe Nachman and Drinking – What Were...