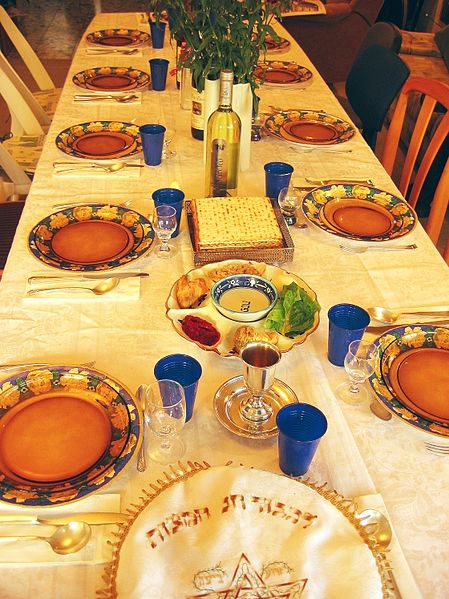 Rebbe Nachman of Breslov was…very much against all the special stringencies that are observed on Passover. Many people went so far in observing many fine points of custom, that they were literally depressed by the holiday. He spoke about it at length.

The Rebbe spoke about this quite often. He said that these ultra-strict practices are nothing more than confused foolishness. He told us that [earlier in his life] he had also been caught up in this and would waste much time thinking up all sorts of unnecessary stringencies.

In his youth, Rebbe Nachman of Breslov, whose commitment to and observance of the Jewish spiritual path was already at a lofty level, pushed himself to adopt a variety of stringencies. But, a bit later in his life he told his followers that doing the *mitzvot with harsh exactingness was completely unnecessary.

He said, “True devotion consists mainly of simplicity and sincerity. Pray much, study much Torah, do many good deeds. Do not worry yourself with unnecessary restrictions…”

He reminds us what the Talmud says: “The Torah was not given to ministering angels.”

Yearning to connect to Hashem (God), is a trait embedded in the Jewish psyche. And, yearning to make that connection one of refinement, beauty, and mindfulness is something many of us long to do. But sometimes we go over the top.

When I first learned to prepare for Passover I was indeed, as the Rebbe predicted, literally depressed by the time this most beautiful of holidays came around. I followed a bunch of stringencies as I had been taught; secretly I likened my experience to being a slave in a modern-day version of Egypt, with no way out…until Passover had passed!

In my heart I knew: This was not the way Judaism was supposed to be.

Then I read the Rebbe’s words.

Suddenly, I was able to breathe. I saw clearly that if the stringencies were making me depressed than they were indeed, as the Rebbe says, “nothing more than confused foolishness.” From then on, I resolved to prepare for Passover in a way that encouraged mindfulness, not panic attacks.

Oddly enough, today, I still keep the majority of customs, even some of the stringent ones, as I was taught. But because of the teachings of Rebbe Nachman of Breslov, my inner world has shifted. I no longer am fearful, but eager to embrace Passover preparations. Some of the customs that I once regarded as onerous, I now view as lovely.

As I banish chometz from my home, shop, and cook, I’m able to clearly envision what I’m working for—the uplifting spiritual experience of our beautiful, yet homey Seder, in which we do our best to bring joy to Hashem and to our precious guests (and of course, to experience the pure Passover joy ourselves.)

I’ve banished rigidity and guilt, along with the chometz. The Rebbe’s words have given me permission to free myself from being a hostage in my own private Egypt.

Whether you’ll be hosting a Seder for two or twenty, or whether you’ll be a guest this year, remember that an immense part of the avodah, the spiritual service of Passover, is to be joyous. And Judaism and joyfulness are not only not mutually exclusive, they are inseparable.

Each of us is unique, and not one of us is an Angel. Hashem, who is all-knowing, clearly knows what each of us is capable of (or not.) When it comes to Passover, you may be the strolling-in-the-woods type, not the Olympic gold medalist type. And that’s just fine.

(Note to self: Passover preparations are not a triathlon.)

Follow the mitzvos to the best of your understanding and if you need advice, ask your local Rabbi or Rebbetzin. But, remember, make Passover your own.

* Mitzvot in brief: Mitzvot (s. mitzva) are the acts Hashem set outs in the Torah for us to do. On the most simple level, we show our love and respect for Hashem by observing the mitzvot. However, deep transformations beyond our awareness also occur when we engage in mitzvot. Every time we observe a mitzva (eg; lighting Shabbos candles, not jumping to judgment about our brothers and sisters, not mixing meat and milk, giving to charity, and so on), we create powerful energetic connections between ourselves and Hashem.

Incredibly, every mitzva we do, creates Angels, bundles of focused energy which accompany us throughout our lives and beyond.