An Intense Day, Week and Year

Can you imagine making a wedding for your only child when riots and then missile attacks shut the city down?

Last Monday evening, I was chatting with a friend about – of all things – plans for my upcoming birthday this month. We were having fun discussing different ideas when the red alert siren went off. Completely caught off guard, I asked my friend who was in her car, “Do you hear that?” She responded that there was a siren by her as well.

We got off the phone and thirty second later I heard a boom, then another and another and another. My kids were quickly running inside from having played on the street. It felt very confusing. The booms were still going off and it sounded like they were very close (although it turned out they weren’t that close). Meanwhile, my friend, who had her daughter in the car with her, had about a minute to figure out where to take cover while stuck in downtown Jerusalem traffic. She quickly took cover as best she could while also hearing missiles and Iron Dome booms going off.

At the same time, another friend who lives in the north of Israel, happened to be  running errands in Beit Shemesh with two of her children when the siren went off. She and her kids took cover and then got into their car and started driving back home, not knowing that riots had broken out throughout Arab villages in the north of Israel. The drive, normally a couple of hours, turned into a harrowing five hour ordeal, during which they got stuck in traffic due to riots on the main road, which passes through Arab neighborhoods. They kept u-turning in hopes of finding a different, safer road but all roads led them to being trapped in yet another riot-induced traffic jam. It was very scary and confusing but she somehow managed to remain calm and eventually made a driving decision that led them home safely. Interestingly, the next day she did not see or hear anything about these events on the Israeli news.

The drive, normally a couple of hours, turned into a harrowing five hour ordeal, during which they got stuck in traffic due to riots on the main road, which passes through Arab neighborhoods.

On the same Monday evening, another friend was marrying off her only son, in the neighborhood of Talpiot in Jerusalem. The wedding was called for 6:30pm but got delayed. Can you imagine making a wedding for your only child when, a half hour before the reception begins, riots and then missile attacks shut the city down? Needless to say, hardly any guests were there for the reception. Eventually most people did show up, including me (it was a scary decision to make, but my intuition told me to GO). It was such a joyous occasion! The dancing was so electric; it felt like everyone was blowing off steam from having lived through over a year of very challenging, socially distant, abnormal times including that very evening!

On that Monday and the days following it, including today, many people throughout Israel faced unprecedented dangerous situations. It’s true that we’ve had missile attacks before, but they were never coupled with anarchy and riots that included shootings and car smashing amongst other things, in Jewish cities that have a significant Arab population. 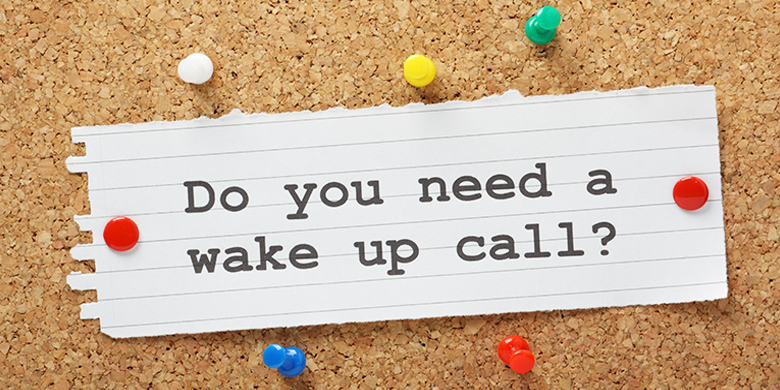 These ongoing chaotic events came on the heels of the unprecedented tragedy that occurred in Meron on Lag Ba’Omer, only ten days prior. If you think about the timing of the Meron tragedy, it seems very significant. Just as we were about to end a period of 33 days of mourning, and just as the Covid lockdowns and mask mandates seemed to be easing up – boom! Back to a period of intense mourning and soul searching.

The Meron tragedy of course followed 14 months of world-wide Covid events that included death, job loss, business shut downs, months of lockdowns (nearly 6 in total in Israel), mask mandates, social distancing, civil unrest and a world very different than we had known it before.

So… has Hashem gotten your attention yet?

In my humble opinion, part of the reason we are experiencing crisis after crises is to get our attention. All three events have had very similar fallout. They each required us to go within, to mourn, and to remain at home more.

I believe we are experiencing a call to action for us to wake up, for our souls to intervene. I have some ideas on how to move forward in all of this and will share in next week’s article.

For now, I’ll leave you with this question once again – has Hashem gotten your attention yet?

Enjoy Special Occasions without Falling off the...