Anniversary Trip in the Making – Part 2

Working according to the concept of “In the way that a person wants to walk, there he is led” is an incredibly effective way to eliminate the overwhelm and turn it into an opportunity!

I am back this week, talking about my anniversary trip plan – how it is going so far. In last week’s article, I told you we are going to Miami and that it’s kind of a big deal because we still have a five and ten year old at home and have never left them for more than a day. We don’t even have a babysitter, although our 13 year old does step in to watch them when we go on a date. It was getting late in the game by the time we finally made up our minds to go and I had to get the basics out of the way quickly: buy airline tickets, book a hotel, hire a babysitter.

This kind of planning is not my strong point, so I was feeling the overwhelm. But then, it dawned on me that I need to implement a concept that I’ve been delving into lately: “In the path that a person wants to walk, there he is led” – Makos, 10/2. Right then and there, I got super focused (you can read about it in last week’s article here).

Basically, I made the choice to commit to going about getting this done, in accordance with the above Gemara. Not by stressing out, not by overworking or over thinking. Rather, I took some time to really hone in on exactly what I wanted and how I wanted to get there, and conveyed this information to Hashem by way of simply showing Him my plan and asking for help.

What happened next was quite frankly pretty darn smooth.

The babysitter issue got resolved quickly and in the best way possible. I had started asking around and even contacted two potential sitters but hadn’t yet solidified anyone. I also didn’t have such a great feeling about a teenager holding down the fort but didn’t exactly see any other options. My married daughter lives a 10 minute drive from us, but she works until 4 every day and has two babies at home, so having her come over every afternoon seemed out of the question.

But then, when I told my daughter that I was looking for a sitter, she immediately suggested that she, her husband and two kids move in while we were away. Since my kids get home at the same time that she would get home, it would work out perfectly. How did I not think of that? So now we have not one, but two adults on premise, who my kids know and like and who I know I can rely on. What a relief!

Next were the plane tickets. I was feeling bad because by the time we had solidified our destination, ticket prices had gone up by $400 per ticket! They were still in the affordable range, but it just seemed like such an unnecessary extra expense. But then my husband had a great idea that he ran by his accountant: while in Miami, he will meet up with some potential clients that he’s been communicating with by phone over the last few weeks and that way hell be able to put the tickets down as a business expense. His accountant gave him the green light and voila – the tickets were paid for via the business!

Finally, there was the hotel. The plan was to stay by my mother who lives outside of Miami for part of our trip, and at a hotel in Miami for part of it. I had no idea where in Miami I should look for a hotel, considering that we needed kosher restaurants right in the vicinity. On erev Shabbos, I finally Whatsapped a family friend who lives in Miami and asked her if she had any recommendations. She said to google hotels in Surfside, as some are kosher, and all are located near kosher restaurants. I went ahead and did this and clicked on the first hotel that came up. It looked perfect – it was kosher, by the beach, and looked very upscale and pampering – just what I was looking for. I was getting excited!

A few minutes later, this family friend then Whatsapped me once more, and told me that she may be able to get us a free hotel stay. Oh… now that sounded interesting. I already had my heart set on the hotel that I had found so it would have to be something very similar as far as style and location, but I was definitely interested in hearing more about this. 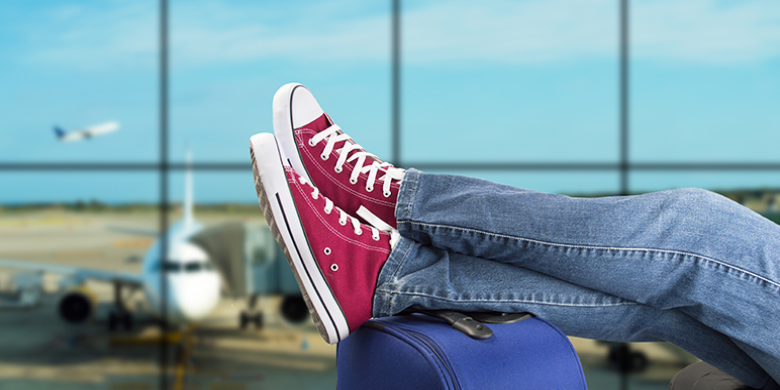 We just have to show up!…

On Motzai Shabbos, a message was waiting for me from the family friend. Her daughter in law recently won a raffle for a 3-day stay at a hotel in Surfside. Can you guess which hotel? Yes, it was the exact hotel that I had clicked on and got excited about! The family friend wrote me that her son and daughter in law were not interested in the hotel stay since they live a two minute walk from it and were more than happy to gift it to us. Not only that, but we did not have to communicate with the hotel at all. The raffle people would take care of everything. We just have to show up! OMG! I know, it’s like beyond, right?

Ladies, overwhelm will stop you from moving forward with your dreams. Working according to the concept of “In the way that a person wants to walk, there he is led” is an incredibly effective way to eliminate the overwhelm and turn it into an opportunity to deepen your relationship with Hashem, strengthen your emuna and bitachon, and get to where it is you want to go without running around like a chicken with its head cut off.

Take the time to get clarity on exactly what it is you want. Personally, I find it very helpful to write this out. Then ask Hashem for help with it and KNOW that Divine assistance can and will come in the most creative and smooth ways possible.

WHERE TO RECITE PSALMS

Ask A Breslover: Is There A Soul Correction For Cancer?

This Can Be Your Best Year Ever!

If You Want It, Ask For It

Parshat Nitzavim: How to Achieve Unity for All...

Parshat Chukat: What To Do When You...