Come Chanukah we play games of dreidel and cards

Why is gambling with the dreidel on Chanukah, according to Jewish law, allowed with a warning?

Gambling on Chanukah recalls an alleged attempt by Hasmonean Jews to hide the study of the Torah from their Greek oppressors. The dreidel’s Hebrew letters nun, gimmel, hey and shin stand for Nes Gadol Haya Sham (A great miracle happened there).

Tradition points to deeper meanings. One is the challenge of the Medameh (מדמה). Damah (דמה), the root of this Hebrew word, means to resemble, connoting comparison. Rebbe Nachman’s use of the word Medemah can best be translated as the mind’s faculty of creative visualization, either positive or negative imagination.  Rebbe Nachman stresses harnessing the מדמה – for holy purposes and not for the opposite.

“Every person must break the power of imagination and enter the intellect. But when drawn after illusory desires, this is the aspect of ‘the visions of the heart’ (Deuteronomy 29:18) following one’s heart’s inclinations.” (Likutey Moharan 25:1). One’s hearts inclinations to gamble excessively and pursue forbidden pleasures and distractions.

“One must ‘break the power of imagination and enter the intellect’ – i.e., rise above the ‘visions of the heart’ – for it is these illusions that conceal holiness.” (cf Mabuey HaNachal Lesson 25).

Reb Noson in Likutey Halachot, Laws of Chanukah 1 teaches that the Tzaddikim of old were masters in the control of the Medameh. On Chanukah, they played games of chance and engaged in merrymaking. They were reflecting a descent to a lower level to ascend subsequently to a higher one. Channeling the Medemeh by “running” and “returning” (Likutey Moharan I, 6:4). Using creative imagination to subdue the opposing forces (קליפות) present in even permitted gambling by engaging in merrymaking, arousing the joy of a mitzvah (Likutey Moharan 25:5).

“Every person must break the power of imagination and enter the intellect!” (Rebbe Nachman)

As with Chanukah, breaking the negative powers of the Medameh ( מדמה) does not bring us down but allows us to subsequently ascend from level to level, as in the increasing number of candles of the Menorah. Corresponding to the charity, we give freely on Chanukah to break the powers of imagination and rise to new spiritual levels.

We know Halachah (Jewish Law) categorizes gambling as a forbidden activity if done to excess. Professional gamblers cannot give testimony. Gambling for sizeable sums is assur (forbidden) because the loser will regret a loss. Yet, my mother’s weekly bridge game for a dollar a hand is ok. 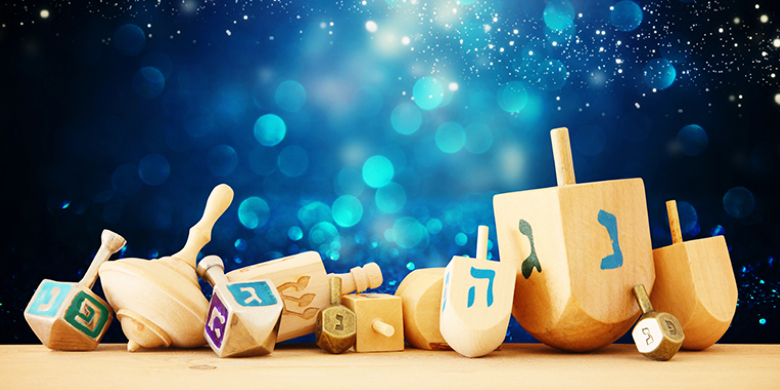 Gambling can be a horrible addiction, a ruinous illusion addiction or an innocent pastime. It’s a matter of the מדמה: an imagination being out of control, an animalistic urge or an imagination limited to enjoying a harmless pastime or religious experience.

Reb Nosson applies the teaching of Medameh to this holiday, revealing a great truth (ibid) quoting Psalm 105, the 8th Psalm of the Tikkun HaKlali.

If you have control of your imagination but have lapses, do not despair.

Teshuvah (return, repentance) has its ups and downs. Addictions like gambling can reoccur even with the best intentions. The Temple was destroyed. With a small step, a pot of oil, the Menorah was relit, and Hashem helped with a miracle.

The message? Live your life with imagination, focusing on the good. If you falter, give Tzedakah (charity). Make the gesture. Start afresh, and Hashem will help.

As they say, “Know your limit and play within it.”

Chaim Oliver, a Breslov Teacher, is active with Breslov Research Institute in Canada. For many years, he has taught weekly classes on Breslov Teachings at the Beth Avraham Yoseph of Toronto Congregation and other synagogues. A professionally trained writer, teacher, motivational speaker and facilitator, Chaim has presented the Rebbe’s Torah to many diverse audiences and individuals. Professionally, Chaim is the Managing Partner of What If What Next, a full-service digital marketing agency offering PR, Web Site Development, SEO, Content Creation, and Social Media Management. He can be reached at [email protected]

A Fight to the Finish

We Must Remember Where We Came From

Is There Any Justification for Such Behavior?...