Home Faith Even Just Intending for the Best Can Have a Powerful Influence! – Parshat Emor
FaithReadShabbatWeekly Torah Portion

Even Just Intending for the Best Can Have a Powerful Influence! – Parshat Emor

One shouldn’t pay any attention to the times when your good intentions did not come to fruition. Each and every time you have a good intention adds up. We’ll only see the results we are looking for at the end, when we really need them. Only then will we truly understand how crucial all our good intentions were. This is the topic of this week’s parshat hashavua discourse.

The Torah portion of the week is parshat Emor. The two main central topics in the parsha are the mitzvot of the Kehunah (priesthood) and the special laws for the Kohanim, and the laws of the Moadim (festivals). The parsha opens with the laws regarding the Kohanim, who are the sons of Aaron and their descendants. The Torah teaches: “If any man touches any creeping creature through which he becomes unclean or a person through whom he becomes unclean, whatever his uncleanness, the person who touches it shall remain unclean until evening, and he shall not eat from the holy things unless he has immersed his flesh in water. When the sun sets, he becomes purified, and afterwards, he may eat of the kadoshim (holy offerings)” (Leviticus 22:5-7).

We will look first at the literal meaning of the words, and then we will discuss the deeper message of what was said and what this is hinting at.

A person who is a Kohen (a descendant of Aaron), is forbidden to eat from the kadoshim (trumah) if he has been defiled by contact with a dead sheretz (small creeping creatures like insects) or a dead person. Eating trumah while tameh (in a state of ritual impurity) is an extremely severe offense and is punished by death from Heaven. If a Kohen becomes tameh, ritually impure, and he wants to eat trumah, he must first bathe his flesh in water, meaning, he must immerse himself in a valid mikveh and then wait until evening. Only after the Kohen has immersed and has waited until after sunset, and when both of these two required conditions have been fulfilled, can he eat from the kadoshim (trumah). This is the straightforward explanation of the Torah law.

Rabbi Natan quotes these laws and teaches that these verses of the Torah are obviously applicable to each and every person regarding our service in this world. The tumah or ritual impurity, of course, refers to sins and spiritual stumbling that a person has to battle against in this world. The “purification through water” hints at the efforts one makes to purify himself from his sins, and “waiting for evening” refers to one’s final end, the moment when a person’s life comes to an end, when his sun sets completely and he moves from Olam Hazeh, this world, to Olam Haba, the next world. The kadoshim hint to the person’s good deeds and to the reward that he will receive in Olam Haba.

Rabbi Natan teaches that there are those who merit to purify themselves completely during their lifetime. In contrast, there are others who only achieve complete purification when the sun sets, i.e., on the day of their death. This refers to the words of our sages that there are certain sins that even though a person may have done complete teshuvah for them, meaning that he has repented completely, and even though the day of Yom Kippur has passed, and he has been purified through suffering, still, he does not achieve complete atonement for them until the day of death (Yoma 86). Notwithstanding the aforesaid, a person who understands that he will not achieve complete purification during his lifetime until the day he dies, and if this will cause him to become depressed, and he will avoid even trying to purify himself, then even on the day of his death he will not achieve purification, the same as a Kohen who became tameh does not become ritually purified when the sun sets if he did not immerse in the mikvah on that same day.

This is exactly how it is in the life of a person. Even if a person understands that he will not succeed in achieving a complete purification, he should not abandon his good intentions and desire to do good, as the Zohar says: “There no is such thing as a good intention that goes to waste,” all the more so actually speaking positively or doing a good deed. On the other hand, if he doesn’t even bother to try to have good intentions, he will certainly not become purified even when his final day arrives.

And here lies the secret. Whoever prepared himself during his lifetime and tried his best to purify himself, when his sun sets, that is to say, on his last day, he will eat from the kadoshim. If in spite of the many ups and downs he went through during his lifetime, he did not abandon his intentions to do good, and he tried to purify himself during his lifetime, then on the day of his death when he finishes what he had to do in this world, he will enjoy the fruits of his labor and the efforts he made all his life to purify himself. All his good intentions, efforts, and good deeds will join together for his benefit and become the reward he will then receive. This is the only thing that will remain for a person in the Eternal World.

Even if a person understands that he will not succeed in achieving a complete purification, he should not abandon his good intentions and desire to do good!

All this can be learned from the words of our sages about the verse: “And you shall return and discern between the righteous and the wicked, between him who serves God and him who has not served Him” (Malachi 3:18). And out sages explained: “‘One who served G-d’ refers to one who reviewed his learning a hundred and one times, while ‘one who did not serve,’ refers to one who reviewed his learning a hundred times” (Chagigah 9). Rabbi Natan said:  If there is such a big difference between two people who tried to serve G-d, and yet he who tried just one more time gets the title “servant of G-d,” how much more so can we understand that there is a huge gap between those who tried to purify themselves during their lifetimes and those who did not make an effort at all. 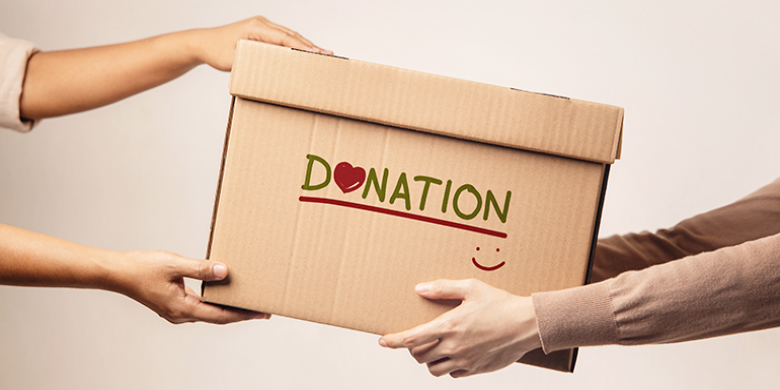 All his good intentions, efforts, and good deeds will join together for his benefit and become the reward he will then receive!

All these matters are mainly dependent on how close we are to the tzaddikim. They are the ones who teach us the value of longing and good intentions, how important every good intention and slightest effort is. When we draw close to the tzaddikim, they encourage us to try and work even harder to purify ourselves and to increase our holiness and to raise ourselves up out of the tumah and enter into taharah (purity). Finally, at the end of our days, we will succeed in becoming completely purified and see how all our efforts remain for our eternal merit.

This is why the Torah says: “When the sun sets, he becomes purified, and afterwards, he may eat of the kadoshim,” because, as we said, there is no comparison between one who did not immerse himself for purification, meaning, who did not strive to purify himself during his lifetime, and then his sun set, and between one who immersed himself for purification, meaning he made every effort to purify himself despite the fact that he would not be able to do so completely during his lifetime. In the end, whoever immersed himself, when his sun sets, he will get to eat the kadoshim. It will be for his eternal good.

(Based on Likutei Halachot, Birkat Hashachar 5, 42)