Figuring It Out for Yourself – Parshat Naso

When you really want something, you don’t need anyone to guide you or teach you. On your own, you can be capable of and successful in doing the right thing. This is the topic of this week’s parsha discourse.

This week’s Torah portion outside of Israel is Parshat Naso. A large portion of the parsha deals with the Chanukat HaMizbeach, the inauguration of the altar, at the time that Moses completed the erection of the Mishkan, Tabernacle, and the donations of all the princes (the leaders of the tribes) of Israel in honor of the Chanukat HaMizbeach. As the Torah relates, the princes donated six wagons and twelve oxen for the wagons. In addition, they donated silver bowls full of incense and offered sacrifices for the dedication of the altar.

The Midrash relates an interesting thing: at the time that Moses made the announcement regarding the contributions for the building of the Mishkan, the princes of the tribes delayed in bringing their donations. They thought that the best thing to do was to wait for all the people to bring their contributions, and then they would bring whatever was missing. In the end, the people contributed wholeheartedly, until there was more than enough, and so the princes had nothing left to bring except the onyx stones and whatever was needed for the Ephod (vest) and the Choshen (breastplate).

Of course, this greatly upset the princes, and during the Chanukat HaMizbeach, they corrected their distorted way of thinking and were the first to contribute. The Midrash says that when Moses saw that the princes had donated the carts for carrying the holy vessels of the Temple without having been commanded to do so, he refused to accept the donation, he even feared that the Shechinah (the Divine Presence) had departed from him and passed over to the princes. Otherwise, how could he not have known that the Creator wanted carts to be brought to carry the vessels of the Mishkan?

If so, who was it that taught the princes that they needed to bring the carts? Truly, how did this idea occur to them? The Midrash says that this idea came from the prince of the tribe of Issachar. He asked the princes: “The Mishkan that was built—does it hover in the air? Let’s make carts to carry it. And this is how the tribe of Issachar is praised in Chronicles I, 12:32: “‘And of the sons of Issachar, those who had an understanding of the times’ What do the times refer to? Knowing what Israel should do” (Midrash Rabbah, Song of Songs 6:4).

And here the Midrash details the deep wisdom and good intentions that were behind the donation of the princes. We will begin with some quotes:

The Silver Bowl – The sum of the gematria (numerical equivalent) of the milui (a specific way of calculating gematria) of the letters of these words is 930, which is the number of years in the life of Adam HaRishon, the first man.

The weight of the bowl was 130, which is the age of Adam HaRishon when he established his line for the generations (through Seth/Shet, from whom the generations of the world was founded).

1 Silver Basin – This has a gematria of 520 corresponding to the years of Noah’s life when he established his legacy.

70 shekels – This corresponds to the 70 nations of the world that came forth from him (Noah).

1 gold ladle – This corresponds to the Torah which was given through the hand of HaKadosh Baruch Hu.

Ten shekels of gold – This corresponds to the Ten Commandments.

I did not command them to bring the donation; it stemmed from their good will. In any case, take it from them. I wish to accept their good-hearted donation…

And so on and so forth. Everything the princes brought corresponded to lofty things, and yet their donations did not come from a directive from Above but came from their own good will. And G-d greatly praised the fact that it came from the depths of the hearts and through the power of will, without being commanded to do so, as the Midrash teaches:

“You are fair, my beloved, c’Tirzah, as Tirzah” (Song of Songs 6:4). The word “c’Tirzah,” beyond the simple meaning which Rashi explains as “You are fair, my beloved, when you are desirable (ratzuah) to me.” This is a contraction of two words: “c’sh’at rotzah—when you want,” meaning, “when you (Knesset Yisrael, the Nation of Israel) have the desire, you do not have to be instructed—not by anyone, and not what [to bring]?!” (Midrash Rabbah, ibid.).

Rabbi Natan adds that we can learn from the words of the Midrash a practical lesson which applies to every person in every situation. About what were these words said?

Rebbe Nachman teaches: “He who knows the root of the Nation of Israel knows that they are very far from sin and cannot tolerate any type of sin or iniquity at all. And the essence of compassion is to help them to stay far away from those sins which are caused by a “ruach shtut—a spirit of nonsense” because “no man does a sin unless a spirit of folly enters him” (Sota 3a).

Rebbe Nachman continues that the main role of the Tzaddik in this world is to enlighten people who are “ramei malah,” who are on a very high level, in the sense of “darei malah,” those who dwell “above,” on a higher level—that HaKadosh Baruch Hu is very exalted, even in relation to their very high level of spiritual service, and on the other hand, in enlightening people on a lower level, the “darei mattah,” whose service the Creator desires very much that they should never despair and that He is waiting for them and looking forward to them raising themselves up, even though they have sinned” (Likutei Moharan II, 7).

Rabbi Natan explains that essentially, these two things are one, because it is completely impossible to tolerate the heavy burden of one’s sins, and this is specifically why it is necessary to illuminate and show everyone—even the “darei mattah,” those on a low level, that the Creator can also be found on their level and is always close to them, even if they have sinned, G-d forbid. When one enlightens a person to the fact that even if he has sinned, the Creator is still with him—that HaKadosh Baruch Hu also dwells among impurity and sins—then nothing more is hidden from him, and when a person comes to realize that the Creator is with him, it makes man not want to sin anymore. 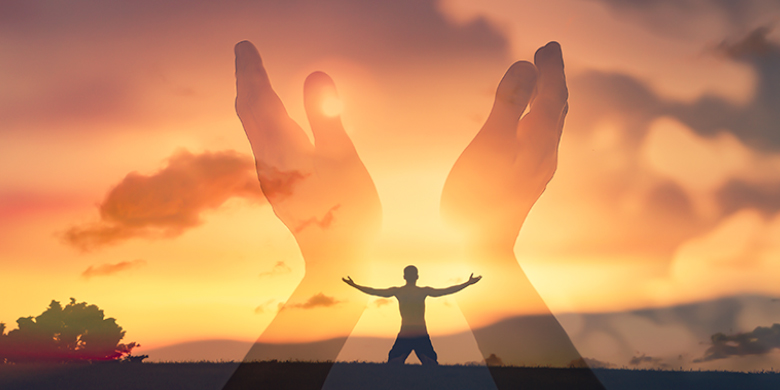 This is what the Midrash relates, that Issachar offered them advice, and said to them: “Does the Mishkan hover in the air? Let’s make carts to carry it.” In other words, the Tzaddik teaches the “darei mattah,” anyone who has become entangled in sin and has distanced himself from the Creator, and enlightens him: “What do you think? That the Mishkan “floats in the air”—would something that is down to earth only be for those who have lofty achievements, and not be connected to you because you are supposedly distant and base? Not at all! It needs carts and oxen! Even someone who is supposedly more earthly, like animals and carts, can raise himself up spiritually.

This is an enlightenment that applies to everyone: that the Creator is with us. This is the reason that we need to prepare carts and oxen: to remind ourselves that the Creator desires our service, despite it being very material and not at all on a lofty level. Just as HaKadosh Baruch Hu is very exalted, so too He had His Presence dwell in the Mishkan amongst us, as it is written “Who abides with them in the midst of their impurity” (Leviticus 16:16).

It is important that friends always be there...

How to Reveal the Truth – Parshat Balak

A Prayer for Peace