For Your Mercies Never Cease; for Your Kindnesses Never End…

Hashem is so good, so kind, so merciful for giving us this gift. And what do so many of us do? We get stressed out and barely take advantage of it!

Ladies, I don’t know about you but I used to get very stressed and even negative about Elul. The fear and anxiety would lead to overwhelm, which would ultimately lead me to not move forward in my teshuva process in the way that I could. On top of this, I would stress about not being able to go to shul on Rosh Hashana since I had to be with my children. Thank God a million times over that in recent years I’ve been able to get out of pressure mode, see the gift of teshuva for what it actually is and take proper advantage of it.

In the 18th blessing of the Amidah prayer, we say: “You are the Beneficent One, for Your mercies never cease; the Merciful One, for Your kindnesses never end; for we always place our hope in You.” These words are so meaningful to me especially when I think about gift of teshuva. Hashem is so good, so kind, so merciful for giving us this gift. And what do so many of us do? We get stressed out and barely take advantage of it; but only because we don’t actually understand what the gift and salvation of teshuva are all about.

I would like to share with you today the way I go about doing the five steps of the teshuva process, in a way that I have found to be a lot more positive, meaningful, exciting, less stressful and most of all – productive.

Step 1 – Recognize where you have gone wrong through reflection, introspection and judging yourself.

Go one transgression or challenge at a time. Write down a challenge you are facing or a sin that you have to do teshuva for.

Reflect and introspect on this issue. According to the Baal Shem Tov’s Torah of mirrors, everything you experience in the outside, 3-dimensional world, is a mirror of what is going on inside of you.

What is exactly is inside of you that is being reflected in the outside world via the challenge or sin? What is Hashem trying to show you and awaken you to clean up and correct?

Anything negative that we do or think or believe is reflected back to us. So any issue that is making you sad or frustrated or angry right now is simply Hashem showing you where you need to clean up your act by stopping the negative action or belief or thought or feeling and becoming more like Him. You don’t have to make yourself feel remorse, the negative feelings you have, stemming from your life issues – that is the emotion right there! Now take that emotion and direct it towards having remorse for the challenges and sins that you need to do teshuva for.

This is where the fun really begins. Undoing the damage done means reprogramming yourself; rewriting “the story”. You see, we end up committing transgressions and being in unwanted life situations because of the program we are on – the story we tell ourselves over and over. If a person is on the blame program, they will find themselves being blamed. If a person is on a cheating program, they will find themselves being cheated.  If they are on a program of laziness and neglect, they will find ourselves suffering from others’ laziness and regret.

Rewrite the program. Rewrite your story and use the 13 attributes of mercy for help.

For example, let’s say that you tend to blame people for things as well as not give the benefit of the doubt and now you find yourself in a situation in which you are the one being blamed and accused and there may be some unpleasant and constly consequences to follow.

Write down and commit to the following: from today and on I am rachum ve’chanun like Hashem. I judge people mercifully and I am merciful with them as a free gift, no calculations. I give the benefit of the doubt and look at people and situations only favorably, even if I have to make up stories for people’s seemingly negative behavior. By becoming more merficul, having a more positive outlook and giving the benefit of the doubt, I am doing Hashem’s will and coming closer to Him through emulating His attributes. Since this is the whole point of the scary situation that I am dealing with – to do teshuva, Hashem, who is the director or the movie, can now work this scene out for the very best. 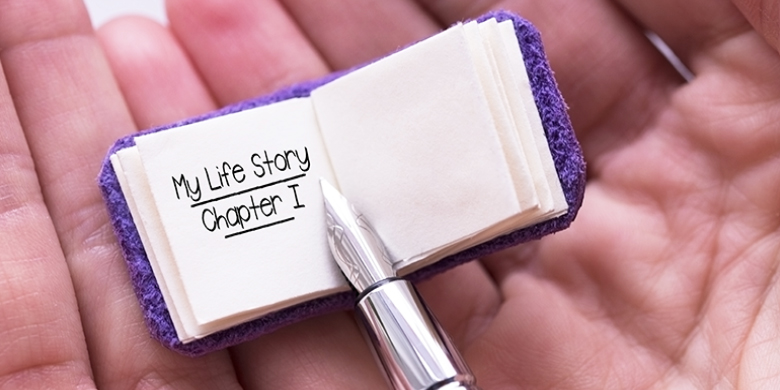 Step 4 – Resolve not to repeat the transgression

Once you trully realize that it is you who is stopping yourself from having more good, more blessings, more positivity in your life, it is so much easier to stop the transgression. Transgressions lead to negative, unwanted life situations because they are always mirrored back to us in the outside world. Who would want that? Once we understand this concept, it si so much easier to resolve to cease from continuing to take part in the particular negative program that we have been on.

Step 5 – Obtain forgivenss from the person who was wronged

I’m not going to lie, this step remains challenging for me. However, when I do the above steps with the understanding that my transgressions are mirrored back to me in unpleasant situations and that Hashem is the one directing this movie and he’s creating this particular scene only to show me where I need to do teshuva, this final part fo the teshuva process does become much easier to do.

Thank You Hashem, for the gift of teshuva, “…for your mercies never cease, for Your kindnesses never end…”

[LISTEN] The Incredible Value Of Accepting Suffering With...

Believe In Yourself -Rebbe Nachman’s Remedies