Help Is on the Way

Two calamities occurred in Meron this past Lag Ba’Omer: 45 holy souls left this world, and the Jewish people, en masse, suffered severe trauma. And while it was the first that led to the second, there is a major disconnect between the two.

Needless to say, I’m not denying what occurred. What I’m denying is the evil, demonic choir that has been shrieking and screeching nonstop, since the night of Lag Ba’Omer until now.

On the one hand, the Torah tells us: No evil descends from on High. All is love and mercy. Hashem decrees and fulfills, and He never gives a person a challenge they cannot overcome.

On the other hand, the Serpent attacks us with dum dum bullets that tear our souls apart: there are moments that are truly horrific, horrors that the mind cannot grasp, terror that can drive one insane. Any balcony is liable to collapse; any holy, joyful occasion could explode; any living human being could suddenly die; behind every corner a crocodile might be waiting with open jaws to swallow you alive.

The Evil One armed himself with a plethora of ammunition on Mount Meron: photos and videos and recordings aimed straight at our heart. Is it any wonder that we collapsed?

“Rabi Shimon’s main mission on Lag Ba’Omer is the sweetening of harsh decrees,” said the Amshinover Rebbe, shlita, when he heard the terrible news. He was quiet and then said, “Who knows what terrible judgment was hanging over the Jewish People that was mitigated by what happened.”

When we try to settle our minds and contemplate the events through the lens of Emunah, that doesn’t mean we are denying the pain and the suffering. Not at all. And while the words of Emunah lend clarity, they don’t silence our turbulent emotions. To the contrary, they hold our hands and lovingly accept our tears – listening, containing, encouraging, agreeing. Ultimately, they give us comfort. Because we are Jews, the children of Avraham, Yitzchak and Yaakov.

The Torah tells us: No evil descends from on High. All is love and mercy. Hashem decrees and fulfills, and He never gives a person a challenge they cannot overcome.

When the soul of a Jew leaves their body, it doesn’t generate fear and terror, but rather, indescribable holiness.

Gradually — and we’re still hearing more and more—the survivors are relating their experiences of the most wondrous, calm moments just before the souls of the kedoshim left their bodies. All around them, words of viduy, “Shema Yisrael,” “Ein Od Milvado,” “Hashem I love You,” and “I hereby forgive whoever is trampling me at this moment, even if it will cause my death.” Words of pure, unadulterated Jewishness, creating a spiritual light that emanated from the mountain and rose up all the way to the Heavenly Throne.

I’m reminded of an interview I conducted many years ago with Mrs. Yehudit W., a survivor of the 2001 bus attack at the entrance to the city of Emanuel. She was trapped with many other passengers inside the armored bus; the doors were locked, and the motor stopped working after they’d driven over a roadside bomb. Meanwhile a hail of bullets was penetrating the ceiling of the bus from terrorists who were shooting at them from the adjacent hill. Many passengers were hit by the gunfire, lying wounded or dead. And this was Yehudit’s description: “There was an otherworldly atmosphere inside the bus. People recited viduy and Shema Yisrael. There were no screams or panic, only a special, holy silence. It made me think of stories of tzaddikim and words of Emunah that I’d heard in the past. I thought to myself how important it is for everyone to have inside a reserve of stories of tzaddikim and words of Emunah to draw on in time of need. Many long minutes passed until one of the rescuers succeeded in breaking into the bus through a narrow window in the back and opening the doors for the Hatzalah people. I’ll never forget those moment. This is what is meant by the words from Shir Hashirim, ‘If one were to offer all his wealth in exchange for the love that we experienced then, he will be thoroughly scorned.'”

Yosef, a teenage boy who was rescued in Meron shared with his mother his own experience, “We all felt Hashem’s closeness. We felt Hashem’s love more strongly than ever before. My thought was: ‘Wherever You lead us, Hashem, we know that this is Your will and that it is the best for us.’ I was totally calm and serene, wrapped and embraced in Hashem’s love.”

Because when the soul of a Jew leaves their body, it doesn’t generate fear and terror, but indescribable holiness…

But that holiness can’t be captured by the camera’s lens. You can’t share it on social media; you can’t send it via WhatsApp. It’s not the soul that’s being filmed, but the body. It’s not the truth that’s being documented, but only the kelilpah, the husk. 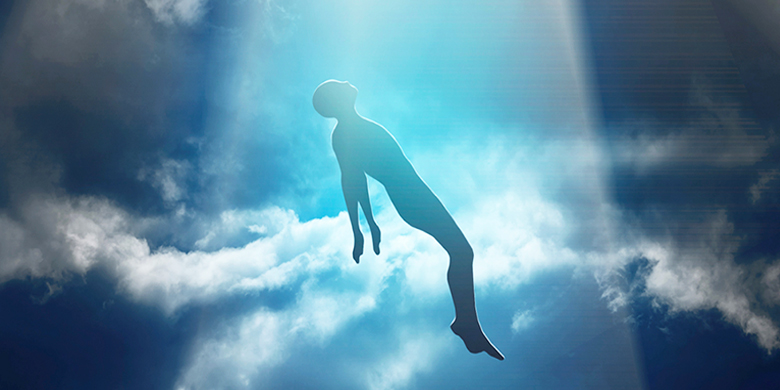 When the soul of a Jew leaves their body, it doesn’t generate fear and terror, but rather, indescribable holiness

A woman sent me an email that on the Thursday afternoon right before Lag Ba’Omer, she happened to hear a shiur from a Rav who explained the words of Chazal: “Kol ma sh’omer lecha baal habayis aseh, chutz m’tzei – Do whatever the host tells you to do, except leave.” The Rav explained that the “host” here refers to the Host of the world. Whatever Hashem tells us to do, we are obligated to do, but if we hear words bidding us to leave –we shouldn’t heed. Hashem never intends for us to “leave.”

Sure, there are plenty of situations that appear that way, but they are intended only to test our faith and loyalty. It’s like the well-known story of Elisha ben Avuya, aka “Acher,” who lost hope after hearing a bas kol saying that all could repent except for Acher. The sages explain that the bas kol wasn’t a final statement, but a test. If Elisha ben Avuya had refused to believe what he’d heard and insisted on repenting, his teshuvah would have been accepted.

“That idea resonated with me,” she wrote, “connecting especially to the joyful, elevated atmosphere of Lag Ba’Omer that was almost upon us,” she wrote. “That night, we drove to Meron. We were there at the top of the mountain at the tziyun of Rabi Shimon during those moments of sublime elevation when we sang songs and accepted the yoke of Heaven, which were suddenly, terrifyingly interrupted by the cries of Hatzala and the police.

“We descended together with the huge crowds, quickly and quietly,  enveloped by the dark and by feelings of uncertainty and anxiety. And suddenly, the words of the shiur came back to me. Suddenly, I realized that I’d been prepared. ‘You’re not really telling us to leave, Ribono shel Olam,’ I said, crying. ‘It just appears that way because you are testing us with a very difficult nisayon. But it’s not real.’ ”

When I came to comfort the mourners for the precious bochur Eliyahu Shimon Cohen, z”l, from Beitar, one of the women there said: “It states that a person must make a blessing for the bad, just like for the good. But the halachah tell us to recite ‘Baruch hatov v’hameitiv, Blessed is He Who is good and does good’ for good things and ‘Baruch Dayan Ha’emet, Blessed is the Righteous Judge’ for the bad. Those are not the same blessings!”

She continued with an explanation that she’d heard based on the halachah of blessings over food, that one must make a blessing over a food that is in front of him. So, if you are in one room and the apple you want to eat is in the other room, you can’t make the blessing over it. Similarly, true good is found only in Heaven. As long as we are down here, on earth, the good is concealed from us. That, then, is the reason for the different blessings. After Mashiach comes, however, we will say the blessing of Hatov v’hameitiv even when someone passes away, because at that time we will see and understand, as the true good will be revealed to us also down here, on earth.

Until the Final Redemption, it is our obligation to soothe our pain and warm our hearts with as many stories about those holy souls as we can, and in doing so, to tell their real story.

Back to the boy who’d been rescued at Meron. His mother asked him, “Yosef, what gave you the strength to survive when you felt that you could barely breathe?”

“It was what the Hatzalah guys called out. They said, ‘Hold on! We’re coming! We’re going to save you!'”

Yosef’s answer shook me up more than all the pain and terror I’d felt from the whole incident, and I felt a huge sob rise within me, shaking my entire body.

“I didn’t know, Ribono shel Olam. It never occurred to me that a person in mortal danger could get the strength to survive from someone calling out to him to hold on. I had no idea that the cry: “Breathe! Live! We’re coming,” could actually provide a person with the strength to breathe and live and survive until they arrived.

I cried all the tears that had accumulated within me since the night of Lag Ba’Omer. I cried all the dread and anxiety that I’d ever experienced in my life, all the attacks of fear that had ever gripped me.

Suddenly I knew. I knew what we must all know at this time, what we are all longing for, what words will save us.

We are asking for a holy cry from Heaven. Words of compassion and encouragement, needed urgently to come to our aid. “Hold on! Gevalt! Just don’t give up! Breathe one more breath of strength, pray one more prayer, believe just one more time, just another minute, help is on the way.”

How to Deal with the Skeletons in your Closet?

Stop the Madness – with the Family Salad Habit

Wake Up and Live!

What’s the Matter With Us?

My Number 1 Takeaway from our Getaway Vaca