How Does One Find His Soul Mate? – Parshat Chayei Sarah 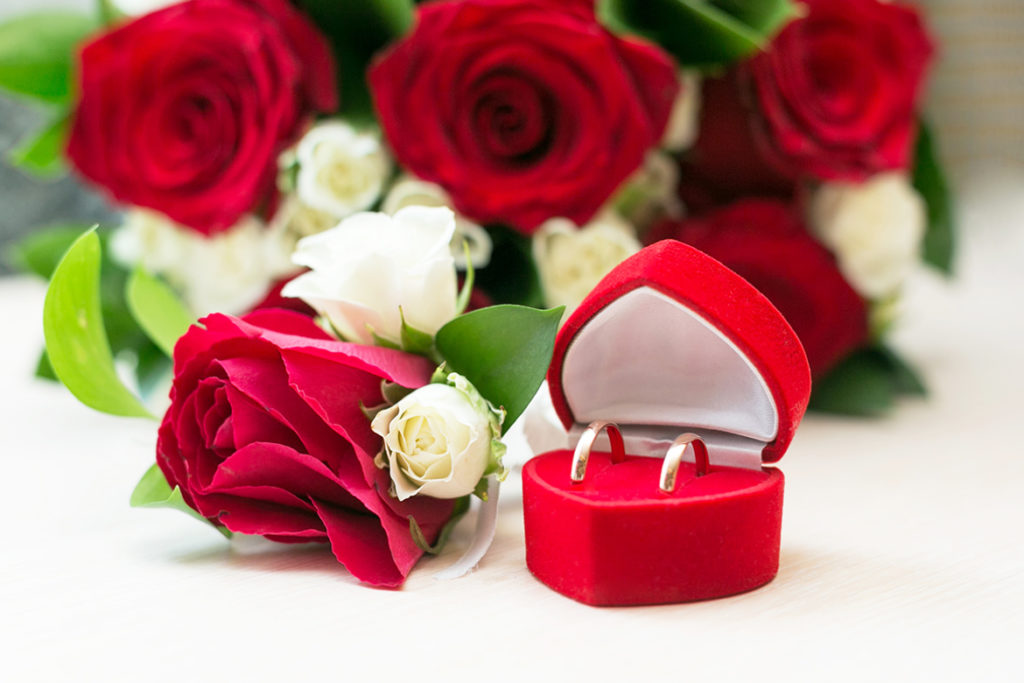 Is there a special key to finding one’s soul mate? Is the secret to be found in cultivating a warm atmosphere at home? How can we inspire a woman to follow after us wholeheartedly? This is a central topic in this week’s Torah portion, Chayei Sarah.

There are two major topics in this week’s parsha: Sarah’s death and finding a wife for our forefather Isaac. We will focus on the topic of searching for a marriage partner. The Torah relates at great length and then repeats the story of finding a wife for Isaac. There is not a single superfluous word in the Torah. However, here, when dealing with the woman upon whom the future of the Nation of Israel depends, the Torah goes into great length which is unusual. Let us learn from how the story is related in the Torah the secret to finding one’s true partner.

Abraham wanted to marry off his son Yitzchak and yet instructed his servant Eliezer not to take a wife for his son from tribes of Canaan who were living in the Land of Israel at that time. Instead, he asked him to go to his relatives in his homeland, Aram Naharayim, and take a wife for his son from there. Eliezer asked him what he should do if he finds a woman who is related to Abraham but who does not want to come with him? Abraham answered: “He will send His angel before you, and you shall take a wife for my son from there. But if the woman does not want to go with you, you will be absolved from this oath of mine…” (Genesis 24: 7-8).

Rabbi Nachman reveals in a wondrous way that in the words that Abraham answered Eliezer—”And if the woman does not desire to go with you”—is hidden the secret and the answer to the question of how to find a woman and to cause her to want to marry him. What is this great secret that Abraham gave over to Eliezer? How do we succeed in causing a woman to want to marry us?

Before we try to answer the question, let’s think for a moment. What is really so difficult about finding a wife and fostering a desire on her part for us? Today there are abundant counselors and experts who can guide a person on how to search for a wife. All one needs to know is the correct approach, which gifts to buy and the like, and he will win over the woman’s heart, correct?

First, let me tell you a story.

Rabbi Natan, in accordance with Rebbe Nachman’s instructions, was involved in speaking to the maskilim (the “educated” Jews of the time who abandoned Judaism for more intellectual pursuits) about their worldview. One time, when Rabbi Natan spoke with Dr. Landau about the purpose of life and how this world was actually insignificant, Dr. Landau strongly objected and replied, “How can you talking about the futility of this world? Just now I came from the fair, and I was exceptionally successful. In addition, I purchased a present for my wife, a beautiful and very expensive diamond with which I will buy her heart when I get home. What could possibly go wrong? It’s going to be great!”

Rabbi Natan replied, “Right there is your proof. This world is nothing. It can be that a man could come home from the fair with a beautiful diamond and give it to his wife as a gift, and for some reason, she wouldn’t like it. And instead of the item winning over her heart, it would only create tension and anger.” Dr. Landau treated this reply contemptuously and was certain that he was right.

He came home and proudly presented his wife with the beautiful diamond he had purchased for her. But she turned up her nose at it and began to scold him. “You were at the fair, and you couldn’t find anything there more suitable for me? You are such a loser!” He was obviously very hurt and responded in kind to her insult. In a no time at all, they found themselves having a bitter and resentful argument. He left the house, slamming the door behind him and went straight to Rabbi Natan, and he said, “Rabbi Natan, oh how right you were!” (Through Fire and Water, Chapter 20, p. 189).

All one needs to know is the correct approach, which gifts to buy and the like, and he will win over the woman’s heart, correct?

So, buying the right present is not guaranteed to help cultivate a marriage relationship. So, then what is the secret to merit finding one’s spouse and attracting her to us without the slightest opposition on her part? After all, every man’s dream is to find a wife who will be attached to him, and similarly, at the end of the day, that is also exactly she wants: a husband she can totally trust and depend on. So, how does one create a recipe for success?

The secret is found in the kavannot (mystical intentions) of the month of Elul, as it appears in two lessons of Likutei Moharan. We will briefly mention some of the points here.

Definitely not. From the kavannot of the holy Arizal (the late kabbalist, Rabbi Isaac Luria) for Elul, we will bring a few of the aspects that pertain to our question of how to find wife and inspire her to marry us.

The most important part of the kavannot of Elul is: “He Who made a way (derech) in the sea” (Isaiah 43:16). This means that one needs to illuminate the right path. The numerical value (gematria) of “way”—derech is 224. When we multiply the holy Name “Yud-Bet-Kuf” (112) by two, we also get the same numerical value of “way.” Also, the holy Name “Kuf-Samach-Aleph” (161) combined with the holy Name “Samech-Gimmel” (63) again has the same numerical value as the word for “way” (224). At this point, the right hand of G-d is stretched out to accept one’s repentance. Now we will explain this matter according to the explanations given by Rebbe Nachman.

Every person must be proficient (“baki”) in “running” and “returning.” That is, he should search for G-d in every situation. On one hand, a person should endeavor to ascend and advance to higher spiritual levels and not be complacent with his present spiritual level. He must strive to reach higher levels and not to remain stuck where he is. On the other hand, even if a person, G-d forbid, transgresses and falls from his level, it is crucially important that he strengthen himself to stand firm so that he won’t fall even further. He must rely on the fact that G-d is always close to him, and he must never despair. He must continually yearn to rise up to a higher spiritual level.

This is hinted at in the verse: “If I ascend (“asak”) to the heavens, You are there, and if I make my bed in the grave, behold, You are right there” (Psalms 139:8). “If I ascend to the heavens” refers to when I am making spiritual progress, or “running.” I know that “You are there.” But I still have to strive to continue progressing spiritually. The word “ascend” (“asak”—spelled, aleph-samech-kuf) is comprised of the same letters as the holy name Kuf-Samach-Aleph. But “if I make my bed in the grave,” meaning, when I fall down, in the aspect of “returning,” I know that “You are right there,” very close to me. This is hinted at in the holy Name Samech-Gimmel, which refers to when a person falls down from his level. When a person is proficient (the word “baki” hints at the holy Name Yud-Beit-Kuf) in both ways of repenting, he will merit to a complete repentance and then G-d’s right hand will be stretched out to accept his repentance.

Now we will go back in order to connect these matters to finding one’s soul mate:

Our sages taught: “It is the way (“derech”) of the man to search for the woman, and it is not the way of a woman to search after a man. The Gemara compares it to a man who lost an item. Who searches for whom? Obviously, the owner searches for his lost item, not the other way around” (Kiddushin 2b). From the words of our sages, we learn that it is the woman who is lost and that the man must seek after her. But it is not enough to find the “lost object” (the woman); one must also foster the relationship and cherish her. It is not enough to build a building; one must also “maintain” the building in order for it to remain in existence. All the more so is this true of a home that a man builds with a woman. It is not enough to marry a woman. Many people have gotten married only to unfortunately see their marriage break apart, even though they bought gifts home all the time (as in the story above.)

However, there is also a different kind of “loss.” This is when a person loses his direction and the correct path in his life, as in the verse: “I went astray like a lost lamb” (Psalms 119:176). This is especially true if a person sinned, G-d forbid, in pegam habrit, with sins of immorality in marital relations. This is the main cause of losing what is good, and it is the main cause of all the troubles and hindrances. And then the woman does not want to go after him.

In order to cause a woman to be drawn after him, one must first find the woman, and only then can he inspire her to want to follow him. It is for this reason that one needs to activate a “search project to find what was lost.” When a person searches for what he has lost, he focuses on his spiritual goals and truly and sincerely searches out the Creator. This is the secret of finding a lost object, whether they be a man’s spiritual losses or the woman who was lost to the man. Only when a person is proficient in both paths—meaning he is baki in “running” and baki in “returning”—does he illuminate the “way” (224)—the spiritual lights of the woman—and then she will blindly follow after him.

This is what Abraham hinted at when he commanded Eliezer to find an appropriate match for Isaac: “And if the woman does not desire to go with you” hints at the secret of how to draw the will of a woman to go after her husband. The letters of the words “v’im lo”—if [she does] not…follow after you” (when we skip the words “does not desire”)—can be rearranged to form the word Elul. In the middle the phrase, “the woman’s desire” is to be found. When a man does his part, when he merits to the kavannot of Elul, when he is baki in both paths and illuminates the “way,” then the woman will desire to follow him. He will find her, and she will blindly follow after him. This is what Avraham said to Eliezer: “if she agrees to go with you”—she will have the desire to follow after her husband.

Now that we have revealed the secret, it is now possible to buy gifts for the woman…

(Based on Likutei Halachot, Birkat HaPeirot 5)