Home Advice How Not to Get Offended
AdviceFaithReadWisdom

How Not to Get Offended

We cannot possibly understand what goes through another person’s mind and why. So why get offended, hurt, and hateful?

A while back I read a book called, “When I Say No I Feel Guilty” by Manuel J. Smith, all about acquiring skills for coping with manipulative and critical behavior. In the book, the author lists a Bill of Assertive Rights, such as: You have the right to change your mind; You have the right to say no and offer no excuses. For me, it was definitely one of those books that had me saying things like, “Say what?” and “OMG, really?” LOL!

This has really helped me – most of the time – to not take things personally and get offended. And ladies you know how it is with us girlfriends when we get offended… we tend to hold on to the negative feelings. This is a slippery slope that may lead to a “Do not hate your brother in your heart” issue, which may then lead to baseless hatred, which brings us to the reason for the destruction of the Second Temple and why we mourn on Tisha B’Av in the first place.

You have the right to make mistakes – and be responsible for them. I LOVE this “right” because it also goes the other way!

On the other hand, if I made a mistake and took what they said or did in the wrong way, and was offended even though they had no intention of offending me, I also had a right to make that mistake – and I too will have to take responsibility for it.

It’s okay. Hashem built into the system the reality that people are going to make mistakes – as well as be held responsible for those mistakes and hopefully, learn from them and do teshuva for them.  No need to fume, lash out in anger, or hate anyone in your heart.

Does this mean I have to be friends with people whose behavior or friendship seems offensive to me? No, I don’t know of a commandment that obligates people to be friends with every single person they come across. But it does mean that even though I choose to keep a distance from certain people, I don’t hate them in my heart. And should I see them on occasion, there are no hard feelings. While I choose to keep a distance from them, I sincerely wish them all the best.

I can do this because I know that they have a right to make mistakes, and only Hashem knows what led them to behave in the way that they did and if it’s acceptable or not. So, I’m able to stay objective as opposed to offended or hateful.

Another skill presented in the book, which also made a big difference for me as far as baseless hatred goes, had to do with coping with criticism. Here, the author recommends to offer no resistance at critical statements made at you by “Agreeing with truth, agreeing in principle” when being criticized.

How can this be done? Since there is usually some truth in a critical remark, you can agree with the truthful part of the remark. Even if the criticism contains no truth, you can still agree with it in principle.

For example, if someone criticizes you for not being on time, you can simply answer, “You’re right, I am running late today.” No need to offer excuses for why you are late or remind them of the last time THEY were late. Agree with the truthful part of the statement and move on. 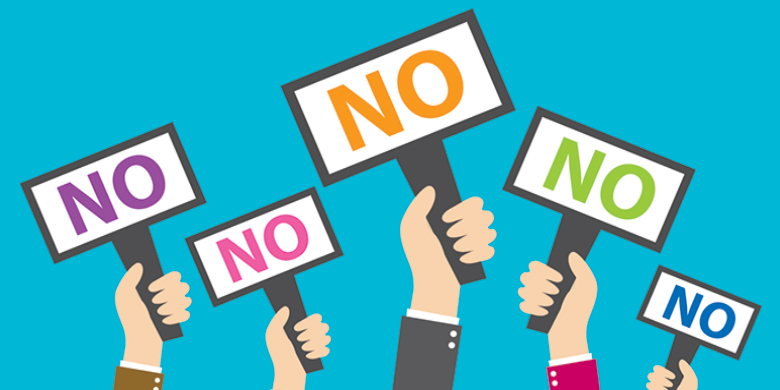 You have the right to say no and offer no excuses!

An example given in the book for a criticism that is not true is that of a person who knows for a fact that their IQ is well over a hundred, being told: “Your IQ is so far below normal that half a moron could replace you.”

The answer to that? “I’m not surprised you feel that way. Sometimes my brain works so poorly that I wonder if the IQ examiner didn’t make a mistake.”

By the way, some of the examples in the book are seriously hilarious!

I have found it so much easier to stay objective with the above skills and mindset. I also found these two skills so easy to understand and put into action. Thank God because this is one area where I’m a pretty slow learner if you know what I mean.

When using these two skills, it’s not about processing the hurt, searching for an old childhood wound that would explain the hurt, defending yourself, coming up with just the right comeback, showing the other person exactly how and why they are wrong, etc. It’s about remaining objective because the truth is – that’s all we can do. We cannot possibly understand what goes through another person’s mind and why.

So why get offended, hurt, and hateful?

The next time you are involved in an interaction that may lead to a baseless hatred scenario, remember: you and the other person as well, have the right to make mistakes – and be responsible for them.

And when someone criticizes you, there is probably at least a grain of truth in that criticism so why not remain objective by agreeing with and learning from that grain of truth instead of getting defensive?

You will feel so much better about yourself and just as importantly, since baseless hatred is attributed as the cause for the destruction of the Second Temple and the exile that we are still in today, by avoiding the transgression of baseless hatred you will help hasten the redemption!

Question: Everything is for the Good…

HOW TO STUDY TORAH (PART III)

Get Your Energy On – Starting Today!