HOW TO STUDY TORAH (PART III)

Broad knowledge. In conjunction with his desire that his followers “visit” all the sacred books, Rebbe Nachman also strongly emphasized the need for a general and extensive knowledge of the Torah. Accordingly, the Rebbe favored the study-method which produced broad knowledge, rather than the approach which developed analytical prowess. He did not agree that the majority of one’s study time should be spent on an in-depth analysis of a few pages of text. Spending months on dissecting a page or two of Talmud may make one a sort of “specialist” and sharpen one’s faculty for dialectics, but ultimately it also leaves the majority of students ignorant of most Talmudic tractates, not to mention the Torah’s other branches, even worse, its Laws.

Thus, another step in studying Torah involves mapping out the areas you intend to learn, focusing o covering as much ground as time will allow. This way you will have little trouble successfully finishing each book you begin, have enough time for reviewing it, and thereby gain a broad knowledge of Torah. Actually, this is the Talmudic teaching (Shabbat 63a): “Study everything, and then seek to understand!” (That is, first absorb the knowledge. Then sort it out and refine your understanding.)

Rebbe Nachman also pointed out that you need not rush immediately to review your learning. The best way is to continue on in the order of study. For example, when you finish the Mishnayot of tractate Berakhot, you should go on to the next tractate, Pe’ah, rather than review what you just learned. Continue at a steady pace. This way you’ll be able to study many of the holy writings completely and the go back to study them again (Rebbe Nachman’s Wisdom #76).

Rebbe Nachman pointed out that you need not rush immediately to review your learning. The best way is to continue on in the order of study.

Understanding and enunciating. Rebbe Nachman suggested that we study rapidly – with speed and simplicity – and not spend too much time on each detail. We should try to understand each thing in its own context and enunciate the words of Torah as we study them. There is no need specifically to elucidate the words as we progress down the page; if we just carry on, the meaning will become clear as we proceed (Rebbe Nachman’s Wisdom #76). It is good, however, for a person to elucidate his studies in the language he understands (Likutey Moharan I, 118). Either way, we must work to understand the material we’re studying. It’s not enough to just repeat the words without knowing what we are saying. Lack of understanding cannot be considered learning (Sichot V’Sipurim p. 87 #13).

Keep on going. What happens when, while just trying to understand the text simply and within its own context, you still don’t understand? From Rebbe Nachman’s advice it is clear that the thing to do is to keep on going. If, while studying, you come to a sentence or two that you don’t understand, or some concept that is beyond your comprehension, don’t stop there. Most texts, after all, have difficult passages. Just mark the unclear point and proceed further. This way, your quick study will enable you to absorb a lot. You will be able to review what you have studied for a second and a third time… And, because you will have studied so much more since you last attempted to comprehend this material, you will succeed in understanding it the next time around. Even if there are some things you never understand, the quantity outweighs all else (Rebbe Nachman’s Wisdom #76).

This method of study which the Rebbe advises is actually mentioned in the Talmud and in later works (Avodah Zarah 19a; Orchot Tzaddikim #27; SheLaH, Shavuot; Maharal MiPrague, Netiv HaTorah and a good number of other leading Codifiers). Even when he was young, Reb Noson also showed a preference for this more general and direct approach to studying. Unlike his classmates who, whenever they were tested in Talmud, would always try to impress the teacher by searching for difficulties and clever solutions, Reb Noson read and explained the text simply and clearly. When he said that he just didn’t have questions like the other boys, his teacher remarked that his simple and accurate recital was far better than the convoluted questions posed by his friends (Aveneha Barzel p. 3).

When Rebbe Nachman told him to study Kabbalah, Reb Noson complained that there were many points in the Etz Chaim (the Ari’s main treatise in Kabbalah) that he did not understand. The Rebbe advised him to mark off each part he failed to comprehend. “The next time you study it you will understand it, and then you can erase the mark.” Reb Noson said afterwards that each time he reviewed the Etz Chaim, the marks became fewer and fewer (Rabbi Eliyahu Chaim Rosen). 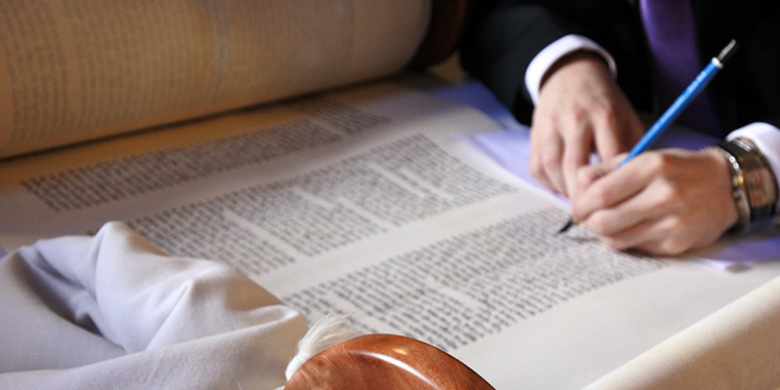 Every Jew is a letter in the Torah!

Guard your tongue. Rebbe Nachman teaches: Every Jew is a letter in the Torah. Thus, there are six hundred thousand letters in the Torah, equivalent to the six hundred thousand Jewish souls in Creation. When you find fault in a fellow Jew, you are, as it were, finding a blemish in Torah and rendering it incomplete. However, by not speaking against or belittling another Jew, and by emphasizing his good points, you will also find the Torah perfectly beautiful. You will then have a deep love for the Torah and this love will lead you to great diligence in your studies (Rebbe Nachman’s Wisdom #91).

“For I know that HaShem is great”

THE GREATNESS OF PRAYER 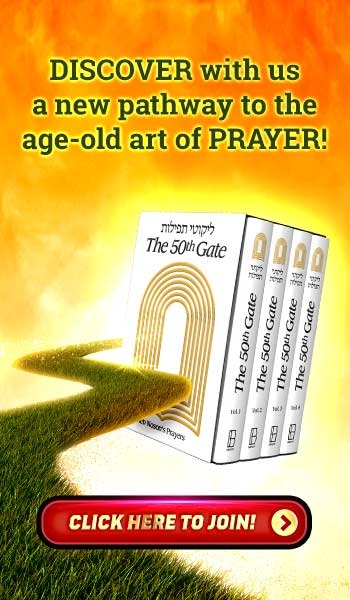