Know and Enhance Your Power

Is it just me, or does the fact that the very first time a woman is mentioned in the Torah, she is called an ezer kenegdo – a helpmate opposite him rather than isha – woman, intrigue you?

Hey Ladies! Today, I’ve got some important information for you about an inherent power we all possess. Ready? Let’s get right into it.

And the Lord God said, “It is not good that man is alone; I shall make him a helpmate opposite him.” – Bereishis 2:18.

Is it just me, or does the fact that the very first time a woman is mentioned in the Torah, she is called an ezer kenegdo – a helpmate opposite him rather than isha – woman, intrigue you? I sure found it very interesting, so I decided to take a closer look. While what I am going to share with you is not the popular interpretation of this verse, I found it to be the most inspiring for me as a woman and a wife.

The Gemara relates that Rabbi Yose met Eliyahu Hanavi and asked him what is the meaning of the words “I will make for him a helper”? The last line of the reply was: “She enlightens his eyes and stands him on his feet”. Eliyahu is coming to show that only through the joining of a woman to a man can he fulfill his destiny and achieve his completeness. For what use is there for eyes without light, and what use are feet that cannot stand?

Eliyahu HaNavi’s explanation shows that there exists a deeper meaning to the word “helpmate”. The word ezer is translated as a helpmate, however in Hebrew, the root letters of each word enable you to decipher its exact meaning.  The two-letter root of the word ezer is oz, which means power, or might (see Bereishis, 49:3). So the woman as an ezer, is more like a helping power.

The Sforno explains that the ezer kenegdo is a helpmate who will be equal to him, also reflecting the Divine image. This is essential for him if he is to know what precisely his needs are and so that he can meet them on time. So at times, the woman acts “kenegdo”, opposite him, in order to clarify for her husband.

The following examples show women using their oz to help their husbands do the right thing, despite their husbands not having complete clarity that this is what they must do no matter what.

In Parshas Korach, On ben Peles’s wife gives him advice and takes action that leads to her husband being saved from ultimate destruction. She tells him not to bother rebelling against Moshe because either way, even with Korach being the leader, he will remain a follower. But On ben Pelet argues with her saying that he had already made a plan with Korach and his congregation and swore to them that he will go with them should they come to call him. There’s nothing he can do now. She then replies, “Sit at home and I will save you”.

The Gemara relates that Rabbi Yose met Eliyahu Hanavi and asked him what is the meaning of the words “I will make for him a helper”? The last line of the reply was: “She enlightens his eyes and stands him on his feet”!

She then goes on to get him drunk and passed out so that he does not have to consciously go against his oath. And she then sits by the door of their tent and lets her hair down so that Korach’s men, upon seeing her immodesty, would not come near the tent to take him. Thus, On ben Pelet was spared from the terrible fate of Korach and his congregation.

Devorah the Prophetess, a tremendously righteous woman and Torah scholar, also known as “the wife of Lapidot”, merited this second name because she helped her husband, who was unlearned, fulfill his part in the study of the Torah and thus merit the World to Come. She did this very cleverly, as told in Judges 4:4, by telling him: “Come and I will make wicks for you, which you will take to the Tabernacle at Shiloh. Thus, your lot will be with proper people, and you will merit the life of the World to Come.”

Akiva’s wife Rachel, upon seeing her husband’s discouragement to go to cheder because of  the children who laughed at him there, went on to show him in an indirect way, that the children’s laughing will eventually stop. Rachel sent Akiva to the marketplace with a donkey that had a garden growing on its back. When Akiva walked into the marketplace, everyone pointed at the ridiculous site and laughed and jeered at Akiva. This went on every day until eventually people were so used to seeing Akiva and his donkey that they no longer paid them any attention. Akiva got the hint and returned to the cheder.

These women used their oz – their power, to encourage their husbands to fulfill their destiny and achieve completeness, all the while being “kenegdo”, opposite their husband. Realizing that your husband has conspired with a person who wants to rebel against Moshe, worrying that your unlearned husband won’t merit the World to Come, and seeing that your husband is intimidated to go learn Torah even though you sacrificed everything to marry him so he can learn Torah, are all very challenging situations. Yet when a woman acts as the ezer kenegdo, she’s able to help her husband through very difficult situations such as the above.

Were we created to be influencers? It sure looks like it to me!

The above explanations and stories struck me because to me, they clearly show that as an ezer kenegdo, we have been granted a power for influencing, cheerleading, and empowering our husbands to do Hashem’s will and fulfill their missions in this world. And we are meant to go abouth this even when our husband is… not that into “the cause” or even against it. 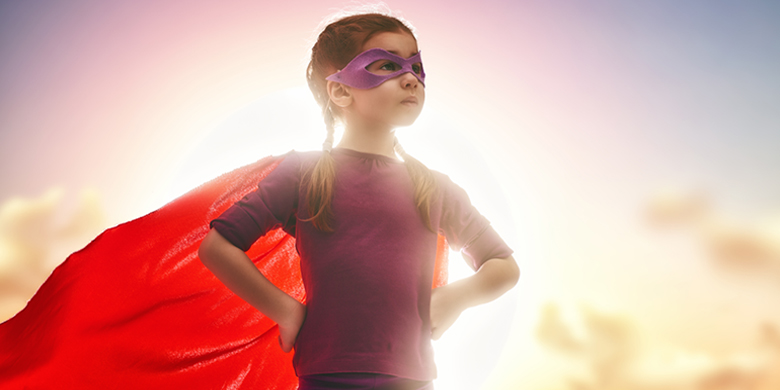 Were we created to be influencers? Yes!!!

This brings me to another point, which I’m sure I thought of due to my working in women’s wellness and anti-aging. As influencers, cheerleaders and empowerees, shouldn’t we look and feel the part? After all, we live in a world where a good impression does make difference. When you go on a job interview, attend a wedding, or post on social media, you do your utmost to look your best, right? Shouldn’t we do the same when influencing and cheerleading in the home?

I don’t mean that we should look like the typical cheerleader however when we look healthy, radiant and vibrant and consistently work on being our best, that is a motivator for those we are trying to influence for the good, to be and do their best. Again, this is just my opinion but if it resonates with you, I hope you use it to motivate yourself to look and feel healthy and high energy no matter what your age.

The state of health of your GI tract, and what it contains affects your brain and nerves in a very profound way. The gastrointestinal tract is the food you eat ends up so try to eat the highest quality food you can such as whole food, organic food, fresh food. Overeating and processed foods rob you of your life force energy. Moderation and eating lots of fresh fruits and vegetables are two of the greatest keys to higher energy, youthfulness and leading a meaningful productive life. Drink plenty of water, get enough sleep and exercise regularly even if you cannot manage 30 minutes a day.

Maintain your  teeth, hair, and nails by keeping them clean and well taken care of. Dress nicely and do your makeup even if you work from home or are at home with the kids on zoom. Touch up your makeup and check your clothes for stains before your husband comes home.

A healthy body and appearance emanate a healthy and happy spirit. Your husband is affected not just by your words and appearance, but by your energy and inner being. Plus, he finds a radiant, healthy appearance attractive. Think about any kind of teacher or coach – their looks and attitude affect your learning and being influenced by them do they not?

Hashem’s Infinite Light of love, truth and care is flowing through you at all times. Use it to influence, cheerlead and empower your husband or as Eliyahu HaNavi puts it – to enlighten his eyes and stand him on his feet.

You Are Bigger Than Your Mistakes

“Peace for Our Time” – Parshat Bachukotai

Take Your Holiness With You

Anniversary Trip in the Making – Part I

Ask A Breslover: How Do I Be Happy?

If You Don’t Love Yourself, You Will Lose...

Peace in the Home