Received via the Shabatton host – the Los Angeles Link Kollel: 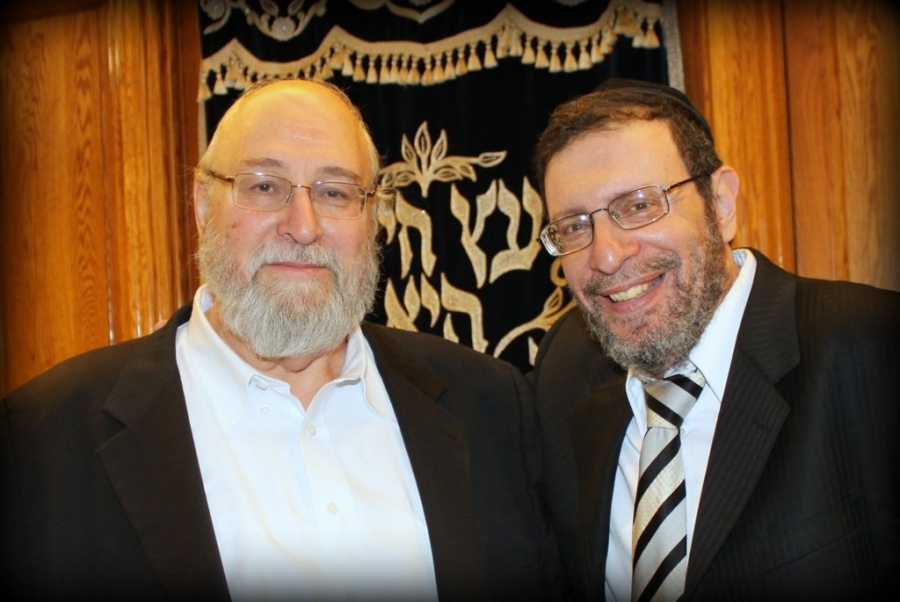 Over 200 Attend Shabbaton with Rabbi Chaim Kramer at LINK LA

The LINK Kollel in Los Angeles capped off a hectic two weeks of programming with a very successful Shabbaton and musical Melave Malka with Rabbi Chaim Kramer, Director of the Breslov Research Center in Jerusalem, during Shabbos Parshas Balak.  Over two hundred people attended at least one part of the many presentations and/or the festive Melave Malka.

Rabbi Kramer, a native of Brooklyn, learned at the Mirer Yeshivah in both Brooklyn and Yerushalayim before founding the Research Institute in Israel in 1979. Since then, he has become the foremost expositor of the teachings of Rebbe Nachman of Breslov in the English language. The Institute has published  over one hundred-fifty works, many of which he personally authored.  His folksy, disarming style replete with deadpan humor, belied the depth and profundity of his many presentations.

At the Seudah Friday night, he spoke about the famous teaching of Rebbe Nachman that this world is “a narrow bridge.”  He applied it to how one should incorporate simcha in one’s life as a Jew while avoiding the many pitfalls of succumbing to temptations and false theologies.

During the luncheon on Shabbos, he gave a very penetrating talk on twelve parts of the body that have the most profound effect on our physical and spiritual health.  He masterfully sketched the mystical correspondence (based on the Zohar) between these body parts and their role in affecting our Neshama. With this, he demonstrated how our physical bodies can become subordinated to our spiritual yearnings.

In a talk before Mincha, he utilized several of the famous parables of Rebbe Nachman to help unlock the secret of the power of Shabbos.  Finally, at Shalosh Seudos, he related the well-known parable of Rebbe Nachman called “the Lost Princess.”  He related the brilliant explication of Rebbe Nosson of Breslov that sees all of world history – beginning with the Creation through the Revelation of Sinai culminating with the rebuilding of the Bais HaMikdosh with the advent of Moshiach – all hidden in this parable.

Despite the lateness of the hour (beginning at 11 PM Motzai Shabbos), close to 100 people attended the musical Melave Malka.  The local Breslov Band warmed up the crowd with beautiful niggunim, setting the stage for Rabbi Kramer’s final presentation. He related about a dozen amazing stories of Jews that he met in his many travels around the world (disseminating the teachings of Breslov) who had returned (or even converted) to Torah Judaism as a result of reading the works of Rebbe Nachman in English.  The band then played several rousing final songs to round out the inspirational Shabbaton, ending at nearly 1 AM with the crowd still in rapt attention.

Would you be interested in hosting a Breslov Shabaton in your community? Please contact us and we would be happy to work with you.

HELLO DEAR KEHILLA PRESIDENT
this is a new offer to make SHABATON with special lectures on the topic of raising children
By Rabbi Abraham Barzilai
Dates available: 25 May – 31 July

Great, you wonder why Jews stop gong to worship? Look in the mirror , you stop answering your phone when it rings, You stop talking to us because you Think your a better Jew, You are Richer, more educated , You have a better house, you are prettier, more handsome. You are whiter. Well keep thinking that way. A beautiful Temple in Palm Springs will be sold in Palm Springs next your, that used to have a membership of over 600 souls, I cry because they became so exclusive they exculded everyone. Unless you are as Rich as Bill Gates. No one wants you here. Especially if you are not gay, my children remains living close by to help me care for their father, We pray at home I wanted more information for my 10 yr. old grandson who likes what he saw on your video,He ask me “Grandma where can I learn to be like them”So I tried to call the numbers listed. Out of service was the answer. Are you fakes? You got me upset I wanted to get the information for my grandson Ari. May Hashem Bless you with the same Happiness you have given me I am a week short of 72 yr. old . I believe the soul live on I will have a conversation with Rebbe Nachman in the next realm . I know he understand my pain of not wanting my grandson to lose his way He was so happy he actual wanted to learn more their are no teacher in this wilderness. He doesn’t want to be a reform Jew . He wants to be like the Rebbi

Together let us build the Third Beis...