It is permitted and sometimes a person even has to ask questions, and yet, the Torah greatly praises Am Yisrael for having said “na’aseh” (“we will do”) before “nishmah” (“we will hear”). They did not ask questions and were willing to accept everything Hashem said without making any investigations. What should we do: ask or not ask? This is the topic of this week’s parsha discussion.

This week’s Torah portion is parshat Mishpatim, and it deals with the laws bein adam l’Makom (between a person and G-d) and also bein adam l’chavero (between people). Rashi explains that the Torah is teaching us that just as the Ten Commandments were given from Sinai, so too did all the laws of the Torah originate at Sinai, and they were also given to Moses (Rashi on Exodus 21:1). At the end of the parsha the Torah relates that when Moses went down to the people to teach them Hashem’s Torah: “He took the book of the covenant and read it aloud to the people.” And Am Yisrael answered as one: “They said, ‘Everything that God has said, we will do, and we will hear’” (Exodus 24:7).

Our sages greatly praised Am Yisrael for their dedication, willingness and daring to say “na’aseh” before “nishmah,” meaning that they would uphold and do everything even though they did not yet know what would be requested of them to do. Our sages say that at the time that Israel said “na’aseh v’nishmah,” the malachei hasharet, the ministering angels, came down and rewarded each Jew with two crowns, one crown for saying “na’aseh” and the other for saying “nishmah.”

However, Rabbi Natan asks how these things can be understood in practice. How it is conceivable to say that you will “do something” before you “hear” what you will need to do in practical terms. How can a person do something before he knows what he is going to be asked to do? What is the meaning and purpose of this form of “doing”?

Rabbi Natan answers that the intention of Am Yisrael was according to the simple meaning of the words of the verse: “Whatever G-d has said we will do.” That is, Am Yisrael intends to fulfill the will of the Creator, and whatever the Creator commands them, that is what they will do. But according to this, the question again arises: why such great praise that the Nation of Israel said “na’aseh” before “nishmah”? After all, they intend to fulfill the will of the Creator after they hear what the Creator commands them, and if so, again, we are talking about action after hearing?

Our sages greatly praised Am Yisrael for their dedication, willingness and daring to say “na’aseh” before “nishmah,” meaning that they would uphold and do everything even though they did not yet know what would be requested of them to do!

Rabbi Natan explains that the novelty of the answer of Am Yisrael is the fact that they were willing to do whatever Hashem said, solely because Hashem said it. The Nation of Israel accepted upon themselves to follow after Hashem even if they did not understand why they needed to fulfill what He said, and to accept the Torah unquestioningly, with simple faith, without any philosophical inquiries, and to keep all that G-d commands even if they do not understand the reasons for the mitzvos and the ways of the Creator with His lofty levels of comprehension. This fact is indeed worthy of praise, and precisely by accepting the Torah and the commandments of G-d with simple faith without philosophical inquiries, one is then privileged to attain and understand the reasons for the commandments. This is the phrase “na’aseh v’nishmah.” “Na’aseh” hints at the fulfillment, and “nishmah” hints at understanding as King Solomon requested: “Give your servant an understanding heart” (Kings I, 3:9).

To understand things better it is important to appreciate that Am Yisrael were not naive. They were not “well-behaved and disciplined children” who agreed to and carried out everything they were told. They were well capable of being oppositional like all the other nations which rejected G-d’s offer to give them the Torah. The Nation of Israel were wise and able to carry out intensive investigations that could cause them to make mistakes, so much so that even all the incredible signs and wonders that Moses did before their eyes would not have influenced them if they had not thrown aside all these chochmot (wisdoms) and followed after Moses in all simplicity and innocence. As Rabbi Nachman taught:

“The main thing and the foundation on which everything depends is attachment to the true tzaddikim and accepting their words whether they be regarding a small or a large thing, without deviating from their words right or left, as our rabbis z”l  said, even if they will tell you that right is left and left is right, one should abandon all his chochmot (wisdoms) and put his own opinions aside as if he has no ability to think on his own and accept whatever he hears from the tzaddik and the Rav of the generation. As long as he still retains some element of his own intelligence, he himself is incomplete and his connection to the tzaddik is not complete. 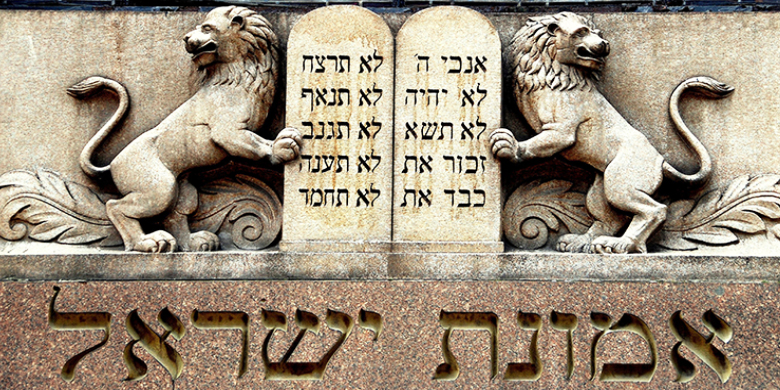 “Everything that God has said, we will do, and we will hear’” (Exodus 24:7) (Editorial credit: LEE SNIDER PHOTO IMAGES / Shutterstock.com)

Israel, at the time of receiving the Torah, had great chochmot, because they were worshipping the contemporary idols whom they had come to believe in through their great wisdom and intensive investigations, as is well known. And if Israel had not abandoned their chochmot, they would not have accepted the Torah, because they would have been able to refute it completely, chas v’shalom, and they would have had no benefit from all that Moses did with them, and even all the awesome signs and wonders he did before their eyes would not have been beneficial for them, for at that time they were heretics and deniers as a result of the stupidity and the mistakes of their own wisdom. But Israel is a holy nation and saw the truth and abandoned their chochmot and believed in Hashem and Moshe his servant and thereby, they received the Torah” (Likutei Moharan I, 123).

This is the reason for the magnitude of the appreciation that Am Yisrael received when they replied: “Everything that G-d has said we will do (na’aseh), and we will hear (v’nishmah).” In fact, their answer to Moses was: “Everything that G-d says we will do.” First, we need to completely nullify our minds to G-d’s words and accept that we will fulfill His commands unquestionably, even though we have great chochmot and investigative abilities, and only after we completely nullify our minds, “we will hear,” meaning, we will be worthy of understanding the reasons for these mitzvot and their explanations.

We have already quoted in our article on Parshat Bereishit the words of Rebbe Nachman: “We merited that Moses, may he rest in peace, chose for us a very good portion and gave us the Torah which he opened with, ‘In the beginning God created the heavens, etc.’ Without investigating any of the miracles, he simply commanded us to believe in Hashem with faith alone. Therefore, we are forbidden to start with any of our own investigations, G-d forbid” (Sichot Haran 5).

The basic precept of our receiving the Torah is that we accept upon ourselves everything that we learn and accept it in pure faith, if we had not abandoned all our chochmot, we would not have been able to receive the Torah at all, despite of all the signs and wonders that Moses did before all the Nation of Israel.

Let’s explain these ideas as per their daily application:

“Na’aseh” – we will accept upon ourselves that everything G-d says is the ultimate truth and not question it. We will not try to be over-sophisticated, even if we think we have reason to fire up our wisdom and investigate the laws. Rather, we should abandon all our wisdom and do what the Creator commanded us in His holy teachings.

And “nishmah” – we will try to understand to the best of our ability to enlighten ourselves with the reasons for the mitzvot, but only by behaving with utter simplicity and lack of sophistication, without any investigations at all. We are not a nation that does everything we are told to do because we have no personal intelligence—not at all. We have plenty of individual intelligence, and yet we nullify our intelligence to the Creator and do whatever He commands us to do. This is the deeper meaning of the answer of Am Yisrael: “Na’aseh v’nishmah.”

As in the words of Rebbe Nachman in the Torah we quoted above: “The main task is to be simple and straightforward. Fear God and flee from evil, without any chochmot. And King Solomon, may he rest in peace, about whom it is written: “And he was wiser than all men” (Kings I, 5:11) said: “For I am more boorish than any man, neither do I have man’s understanding” (Proverbs 30:2). And Assaf also said: “But I was brutish, and I did not know; I was [as] a beast with You” (Psalms 73:22). And it is also written: “There is neither wisdom nor understanding nor counsel against the Lord” (Proverbs 21:30).

Do It With Mirrors