Out To The Field – A Bissel Iz Oich Gut Yomi

written by An Aspiring Breslover June 9, 2014

Since “becoming” a Breslover almost two years ago, I have put off learning this lesson in Likutey Moharan as long as I could since I knew it would obligate me to return to learning Gemara once again. I have tried and tried again to learn Gemara and always ended up just putting it back on the shelf; uninspired. However, with this new “eitzah”  from saying Tehillim,  I felt re-energized to brush myself off and give it another chance.

In his book, The Tree that Stands Beyond Space, Rabbi Dovid Sears wrote,

“We see that the study of Likutey Moharan is not merely an intellectual process, but a means of spiritual transformation. In addition to textual study and engaging in the requisite practices, we begin to see the world in a different way. We begin to live with Hashgachah Pratis (Divine Providence), using the Torah discourse as a lens through which to perceive the hidden messages God constantly sends us.

This often may take rather dramatic forms. Therefore, it is useful to keep a daily journal of “meaningful coincidences” and how they relate to the Torah we are studying and our reflections on its meanings. This synchronicity can manifest itself in such an encompassing manner that the world we experience seems to become a commentary on the Torah discourse and not the other way around.”

Opening up the Breslov Research Institute volume to this lesson, I was amazed to encounter a number of these “meaningful coincidences”. The first “coincidence” was that my selection to begin learning Maseches Sotah that deals with maritial infidelity seemed to be thematically connected to the story behind this lesson in Likutey Moharan. The footnote, quoting from Tovos Zichronos, relates the following story,

While living in Zlatipolia, Rebbe Nachman had encountered unrelenting opposition, particularly from the Shpola Zeida and his followers. Ladizin, some several hundred kilometers to the west, was very different. There, he was received with considerable honor by the local inhabitants. As it happened, that Friday night one of the locals, a follower of the Rebbe, was making a sholom zochor (the customary celebration in honor of a newborn son). Many of the townsfolk were present, including Ladizin’s chazan (cantor), was expected to lead the singing at the celebration. However, being a follower of Rebbe Nachman’s opponents, the chazan had taken a seat at the far end of the table and showed no intention of initiating the singing. The Rebbe sent his host to find out why. “I just don’t have a voice right now,” the chazan insisted. Even the threat of losing his customary financial remuneration made no difference. He kept insisting that he had lost his voice. “Then I’ll just have to give him a voice,” the Rebbe countered when told the chazan’s excuse. Others began to sing instead. Later, as the celebration was about to conclude, Rebbe Nachman made a comment that left everyone perplexed. Quoting from Proverbs 29:3, he remarked, “Doesn’t Scripture teach that ‘who keeps company with prostitutes loses his wealth’ – his voice?” The next day, Shabbos, Rebbe Nachman taught this lesson [Likutey Moharan I:3], and left for Breslov early the following week.

The following Shabbos, one of the poorer residents of Ladizin also made a sholom zochor. This time, the chazan didn’t even show up. This callousness incensed several members of the community and they sent a delegation to bring the chazan, so that the poor man would not be embarrassed. But when they arrived at the chazan’s home, they were surprised to find only his wife there. The chazan had gone out, telling her that he was on his way to the sholom zochor. On their way back, the delegation decided to look for the chazan at the home of his best friend. When they got there, however, they were again disappointed. The house was dark and no one responded to their knocking. They were about to leave, when they spotted the chazan running out the back door. For some time, there had been talk about the chazan’s and his friend’s wife. But the rumor had never been substantiated. The chazan’s friend had birds nesting near his house, and the chazan attributed his frequent visits there to his desire to hear their melodious chirping. Now, however, the truth was out. The news spread fast and the chazan fled from Ladizin in shame.

After this incident, it was clear to the people of Ladizin what the Rebbe meant when he said, “Then I’ll just have to give him a voice,” and why the Rebbe quoted the verse about associating with prostitutes. The town’s inhabitants were awed by Rebbe Nachman’s prophetic vision. Many became his followers and, inspired by this lesson, formed groups to study Mishnah and Talmud after Ma’ariv each night.

As I began learning through this new lesson in Likutey Moharan,  I was immediately struck by how the Rebbe taught that the Talmud Bavli represents an aspect of darkness. Though as I reflected on it, I understood that perhaps the comparison shed light on the underlying reason why learning Gemara was so difficult to me. Pointing this out to a friend, he also mentioned his own struggles to learn Gemara and remarked somewhat tongue in cheek,  “When I sit in front of a Talmud Bavli, I know that I am in a dark place”. In addition to the comparison to darkness,  I was also amazed to see that in Likutey Halachos, Hilchos Apotropus 3:7,  Reb Noson taught that Gemara was also a bechina (aspect) of marror (bitter herbs) since a person needs to really work through the difficulties learning it.

Next week, I will tell you about how I began implementing the Rebbe’s advice during that time of day when I want to fall over from exhaustion.

If You Want It, Ask For It

The Things I Have Been Through in My...

HOW T0 FIND ONESELF SPIRITUAL INSPIRATION FROM SEFER... 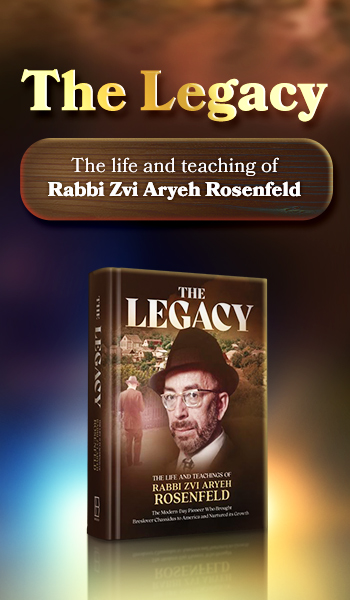 Hashem’s Battle Against Amalek in Every Generation

An event that happens only once in...