Home Prayer Out To The Field – Finally Accessing The Advice
Prayer

Out To The Field – Finally Accessing The Advice

written by An Aspiring Breslover June 2, 2014

I was beginning to wonder when I would be able to access any of the eitzah in avodas Hashem that I wrote about here through saying Tehillim. Things down by the rock by the river certainly did not seem to be going my way. A large rain storm made the water level rise and almost entirely cover my rock. 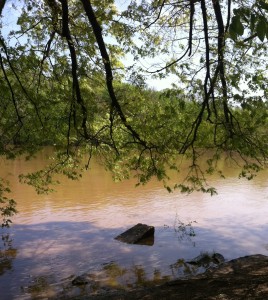 When the water level subsided almost a week later, the rock was covered with mud and I was unable to sit on it. I went looking for a new place to say Tehillim during my lunch break and found a nice stone park bench near some woods not far away. 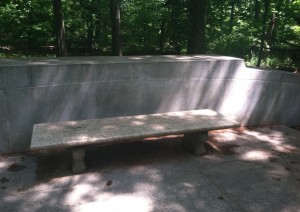 One day while I was in the midst of saying Tehillim, an elderly man walking a little fluffly white dog came over to me and said, “This sure is a nice place to read Talmud, isn’t it?.” After making some small talk, he asked again if I was studying Talmud (i.e. Gemara).

I didn’t think anything of this interchange until later in the day when I went back to the office and saw a new posting on the Breslov Center’s website which mentioned the necessity to learn Gemara every day. This posting resonated with me strongly since I had stopped learning Gemara six months ago after concluding that I simply wasn’t cut out for it. I rationalized that learning Mishnah Yomis was enough  for me to cover the base of learning Torah she’ba’al peh (the Oral Torah).  Afterall, I still had never gone through the entire Mishnah and Pirkey Avos 5:25 did say that  I should have started doing this at age 10!

Waking up early the next morning for hisbodedus, I had a tremendously strong feeling that I really did need to start learning Gemara and that my daily learning was deficient without it. Using the entire hour, I spoke to Hashem about this feeling and asked Him if this strong feeling was really coming from Him. I wanted to be able to decipher whether this inclination was from my yetzer tov (good inclination) or my yetzer hara (evil inclination).  Before the hour was over, I concluded that it was indeed something I needed to do and this feeling originated from my yetzer tov. I also understood that through saying Tehillim each day I was able to access eitzah that I needed. While the letters of my Sefer Tehillim did not glimmer for me with this eitzah, the eitzah did come to me in the form of the the old man’s  question and the posting about learning Gemara.

My attempts to learn Gemara in the past always failed because I tried to learn to much each day. In the past, I had twice tried to learn Daf Yomi, and later  just an amud (page) a day. Yet, both of these proved to be too much for my schedule.  Inspired with this new eitzah, I resolved to settle for something more manageable; one page of the Artscroll Gemara a day (i.e. the English side). At this pace it would take me four or five days to learn just one amud, however, I figured my retention of the material would be much better. Resisting the inclination to rush an to order a new volume of Gemara online, I decided to use one that I already had on my shelf; one that I started but never finished – a tractate that a good friend had once recommended. Actualizing the strong inclination to learn Gemara that very day before the momentum was lost, I opened up Maseches Sotah to page 2a1 and began my new seder limud in Gemara – a seder limud I have dubbed A Bissel Iz Oich Gut Yomi  (A Little is Also Good Yomi).

Settled Awareness – The Freedom Of Joy

Don’t Be Shy When Praying

Make Hitbodedut Wherever You Find Yourself