Home Prayer Out To The Field – Sitting Here Exhausted
Prayer

Out To The Field – Sitting Here Exhausted

The main avodah (spiritual practice) of this lesson is to learn Gemara at night. As someone who wakes up extremely early, doing anything at night is a REAL challenge. It is a nightly struggle just to say Krias Shema al HaMita (the Bedtime Shema) with any modicum of kavannah (intent)! So when considering how I was going to start implementing the Rebbe’s eitzah (advice), at first I was baffled since I knew that if made sure to learn A Bissel Iz Oich Gut Yomi at night it would go in one ear and out the other. After Ma’ariv, it would appear something like this: 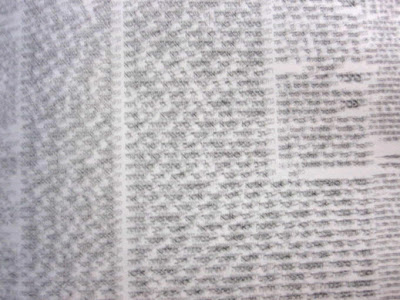 With this understanding of myself, I decided to keep learning Gemara in the morning when my mind was fresh and I could really apply myself. Yet, I still wanted to have a bechinah (aspect) of learning Gemara at night. Afterall, isn’t that what this lesson in Likutey Moharan is about anyways?!

One of the first solutions I came up with was to learn Gemara once I woke up since it is still before alos hashachar (dawn) and hence still technically night. Nevertheless, I decided against this since I like to begin my day with an hour of hisbodedus and an uninterrupted hour each day is a precious commodity for a working man with a family. It then came to me one morning during hisbodedus that before saying Krias Shema al HaMita each night, I  should learn a shtickel (very small amount) of Gemara and try to compose a brief  prayer based on that shtickel.  In addition to following the Rebbe’s eitzah to learn Gemara at night, this  would also be following  the Rebbe’s directive in Likutey Moharan II:25 to turn Torah into tefillah (prayer).

I kept up this practice night after night and began wondering whether it was doing me any good. After about a week, I finally started seeing that this lesson in Likutey Moharan was in synch with the subject being addressed on the page of Gemara I was learning regarding the negative trait of arrogance and the importance of humility. In Likutey Moharan I:3, the Rebbe wrote,

“When a person rectifies his aspect of Malchus, he is able to rule over whatever he chooses. He can bring death to one person, or give life to another. The world would then be ravaged. To this [the Mishnah] says, ‘and judge everyone favorably.’ It is necessary to judge each person favorably, for the Holy One has no desire for the world’s destruction: ‘He did not create it a wasteland, but formed it to be inhabited.'”

With two seforim that I was learning each day pointing out the same thing to me, I realized that I needed to spend some time in hisbodedus to honestly evaluate myself in this regard. I asked myself the following questions, “Do I look down upon people who I perceive to be insincere?”, “Do I regard people who knowingly break halacha as if they have little emunah (faith)?”,  “Does it seem like people I don’t care for are praying to the same God that I am?”, and “Do I think it is possible that an unrefined and crass person has nekudos tovos (good points) that I do not have?”  Answering these questions truthfully,  I concluded that I was certainly not judging other favorably; that my thoughts were not in line with one of the things that the Rebbe was trying to teach me in this lesson.

In addition to returning to learn Gemara on a daily basis once again, the Rebbe was prompting me to take a good look at myself and start fixing another aspect of my personality still needs a considerable amount of work.  I began taking some baby steps in how I viewed others, however, I soon realized that I would need to return to the Rebbe’s most fundamental lesson devoted to this topic – Azamra (Likutey Moharan I:282) . Next week, I will tell you about my return this lesson which had once helped me tremendously, yet I had not re-learned it since “becoming’ Breslover.

Don’t Be Shy When Praying

“For I know that HaShem is great”