Why I love recalling personal redemption stories? Because they infuse me with the feeling and knowing that anything is possible, that Hashem is always there!

The Ba’al Shem Tov’s commentary on the verse in Tehilim 69, “Karva el nafshi geala”, explains that every person’s private redemption, speeds up the general redemption of the entire nation of Israel. This is because once we receive a personal salvation, we then see, realize, and feel that all of the judgements and difficulties brought upon us were actually Hashem’s active participation of loving kindness in our life.

This gave me the idea of writing down some of the personal redemptions that I have experienced in my life, in order to review as well as share them with family and friends in the next couple of weeks leading up to Pesach. Doing this will surely remind me that Hashem always comes through, and He is leading me and every one of us to the ultimate good. I want to sit at the Passover table and really and truly feeling that I have been redeemed and that surely the entire Nation of Israel, will once again be redeemed speedily in our time. I don’t want to simply read about it and discuss it, I want to FEEL it.

So, I am sharing with you two of several personal redemptions that I have experienced in my lifetime. I have quite a few amazing ones, but it would take way too long to tell over all of them.

In 2010 my husband and I, both US citizens living abroad, were audited by the IRS. The audit began with the IRS sending us a letter stating that we owed them $70,000, unless we were able to verify that all of the information that we had declared in our financial statements in the past five years was indeed true. The problem was that they requested our income to be proved through very specific forms. For my job at the time, I was not able to provide such forms since I was working for a company abroad, through a form that was legal but not accepted by the rules the IRS audit posed. Without getting into all of the details, our accountant said that best case scenario, they would accept the form that I did have, but would fine us around $10,000. Worse case scenario, they would not accept the form, and fine us $70,000. He said to pray.

I decided to do some very active teshuva. I went through all of my old planners searching for notes regarding money that I owed that I had possibly forgotten to pay back. There was and I paid up. I made a list of all of the people that I was on bad terms with or harbored bad feelings towards, and called them, shared my heart, and apologized.  I took a fairly large sum of money that I had been saving for some home necessities and gave it to my cleaning lady, who was in tremendous need of it at the time.

The audit and my teshuva process went on for quite a few months. In the end, the IRS did accept my proof of employment, and fined us $3500. However, since we were owed a $5000 refund by them for that tax year, they ended up sending us a check for $1500. Our accountant told us, and I quote, “You had an open miracle take place, you should be very very grateful!”

I want to sit at the Passover table and really and truly feeling that I have been redeemed and that surely the entire Nation of Israel, will once again be redeemed speedily in our time!

Another personal redemption occurred in 2014. That early spring, my sisters and I decided to fly to Miami in August, to celebrate my mothers 70th birthday with a happening party! This entailed expenses such as a $1400 plane ticket, hiring a babysitter for my small children for the afternoons, and paying for the party food. At the time, getting the money together for all of this was quite a feat. I started saving up for it.

Then, in mid-May, one of my best friends made the following declaration: “This June, you HAVE to join me on my annual women’s’ trip to Uman!” This sounded insane to me. I was just beginning to get interested in Rebbe Nachman’s teachings at the time, but to leave my family for five days to go to Uman? That was not on my radar in any way shape or form.

I told my friend that basically, I had no interest or money for this escapade, especially since I was flying to Miami in three months’ time. My friend replied that since I had two kids starting yeshiva and high school the following year, I must spend some time praying for their success and what better way to do this than by going to pray by the gravesite of one of the greatest Tzadik of all time. 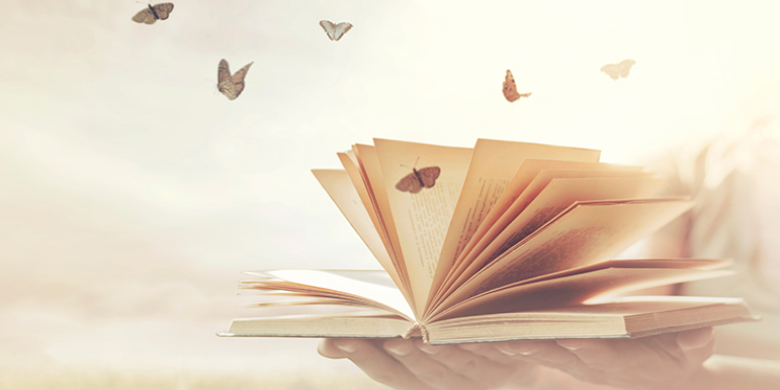 I don’t want to simply read about it and discuss it, I want to FEEL it!

As far as the money, she said, “You just told me that you put aside money for a plane ticket to Florida. Use that money to go on the trip to Uman and daven on the trip that in the merit of going to pray by the graves of the righteous, Hashem will send you the means to be able to purchase a plane ticket to Miami.” Totally simple, not a problem whatsoever. Yeah, right.

Eventually I listened to my friend and went on the trip. It was an amazing trip filled with so many good things, little miracles and coming much closer to Rebbe Nachman and his teachings. About a month after returning, my sister in Israel called me and said we better buy tickets for our Miami trip in the next two weeks before it gets too close to the date, since tickets will be more expensive and scarcer the closer the longer we wait.

I said, “Okay, let me see if I can get all of the money together in the next two weeks, but I’m not totally sure.” I knew I had a $400 work bonus coming in, but other than that, I literally had no clue how I would get an additional $1000.

A few days later, my husband and I drove together with my sister and brother in law to a family wedding. On the way there, my sister asked my husband (who is an attorney), a question about a legal matter that he was handling for her. My brother in law seemed a little surprised to hear that my husband had taken care of this issue for them and asked a couple of questions to clarify. The following day, my brother in law called me and said, “You know I didn’t realize that Avner had done all this legal work for us. I owe him money for his work. I have a lot of mileage points accumulated so can I pay for your ticket to Miami as payment to Avner?  (My brother in law flies abroad for work every couple of months so he accumulates a lot of milage points).

Boom! I was shocked. My ticket was paid for, and I did not have to lay out a single penny for it. Thank you, Hashem! What an incredible salvation that was!

Do you see why I love recalling personal redemption stories? They infuse me with the feeling and knowing that anything is possible, that Hashem is always there, and that surely, He can and will redeem us all speedily in our days, Amen! I encourage you to make such a list yourself. It will catapult you to a higher and so much more exciting level of knowing and feeling the reality of our ultimate and final redemption. What better feeling can one possibly have around the Seder table?

It is important that friends always be there...

How to Reveal the Truth – Parshat Balak

Wake Up and Live!

What’s the Matter With Us?

The Secret To Length of Days