Psalm 16:1 — The Red-Gold Crown of the Tikkun HaKlali

Psalm 16 sets the stage for personal exploration and praying to Hashem, which leads to the rectification that is the Tikkun Haklali…

“I have made these annotations only to satisfy the interest of those who would like to see a few of the more obvious allusions visible to people on our level. As for the true depths of Rabbeinu’s inner perceptions in choosing specifically these ten Psalms as the complete and total remedy, and telling us to recite them at his gravesite after his passing, this is something as far beyond our ability to comprehend as the heavens are high above the earth” (Parparaot LeChokhmah II:92).

Rabbi Nachman of Tcherin first published his significant commentary on Likutey Moharan in 1876. He intended to teach those seeking inner truth the power and efficacy of the Tikkun HaKlali (Complete Remedy) and the multiple levels of messages — the Pardes — to found in the individual words, phrases, and Psalms making up the ten.

Pardes (פַּרְדֵ״ס) is a mnemonic for the four levels of biblical exegesis, critical explanation or interpretation of a text, used by our sages throughout the ages to study the Tanakh and other texts. The word Pardes is viewed mystically as an acronym of pshat (the literal meaning), remez (hint, or veiled allusions such as gematria [numerology] and notarikon [word derivations]), drash (homiletical interpretation), and sod (secret, or the mystical, Kabbalistic, esoteric interpretation).

This article humbly continues the tradition of Rabbi Nachman of Tcherin, presenting obvious allusions to the different Pardes levels directly from a broad array of traditional commentators on Psalm 16:1, the start of the Tikkun Haklali.

Rebbe Nachman of Breslov (Rabbeinu) wanted us to say the Tikkun HaKlali daily and meditate on the meaning of the words to guide us in repairing and improving our connection to Hashem (deveikut), no matter where we are currently holding in life.

Rabbeinu also taught us to find ourselves in the words of the Psalms and the life of King David: “All the battles from which King David entreated God to save him — a person has to apply them all to himself … A person has to find in himself some merit and good point” (Likutey Moharan II #125).

An Overview of Psalm 16

Psalm 16 sets the stage for personal exploration and praying to Hashem, which leads to the rectification that is the Tikkun Haklali. Its central theme: understand that Hashem is always ready to forgive.

In this Psalm, David praises Hashem for all the good He has bestowed on him and the Jewish nation. He emphatically states that the good we receive is based not on our merit but on the merit of our holy tzaddikim (righteous ones), who have preceded us through many generations. The worship of foreign, false gods is rejected. Israel’s genuine success comes only from Hashem and His willingness to forgive our sins, as exemplified by the forgiveness of David for his indiscretion with Bathsheba. Philosophically, David affirms that Hashem created the universe and is involved directly with all His creations, especially the Jewish nation.

The Pardes of Verse One

Simple Translation: A michtam of David. Protect me, O God, for I seek refuge in You.

Broader Translation: A special musical arrangement [also, an eternal tenet] of David. Protect me, O Hashem, for I have [already] sought refuge in You. I humbly seek Hashem’s help and support to face the many problems and challenges life presents.

In analyzing this verse, let’s draw from the multilayered Pardes teachings of our sages.

Michtam: This word has many nuanced and profound meanings.

Michtam alludes to the character of David: 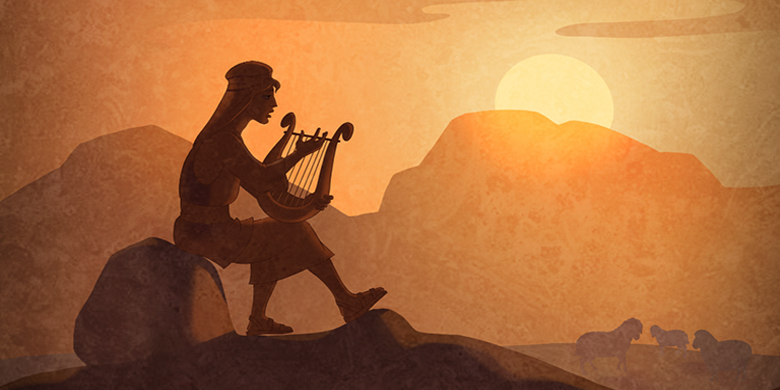 Protect me, Hashem, for in You I have taken refuge:

The word michtam also appears in the first verses of Psalms 56–60. These Psalms relate to David’s emotions and thoughts at extreme crisis points in his life, illustrating how he applied his central tenet of complete belief and trust in Hashem in all matter of misfortune and providing us with a lesson on how to turn to Hashem in our darkest hours for help. Presumably, Rabbeinu included Psalm 59 in the Tikkun Haklali to impart this vital message of emunah.

59:1 For the Conductor. Do not destroy. A song by David, a plea to be spared when Saul [sent men] and they guarded the house to put him to death.

Calling Out to Hashem (with Tikkun Haklali) provides the following background. This fifth psalm of Tikkun HaKlali offers 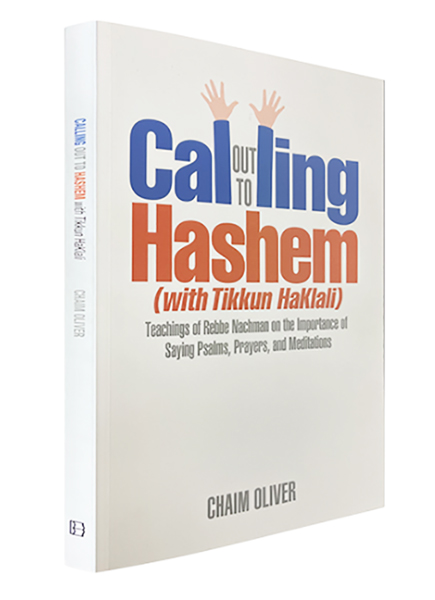 hope that one will be rescued from one’s enemies. The nasty story of Saul’s attempt on David’s life is recounted, telling us of how David was stalked by Saul’s henchmen and had to flee for his life. Here we are given words to contemplate Hashem’s control of the world and His promise to take vengeance upon the enemies of the righteous. (To understand this psalm, see Samuel I 19:10–16, which relates the story of Saul’s pursuit of David.)

The Waxing and Waning of the Moon

According to Kabbalah, michtam contains the words mach (striking, being humble) and tam. This is an allusion to the waxing and waning of the moon, which symbolizes the ups and downs of our life and the life of David. The moon symbolizes Malchut, the lowest of the Sefirot. Also, Malchut is this world, and Kingship its literal meaning. When the moon wanes because it lacks its own light, the sitra achra (other side, referring to powers of impurity) can attack it. Malchut is dragged down, so to speak. The moon waxes with holiness’s energies coming from above, from the higher sefirot. David literally experienced the mach, the moon’s striking, which is the symbol of Kingship, in the struggles and challenges he had to gain the kingdom and maintain it. Malchut has no light of its own and requires light from above to become tam and attain completeness.

Rebbe Nachman of Breslov gives us the strength to overcome our sense of yei’ush (giving up). “Seek Hashem as I did,” says King David in verse 1. “Take steps to rise from your darkness, and Hashem will wait to help you no matter what your station.”

The Tikkun Haklali was given to us by Rebbe Nachman so that we would not have to suffer when our moon, our Malchut — our lives — are in a dark period.

We hope this first article will help you learn more about the deeper meanings of the ten Psalms of the Tikkun Haklali and say the words with kavanah (intention).

Click here to purchase Calling Out to Hashem (with Tikkun HaKlali): Teachings of Rebbe Nachman on the Importance of Saying Psalms, Prayers, and Meditations, published by the Breslov Research Institute.

Chaim Oliver, a Breslov Teacher, is active with Breslov Research Institute in Canada. For many years, he has taught weekly classes on Breslov Teachings at the Beth Avraham Yoseph of Toronto Congregation and other synagogues. A professionally trained writer, teacher, motivational speaker and facilitator, Chaim has presented the Rebbe’s Torah to many diverse audiences and individuals. Professionally, Chaim is the Managing Partner of What If What Next, a full-service digital marketing agency offering PR, Web Site Development, SEO, Content Creation, and Social Media Management. He can be reached at [email protected]

Do We Hear Rachel Crying?

Is There Any Justification for Such Behavior? –...