How did the poor get what was truly his? Only because he strengthened himself with joy in his darkest moment!

There was a poor man who earned his living by digging clay. Once, while digging, he discovered a huge diamond. Taking it to the local jeweler for appraisal, he was told that there wasn’t anyone on the European continent who could afford such a stone. He would have to go to the diamond exchange in London.

The man sold everything he had and made his way from city to city until he finally reached the port. But by then, he had used up all his funds. Approaching the captain, he asked for passage on the ship. He showed him the diamond and explained that at the moment he was short of cash. He would pay the fare upon arrival in London. The captain readily agreed and gave him the best cabin on the ship. He also honored him by visiting him daily in his cabin, where the two men would spend hours talking and passing the time of the day.

During his meals, the man would keep the diamond on the table in front of him. He enjoyed looking at it and rejoicing in the glorious future which awaited him. Once, after dinner, he dozed off. Meanwhile, the steward came and cleared the table, shaking the tablecloth with its crumbs and the diamond into the sea. When the man awoke and realized what had happened, he was overcome by worry and sorrow.

Meanwhile, the steward came and cleared the table, shaking the tablecloth with its crumbs and the diamond into the sea…

“What will I do now?” he asked himself. “What have I left?” He had already sold all his possessions for the sake of the diamond. And if his grief weren’t enough, he realized that the captain would soon be joining him for their daily conversation. He knew that the captain was a ruthless man and would not hesitate to kill him for his fare. His world looked like it was about to cave in. It was then that he realized what he had to do. “Come what may,” he told himself, “I’m going to put on a happy face.” 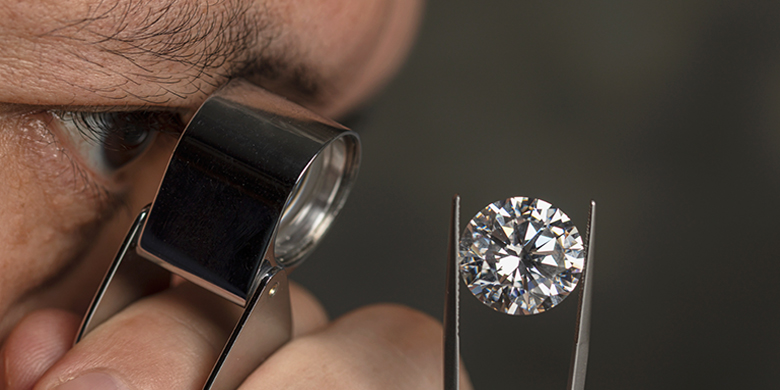 Having no choice, he continued to act happy, as if nothing had happened. He did this so well that the captain suspected nothing. After talking for a while, the captain said to the man, “I would like a favor from you. I have a full cargo of wheat in the hold. If I bring it in through customs, there will be heavy tariffs to pay. I see that you are a clever and honest person and I trust you. I would like to transfer ownership of the wheat to your name and let you bring it through customs. Afterwards, you can transfer the wheat back to me.”

The man agreed. He hoped that this favor would spare him from the captain’s wrath when he admitted that he could not pay for his fair. As it happened, as soon as they arrived in London the captain suddenly died. The entire shipload of wheat remained in the man’s name, and it was worth far more than the diamond which he had just lost.

Rebbe Nachman concludes: The diamond was not his, proof being that he lost it. The wheat, however, was his, since it remained with him. But how did he get what was truly his? Only because he strengthened himself with joy in his darkest moment (Rabbi Nachman’s Stories #19).

Why do the Children dress up as the Kohen Gadol (High Priest) on Purim? – Parashat Tzaveh – Purim

Seasonal Crafting and Decorating Ideas for You