WHAT IS SIMPLICITY? (PART II) 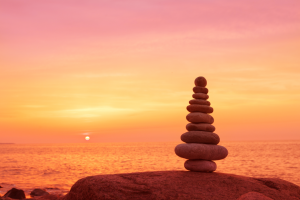 Achieving simplicity can be as elusive as defining it. Rebbe Nachman once remarked: People have often said to me that from the way the Holy Land is described in the traditional teachings, as something truly magnificent and extremely holy, they can’t imagine how it could possibly be part of this world (Likutey Moharan II, 116). The Rebbe said this because it points to a very valuable and necessary lesson in life. People mistakenly think that because something or someone is holy, it must look or act totally different. A good example of this is the Tzaddik, who though on a much loftier plane than the average person, he appears exactly the same as the rest of us. Outwardly, he eats and sleeps, has a family and may even be gainfully employed, just like everyone else.

The same is true of the Holy Land. Though on an exalted level spiritually, it is still a part of this physical world. Eretz Yisrael, like all the other countries of the world, appears to be governed by the cause and effect factors which produce times of war and times of peace, times of plague and times of plenty. In both cases, people expect to see some outward manifestation of the underlying holiness; some clear-cut sign of how they are different, some proof of how they are special. When, however, it is not forthcoming – when the Tzaddik seems like everyone else and the Holy Land seems to be just another place on earth – people are disappointed. Unfortunately, this disappointment eventually produces doubts. They question that Tzaddik’s holiness and wonder if he isn’t really just another simple person like the rest of us.

The source of this mistaken notion is actually one of man’s best friends, his imagination. It just so happens that man’s imagination can also be his worst enemy. From the above teachings, we see that we do not have to look for the “extra,” for the quality which stands out as obviously different and special, in order to feel that something or someone has merit and worth. Believing otherwise is a trick of the imagination. If we allow it to cloud our thinking, it fools us into rejecting things for their surface and simple value. We become convinced that we need to do more, to be more, and to feel more. Glitz, glitter and the glow of designer products prevent us from appreciating and cherishing that which is unadulterated. As a result, all too often we let our imaginations dominate our perspective of reality; we follow it as it leads us away from the genuine and the sincere, away from the straightforward and the simple truth.

Once, Rebbe Nachman gave a lesson about the greatness of the Holy Land: To be a Jew means to rise time and again, to be forever reaching to ever greater levels. Whoever wants to be a Jew can do so only with the merit of the Holy Land. Getting there is a major battle. But when a person merits arriving in the Holy Land, he is called a “mighty one,” for he has won the battle (Likutey Moharan I, 20 end).

After the lesson, Reb Noson asked, “What aspect of the Holy Land are you talking about?” He could not imagine that Rebbe Nachman was speaking literally, that he was referring to the land everyone knows as Eretz Yisrael.

“Simply! – I mean this Land of Israel, with these houses and these apartments,” the Rebbe answered (Tzaddik #141).

Exactly as it is, exactly what you see. That’s what Rebbe Nachman wanted Reb Noson to focus on. Simply Eretz Yisrael. And not – as most would have imagined! – some extra special feature and some abstract conjecture of the mind.

The coming of Moshiach – PART 1

Releasing Ourselves from Captivity