written by An Aspiring Breslover February 26, 2015 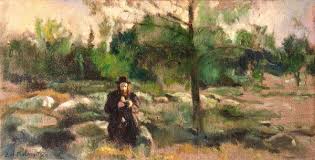 In everything we do in life, we want to see that we are making advances; especially something to which we are devoting an hour of every day. How can we measure our progress in the spiritual endeavor of hisbodedus?

Is it misguided to approach hisbodedus with the expectation of seeing noticeable results after routinely practicing it for a considerable amount of time?

The Rebbe discusses this feeling you describe—that sometimes it may seem to us that we’re making no progress. (See Reb Alter Tepliker’s anthology “Meshivas Nefesh” for a number of such teachings. The first part of the sefer was translated as “Restore My Soul” by BRI many years ago.) This is only natural. But it’s mistaken.

In Sichos ha-Ran #234, the Rebbe uses the metaphor of water dripping on a stone for the speech of hisbodedus; eventually the words will make an impression in our “heart of stone.” We just need to persist and be patient with ourselves. Hisbodedus actually changes a person’s heart in many ways, and these changes are not easily discernable from one day to the next. We don’t notice them until one day we suddenly realize that we’re different than we used to be in this respect or that.

Another example he gives is that of the “100 Year Tree” (see Likutey Moharan Tinyana, 48). This tree doesn’t flower for a century—and then one day, it explodes into bloom! So it may be with a person’s spiritual growth.

Elsewhere, the Rebbe tells us how we may destroy the yetzer hara on one level, only to encounter it again on the next level. So it seems like the same old yetzer hara; it looks like we are not making progress, when in fact we are. It’s just that we’re still “works in progress” (Torah 25). Only when we succeed in actually nullifying the ego that lies at the core of our spiritual problems and negative tendencies will we experience the goal of hisbodedus: what in Torah 52 the Rebbe calls the “Imperative Existent”—the “chiyyuv ha-metziyus,” by which I think he means meaning the Divine essence of reality.

Another benefit of hisbodedus is that it purifies and makes us ready for the unexpected moment when Hashem gives us a new hasagah, a spiritual “breakthrough.” This is the idea behind purifying the “seven branches of the Menorah” described in Torah 21—meaning our sensory faculties, corresponding to the seven apertures of the head, and their related middos, or character traits. By purifying those middos, we become fit to receive the higher da’as, which the Rebbe describes as a flash of insight that comes all at once. At that moment, our very being seems to light up like the Menorah in the Beis ha-Mikdash.

However, there may be an even more fundamental issue that’s relevant to this discussion: the difference between the mentality of “making progress” in the linear sense, and that of pure being.

These are two completely different states of mind. One is the “process” mentality, while the other is the experience of the “goal” itself. That experience is out of the framework of linearity altogether. It exist in the vividness of the present moment.

Reb Noson tells us how difficult his early years were, as he searched for a teacher and struggled to progress on the derekh Hashem, the spiritual path. He had a recurring nightmare about climbing a ladder and falling down to the ground. One time, he climbed very high—and suffered a terrible, painful fall. Then a young man appeared at the top of the ladder who called down to him: “Keep climbing, but hang on!” A little later, he met the Rebbe and immediately recognized his face from that dream.

One way to interpret that dream would be that “hanging on” alludes to hischazkus, which means encouraging oneself by focusing on one’s good points (as in Torah 282), or one’s potential to correct all the damage one may have caused (as in Torah 112); “climbing” denotes hisorerus, which means yearning for a higher level and striving to attain that goal. As we say in davening: “Kavei el Hashem (yearn); chazak ve-ametz libekha (take heart)…” We need to engage in both kinds of avodah.

But maybe “hanging on” alludes to a deeper kind of hischazkus. As we say (or sing) on Rosh Hashanah, “Ashrei adam az lo bakh … fortunate is a person who takes strength in You [Hashem]”—wherever one may be, regardless of the “ladder.”

As the Rebbe points out in Torah 33 (based on the Tikkuney Zohar), there is no place devoid of G-dliness—“les asar panui minei.” Hashem is the “place of the world” (Bereishis Rabbah 68); so we are always “there,” no matter what we may have done wrong, or no matter how seemingly terrible our circumstances may be. (Likutey Moharan Tinyana, 7; ibid. 56).

So in a sense, we have already “arrived” at the goal. All we need to do is open our eyes and realize that Hashem is present here and now, all around us and within us at the same time. Thus, true “progress” is no progress at all. It just is what it is—a pliyah, a total wonder!

The Baal Shem Tov describes this experience in a number of teachings that were preserved by his disciples. For example:

I will be sanctified by those who are...

Thank you. ? It was simply what I needed to hear. B”H!

B”H… This is great… Very helpful.

The Land of Emunah