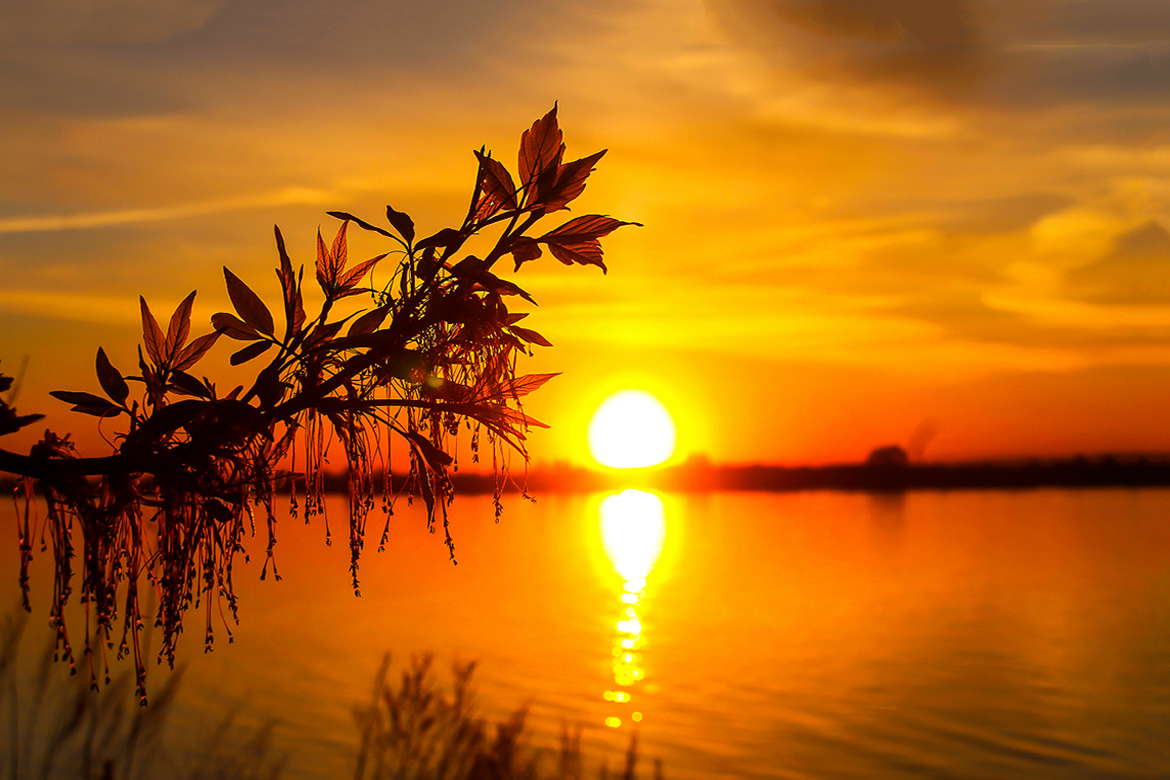 The 11th day of Cheshvan is the day of the passing of our mother Rachel.  Stories from the Torah and sages’ articles praising the righteous mother and her good deeds that constitute a beacon and a wonderful heritage for her children.

Today is the 11th of Cheshvan, the day of the Passing of our mother Rachel.

Every year thousands and tens of thousands go up to prostrate and pray at her grave, but this year, unfortunately, following the corona plague we are far away and we can’t come to her. It is not possible to get to the grave, but at least thinking and missing is possible and necessary.  And in the spirit of these days that everything is done by distant calling, we too will prostrate ourselves from a distance and communicate up close by learning the virtue and righteousness and good deeds of our mother Rachel.

Our mother Rachel was buried on the road to Ephrath near Bethlehem as narrated in the Torah:  Our ancestor Yaakov, while in the land of Egypt near his death, asks Yoseph who was a viceroy of Egypt to bury him in the Me’arat Hamachpelah in the Land of Israel.  When our mother Rachel died years before, Yaakov was on Efrat Road not far from the Me’arat Hamachpelah but yet he did not bury her there, if so a question arises, how could he ask Joseph to bother so much and make it all the way from Egypt to bury his father in the Me’arat Hamachpelah? So Yaakov says to Yosef: “Even though I bother you to lead me to be buried in the land of Canaan and I did not do so to your mother when she died near Bethlehem… and did not even go to Bethlehem to enter the land, and I knew there was in your heart this question about me, but know that because of her burial there,  When Nebuzaradan will chase the Jews away from Israel, and they will be passing through there, Rachel will go out from her grave and weep and beg for mercy on them, which was said: “A voice is heard from heaven and Gd answers:” There is a reward for your action… sons returned to their borders “(Genesis 10: 7  Rashi).

We will quote stories from the Torah and from the articles of our late sages and the righteous of the generations in praise of our mother Rachel, her righteousness and good deeds, will be a lesson of honesty for us and for all the people of Israel.

Our mother Rachel was the little daughter of Lavan the brother of Rivka mother of Yaakov.  When Esav the brother of Yaakov sought to kill him, Yaakov fled to Haran, he came to the well as narrated in the Torah “And he saw a well in the field… Yaakov saw Rachel come with the sheep of her father. ”(Genesis 26: 2).

In the Gemara it is narrated: Yaakov asked Rachel: Will you marry me?  She replied yes, but my father is known as a dishonest person and he will deceive you.  Yaakov asks: And what is his deception?  She replies: We are two big sister Leah and I am the little one, and he will not allow me to get married before my big sister, and no doubt he will cheat on you and tell you that he is giving you myself as your wife and in the end he will arrange for you my big sister Leah.  Yaakov answers her: “Because he is my mother’s brother” if necessary I know how to be his brother – that is, to deceive him.  For thus it is written: “and with a stubborn one you will be twisted (Psalms 18), Jacob gives signs to Rachel so that they cannot exchange between her and her sister.  (Tractate Megillah 13: 2).

Lavan agrees to give Rachel to Yaakov, but he deceives him and does not tell him that he has no intention of giving Rachel before Leah. Yaakov clearly concludes with him “I will serve you for seven years in your little daughter Rachel”, Lavan confirms things, but when the time comes after seven years of work to marry Rachel, Laban blatantly violates the conclusion and deceives Jacob and brings him Leah. But how did Lavan manage to deceive him, he gave signs to Rachel?  The Gemara says that when Rachel saw Leah being put in, she said: “Now my sister will be embarrassed, she went and gave her the signs.”

Despite the immense sorrow and pain Rachel had, when she realized that her father was still going to deceive Yaakov and put Leah in in her place, she knew that now her sister Leah would be embarrassed.  Imagine a beautiful and stunning wedding and at the end the groom approaches the bride and… this is not his bride, what a shame, how embarrassed her sister Leah will be, she feels sorry for her sister and gives her the signs Yaakov gave her.  Indeed, after the wedding, when Jacob asks her for the signs Leah pulls out the signs and says them clearly.  Jacob does not suspect anything.

The Midrash describes that at the time of the destruction of the Temple, the holy fathers begged Hashem and asked him why he destroyed the house and did not look at their devotion, each described his devotion: Avraham described his devotion of Akeidat Yitzchak, Isaac described his own devotionin the Akeidat Yitzchak, Moshe wept and described  His devotion to the people of Israel throughout the period he led the people of Israel and then Rachel stood up and prayed, we will bring the story of Rachel’s renunciation to her sister and her prayer as the things are quoted in the Midrash:

At that time (at the time of the destruction of the Temple) our mother Rachel jumped before God and said Lord of the worlds, it is before you that Jacob your servant loved me excessively and worked for me for seven years, and when they completed seven years and it was time my marriage to my husband my father replaced me with my sister. I knew the secret signs we made so that my father could not replace me, and then I felt sorry for my sister not to be embarrassed, and I gave my sister all the signs to make him think she was Rachel, and even more, when he went to sleep I went under the bed and he would talk to her and i would answer everything so he would not recognize my sister’s voice.  And I did not envy her or disgrace her. HaDa he Dachsiv (= this is what is written): ‘Thus said the Lord, a voice is heard in the heavens, we weep, Rachel weeps for her sons, she refuses to be comforted for her sons (Jeremiah no, 16:16) (Midrash Lamentations). 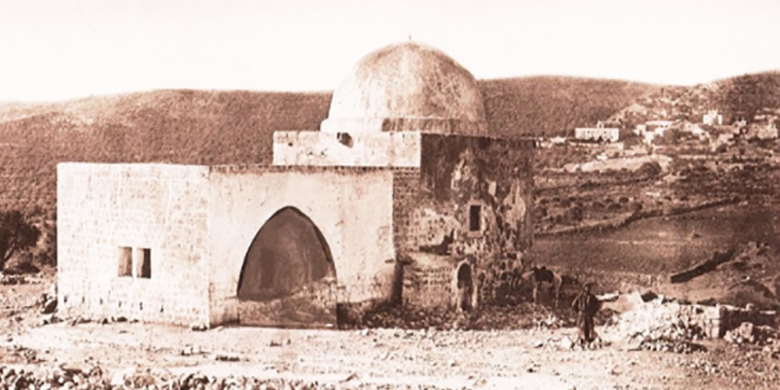 Our mother Rachel’s grave near Efratah near Bethlehem

The tomb of Rachel our mother on Efrat Road near Bethlehem – photograph from 1870-1880 by the photographer Felix Bonfil.

What was so special about Rachel’s relinquishment that caused Gd to answer Rachel’s prayer and say, “For you, Rachel”?

Rabbi Chaim Shmuelevich ztl. (Rosh Yeshivas Mir) explained: Usually, when a person gives up, he takes care to mention and occasionally emphasize the fact that he has given up.  But Rachel’s relinquishment was a perfect relinquishment as if there had never been a relinquishment on her part.

Thanks to Rachel’s devotion and great sacrifice, God assures her of the famous promise: “Thus says the Lord, a voice is heard in heaven, weeping and wailing; Rachel is weeping for her children.”

According to the Kabbalah, Rachel represents the Shechinah, the Shechinah is the generality of the souls of Yisroel, every night at midnight Rachel’s weeping reawakens as the verse says, a sound in heaven is heard. Rabbi Nachman of Breslav reveals that the words: Rachel Mevakah al Baneha is an acronym for Maarav (west) (Likutei Moharan Tanina 67).  Our late sages said that a Shechinah in the West (Bava Basra 25) and therefore, as is well known, were unable to destroy the Western Wall because the Shechinah never moved from the Western Wall (Shemot Rabbah, b).  That is, ‘Rachel weeps for her sons’ – this is Rachel’s weeping that represents to the Shechinah, the general souls of Israel, and those who get to get up at midnight (Chatzot) and weep over the destruction of the Temple, in the prayer of ‘Rachel weeps for her sons’ as we saw in the Midrash, God assures them  The promise he made to Rachel: ‘Thus says the LORD, Keep thy voice from weeping, and your eyes from tears, for thy work is rewarded by the word of the LORD, and the children shall return to their border, and there shall be hope in the return from the land of the enemy’.

It is said that when Rabbi Chaim Shmuelevich came to Rachel’s tomb, he would say: Mother Rachel, God tells you to “prevent your voice from weeping” but I am your son asking: “Cry mother Rachel, we no longer have the strength to endure exile.  Mother Rachel weep for your sons should already been redeemed. ”

And we all join Rabbi Chaim’s request and ask our mother Rachel: Please mother cry for us.  Enough, we no longer have the strength to endure the exile, the corona, the patients, the lack of livelihood, the emotional difficulties and the list goes on.  Please mother, pray for us for our full redemption, as god promised you – for you Rachel, I am returning Israel to its place.

I Want To Be Free

Can You Really Talk to People About...

We Can Bring Mashiach!