Home Stories The Story of Our Lives: The Lost Princess (#11)
Stories

The Story of Our Lives: The Lost Princess (#11)

So Close, Yet So Very Far 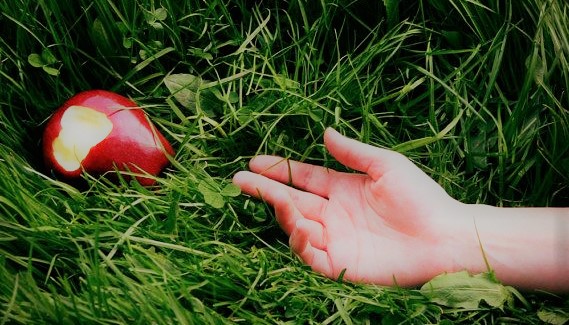 Hi there, friends! In our previous lesson, the princess had finished detailing the guidelines the viceroy needed to follow if he was to extract her from the evil kingdom and return her to her father.

The viceroy went and did exactly what the princess had told him.

Filled with confidence and joyful determination, the viceroy found a place where he would stay for the entire year. Finally, he had a concrete plan of action! He mind was filled with the vision of his homecoming, being mobbed by throngs of his fellow countrymen all joyously celebrating the success of his mission. Victory was so near, he could practically taste it! Throughout the year the viceroy fasted intermittently, careful to fulfill the conditions of the princess precisely. Above all else, he made use of every spare moment to long and yearn for her redemption, as she had directed. As one might imagine, the year was filled with a spirit of intense purpose and tremendous resolve. As the weeks and months passed by, his excitement grew by leaps and bounds, reaching a fever pitch as the long year finally drew to a close. This was it! All of his efforts were about to pay off! He was about to reach his awesome objective!

On the final day, at the year’s close, he fasted and did not sleep. He rose and began heading toward the palace.

Full of pride and relief over having fulfilled all of the conditions for freeing the lost princess, the viceroy joyfully set out to collect his prize. Unfortunately, while blissfully riding the waves of his success, the viceroy made a devastating error: he let his guard down at perhaps the most crucial juncture in the entire operation.

He saw a tree with very, very beautiful apples.

In a previous lesson (“The Beautiful and Orderly Palace of Pure Evil“) we learned that just before a Jew reaches a new spiritual plateau, the yetzer hara launches his greatest assault on the soul. When the the yetzer hara of a particular level (see Likutei Moharan 72) feels that he is going to be defeated once and for all, he focuses every ounce of his remaining energies toward one final attempt at preventing the Jew from experiencing true spiritual success. In the words of Rebbe Nachman: “There are Jews who, when they are very near the door [to the halls of holiness], are accosted by the Sitra Achra (impure forces) and the yetzer hara in a very mighty assault, and they do not let him enter through the door. Because of this, he turns around. For this is the way of the yetzer hara: when he sees that a person is very, very near to the gates of holiness and is about to enter, he attacks with tremendous ferocity. Therefore, great encouragement is necessary…” (Likutei Moharan Tinyana 48)

In addition to the strength of the yetzer hara’s final attack, there is another factor present at the very end of a particular phase of avodah which may contribute to our eventual downfall. Dovid Hamelech sang “And I said, when I was untroubled, “I shall never be shaken”… when you hid your face, I was terrified.” (Tehillim 30:7-8, see RaDaK.) So often in our journey, when we begin to make progress in the areas of emunah, lashon hara, tefillah, shemiras einayim, Torash study or middos, we grow over-confident because of the initial success that we find. Certain that we are “so over this” or “so past that”, a voice in our head begins to say, like David Hamelech, “I shall never be shaken“. We come to believe that we are no longer susceptible to the urges of yesterday, that we have successfully left our negative impulses in the past where they can no longer hurt us. However, this is a tremendous mistake. As Hillel taught us, “Al ta’amin b’atzmicha ad yom moscha” – “Don’t trust yourself until the day of your death.” (Avos 2:5) The yetzer hara is constantly lurking in the shadows, ever present, silently plotting his newest strategy. We must be ever wary of our fragile human nature and celebrate our successes with caution, together with the full realization that though the battle may have been won, the war is yet in progress and our position yet uncertain– “when You hid Your face, I was terrified.”

It was very desirable to his eyes, and he ate an apple.

Although the viceroy had surmounted the first major barrier arranged by a flailing yetzer hara by not allowing the fierce looking soldiers stationed at the gate of the palace where the lost princess was being held captive to prevent him from approaching, this time around the yetzer hara got the best of him. Tragically, after an entire year of doing everything exactly as the princess had told him, fasting and yearning in total isolation, his overconfidence on the final day proved to be his ultimate undoing. In a moment of weakness, the Spirit of Folly that precedes every sin (see Sotah 3a) entered the mind of the viceroy, causing him to forget the enormity of what was at stake and how incredibly close he was to achieve his goal. The combination of the yetzer hara’s vicious attack and the viceroy’s vulnerability led to a terrible outcome.

The tzaddikim of Breslov teach that the words “it was very desirable to his eyes” (“misaaveh l’einav“), a paraphrase of the pasuk in Bereishis regarding in Chava’s eating from the Eitz HaDa’as (Bereishis 3:6) hold an important lesson. If we remember, the princess had told the viceroy that on the final day of the year, eating was prohibited. She didn’t, however, say anything about looking at food. Rebbe Nachman doesn’t say that the viceroy approached the tree with the intention of eating from it. He simply says that he stopped along his triumphant journey to the palace of evil to look at the tree, for “it was very desirable to his eyes”. As we all know, this is one of the most beloved strategies of the yetzer hara. “Today, he tells you to do this [commit a seemingly minor sin] and tomorrow he tells you to do that, until, eventually, he gets you to worship idols.” (Shabbos 105b) Like the Snake in Gan Eden, the yetzer hara told the viceroy “Look at how beautiful those apples are! Did the princess say you couldn’t look at food? She only said you couldn’t eat the food! Come on, don’t be such a machmir! Look how beautiful these apples are!” Rebbe Nachman is teaching us that because the last day is so incredibly crucial, the viceroy should have even been on such high alert that even merely looking at food would be unthinkable, so as not to provide the yetzer hara with even the tiniest opening.

Immediately after eating the apple, he fell into a deep sleep, and he slept for a very long time.

In the deeper texts, sleep is synonymous with a lower level of consciousness, a spiritual descent into the terror and confusion that accompanies distance from Hashem. (See Likutei Moharan 60:6) When the viceroy fails to fulfill the final condition of the lost princess, he loses all of the insight and elevation gained over the course of the year, toppling from the tower of spiritual brilliance into profound darkness. The Spirit of Folly that has entered his heart, blurring his sense of priority to the point that he was willing to sacrifice a full year of painstaking effort and the entirely of his mission for the fleeting taste of the fruit on his palate, has extended itself throughout his being, and he has forgotten who he is, where he is, and what he has come here to get. Sometimes, a moment is all it takes to lose everything. “And darkness was on the face of the deep“. (Genesis 1:2)

If I told you that the story ended here, how would you feel? In all probability, you would be sad, frustrated, confused, and perhaps irate. But you wouldn’t think it unfair. Though he certainly put up a mighty fight and made great strides toward his goal, the viceroy has ultimately failed. Though his convictions were strong and founded on his great love for the king and his desire to free the lost princess, they seem not to have been enough. Foolishly, he has lost everything. In a moment of mindless passion, he has blown the single opportunity he had to reach his goal.

In truth, however, this kind of absolute, logical, thinking is completely foreign to the spiritual process Rebbe Nachman has hidden behind the mask of this marvelous tale. Regarding the spiritual journey of life, Shlomo Hamelech teaches “The tzaddik falls seven times and again rises.” (Mishlei 24:16) As an old shoe-maker once told R’ Yisrael Salanter z”tl, “As long as the candle is still burning, it is possible to make repairs.” As the great master of hope taught us, “If you believe that you can break, believe that you can fix” (Likutei Moharan Tinyana 112), and “There is no despair in the world at all!” (Likutei Moharan Tinyana 77)

While the viceroy is certainly in a deep sleep – his spiritual strivings frozen over and his priorities in disarray – he is still alive, the flame of his heart yet flickers. Rotting away, deep inside the earth of faith, the seeds of hope are consolidating their conviction to the innermost point, preparing to push upward toward the heavens yet again.

For the world, perhaps this is where our story would end.

For Rebbe Nachman of Breslov, this is where our story truly begins.

A Message in Code

WHAT IS SIMPLICITY? (PART III)