Home Stories The Story of Our Lives: The Lost Princess (#16)
Stories

The Story of Our Lives: The Lost Princess (#16) 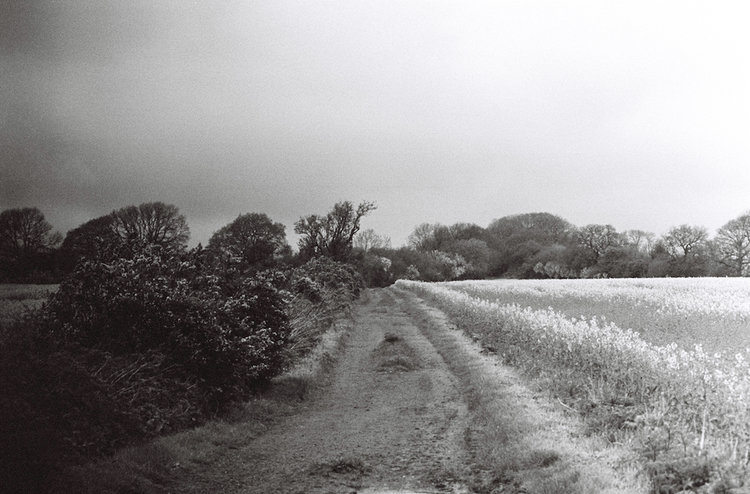 In the previous lesson, we learned how the lost princess of youth came to the place where the viceroy, the inner point of purity, is fast asleep and tried to wake him – to no avail. He has sunk so far in the dark pit of spiritual confusion that even a visit from the princess herself fails to inspire him. Anguished and despairing, she begins to pour out her broken heart before his slumbering soul.

She began to bemoan, “How many immense difficulties and toils he has undergone for so many years in order to free me, and on the day he could have freed me he lost everything…”

As in the meeting between the princess and the viceroy subsequent to his first failure, the princess does not mean to berate the viceroy and accentuate the magnitude of his failure. In fact, her intention is quite to the contrary. Having failed to wake the viceroy despite her best efforts, the princess realizes that his spiritual situation is extremely precarious. Her wisdom grants her the understanding that the very last thing the viceroy needs is a talking to – he has already beat himself up more than enough, which has led to his slumber of utter hopelessness. No, now is not the time to chastise the viceroy. Instead, now is the time to remind him of everything he has done right in the effort to free her. Her intention is to encourage the viceroy by reminding him how resolute he is in desiring holiness and empathize with his pain at having failed in the mission for which he has sacrificed so very much.

Along the journey of avodas Hashem, there are often times when we fail to reach a certain goal despite our very best efforts. After days or weeks of working hard on our shemiras einayim, the yetzer hara blindsides us and we suddenly find ourselves in a tremendous nisayon, unprepared. Though we have taken it upon ourselves to speak only good about others, politics at the office trips us up and our streak comes to an end. While the natural, proper reaction is to be disappointed in ourselves and use that broken-heartedness to spur us on to greater commitment, sometimes the fall is so devastating that the intensity of the disappointment leads, instead, to hopelessness and despair. Here Rebbe Nachman teaches us that in this case, a different response is called for: pride over our resolve and the tremendous effort we exhibited, and compassion for ourselves over the pain we are experiencing as a result of just how much this goal meant to us.

In truth, the proper response to any spiritual failure must contain an element from both approaches – disappointment mixed with encouragement. Indeed, the disappointment we feel naturally lends to the subsequent encouragement, for it is only due to how much we truly want to do the right thing and to grow close to Hashem that we are so crushed over having slipped on the narrow bridge of His service. This awareness allows us to remind ourselves of our inherent greatness and purity and come to the realization that the momentary lapse of focus didn’t derive from our essence. Once we are reminded of how special we are and how much pleasure Hashem has from our efforts even if they seem to have been wasted, we enable ourselves to get back on the horse and continue our journey with even greater resolve.

She began to cry greatly over all of this, (saying) “For there is great pity upon him and upon me, for I have been held captive here for so long and I am unable to leave…”

By stressing once again how much she is depending on him to rescue her from the place of evil and letting him know that he is her only hope, the princess intends to encourage the viceroy. She hopes that by letting him know how much she still believes in his ability to carry out his mission if he will only allow himself to see beyond the failure of the past to a brighter future, the viceroy will be strengthened and wake from his slumber to continue his journey.

Friends, this is one of the main lessons Rebbe Nachman hopes to impart with this story: the princess of holy passion never, ever gives up on any Jew. Regardless of how far one has fallen or how numb he or she has become to a spiritual lifestyle, the princess of youthful vitality forever maintains a connection with the core of the Jew, the place where he or she is entirely pure, perfectly good, and completely innocent. Indeed, even when the viceroy, the inner tzaddik, falls into spiritual slumber, the princess can intuit the deep center of holiness even further within – the nekudah tovah within the nekudah tovah, the indestructible holiness of the Jewish soul. The tzaddikim teach us how to pick up the frequency of her whispered messages. This story is Rebbe Nachman’s way of opening our hearts to reality as seen from her elevated perspective.

She then took the scarf from her head and wrote on it with her tears. She placed it next to him.

The leaders of Breslov teach that the princess’ writing on her scarf with tears refers to the Torah teachings of our greatest tzaddikim. Using verses and teachings of Chazal, the tzaddikim weaved tapestries of light, unveiling the inner dimension of the Torah, “P’nimiyus HaTorah“, wherein God’s presence can be readily experienced. These teachings grant one a new consciousness, an elevated way of processing the world around him and his life within it. This is why these words were written on a “headscarf”, they enable a person to envelop his intellect with holy concepts and guard his mind against improper ideas. While the teachings of the tzaddikim appear to be written in black ink upon white parchment, Rebbe Nachman is teaching us here that it is merely an illusion. In truth, every letter is written in the tears of the Shechinah, the essence of the soul which, while often lost and ignored, never despairs from being reinstated to her former glory and constantly pleads with the inner tzaddik to rescue her from her captivity. The princess leaves this awesome tool by the sleeping viceroy’s side, hoping that by studying the works of the deepest tzaddikim, he will find the strength to hear her voice and carry on his mission.

She went and sat in her chariot, and they traveled on.

After a great light has descended into the world in the form of the teachings of P’nimiyus HaTorah, the princess feels confident enough in the viceroy’s chance of succeeding to go back to the chariot on her own. She knows the time has not yet come to be freed – there is still work for the viceroy to do. But if he will hold on to the scarf of tears, the holy teachings of the tzaddikim, he will find the strength to finish the task he set out to accomplish so many years ago.

After this, the viceroy awoke and asked his servant “Where in the world am I?”

One cannot see a picture if he holds it too close to close to his face, he needs to hold it further away in order to see it clearly. If someone shouts a sentence straight into my ear, I will not be able to make out a word he is saying, he will need to lower his voice. Although we cannot look directly at the sun, we can receive the same light through its reflection in the moon. These are some physical examples of the Kabbalistic rule which states “the concealment is the revelation”. This rule refers to the concept that sometimes, a revelation needs to be contracted and concealed if it is to be accessed. The tzaddikim teach that in truth, the Plague of Darkness in Mitzrayim was, in fact, a revelation of the greatest spiritual light. However, since the Egyptians did not have the proper vessels, it overwhelmed them and they experienced it as darkness.

Sometimes, a Jew who has fallen into a spiritual slumber lacks the vessels for intense levels of spirituality. Though a well-meaning friend may attempt to drag him from one tzaddik’s tisch to the next, nothing seems to work, because he lacks the vessels to process the enormity of the light. It is possible that instead of these grand experiences, reading something inspirational in a book or having a heart to heart talk about the purpose of life with a good friend can have an ever greater effect, because they better suit the size of his current vessels. This is a useful idea to remember when working to inspire others or ourselves – we must always be wary of the vessels we are working with. Depending on the situation, it is very possible that, while it may appear counterintuitive, less is more.

Our Mission – Connect to the Source

Nip It in the Bud

Let Go Of What You Think You...