Home Stories The Story of Our Lives: The Lost Princess (#17)
Stories

The Story of Our Lives: The Lost Princess (#17)

Failure of Gold, Setback of Pearls 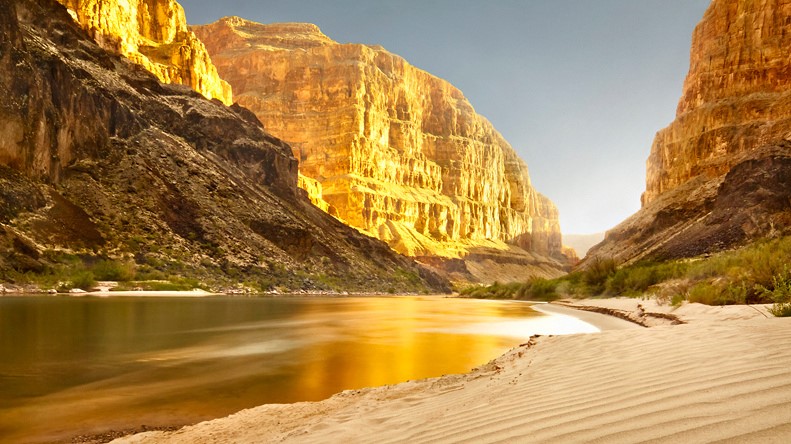 Hey there, friends! In the previous lesson, we learned about the lost princess’ visit to the sleeping viceroy. Unable to wake him, she wrote a message on her headscarf using her tears and left it by his side before being whisked away by the troops of the evil kingdom. After she left, the viceroy woke up, bewildered and confused.

The servant told him (the viceroy) the entire story about the many soldiers that had passed, the chariot, the princess, and her great crying and grief.

In previous lessons, we learned that the servant represents the powers of intellect. When the inner point of righteousness falls into spiritual numbness and slumber, the intellect remains awake, maintaining the external motions of religious observance. He appears to be a mere accessory to the search – an observer as opposed to an active player. Thus, he is not forthcoming in reminding the viceroy what has happened. Instead, he waits until the viceroy asks of his own accord, “Where in the world am I?” Only when the inner point of righteousness is stirred from the depth of his despair to inquire whether anything can be salvaged from the devastation caused by his spiritual failure, does the servant remind him about the great search and the implication of the princess’ visit – that the search must go on.

Suddenly he looked and noticed the headscarf next to him. “Where is this from?” he asked.

The headscarf symbolizes the teachings of the tzaddikim which protect a Jew’s mind and enable him to think pure thoughts. Listening to his servant tell the story of his journey until this point and all the setbacks he had faced, the viceroy realizes that this scarf must have something to do with the reason he has managed to maintain his resolve throughout this long and difficult journey.

The servant answered that the princess had written on it with her tears.

The intellect explains that the teachings of the tzaddikim are not simply nice ideas or deep concepts to delight the mind. In truth, each word in their holy books is awash with the tears of the Shechinah, the in-dwelling presence of Hashem, calling out to each of His precious children and encouraging them by making them aware of the urgency of their mission in the world. It is these teachings and the spiritual energy they generate in the world which give every Jew the strength to wake from his or her spiritual slumber and continue searching for the lost princess of youthful passion and wonder in avodas Hashem.

The viceroy took the scarf and held it up to the sun. He began to see letters.

If the viceroy does not hold the scarf to the sun, he will never be able to see the words written by the princess with her tears. All he will see is a plain old headscarf which holds no message for him. However, the moment he holds it up to the sun, those letters become clear. What is this sun, and how does it enable the viceroy to read the secret message of the princess?

In order to truly discover the astounding treasure chest of spiritual guidance hidden in the works of our tzaddikim, one must approach their study with faith in their tremendous power. If we view these teachings as merely being nice ideas with little to no practical relevance to our lives, it is possible to miss out on the essence entirely and gain very little from them, if anything at all. This story is, itself, a great example of this idea. How easy is it to view Rebbe Nachman’s story of the lost princess as simply an interesting, if tragic, fairytale? How simple would it be to write it off as a shallow story with no relevance to modern-day Jews who are centuries removed from Kings, princesses, viceroys and servants? But the moment we approach this story with faith in its depth and take the time to analyze it appropriately, we enable ourselves to mine its depths for the most incredibly relevant guidance for our avodas Hashem.

In the first lesson in Likutei Moharan (which my upcoming book, Sunlight of Redemption: An Illuminated Path toward Inner Freedom, is devoted to exploring), Rebbe Nachman teaches that the sun symbolizes the greatest revelation of divine Wisdom. The tzaddikim of Breslov teach that the viceroy’s holding the scarf up to the sun symbolizes his faith in the teachings of the tzaddikim and his certainty that they contain the deepest, most exalted revelation of Hashem’s Mind. It is only by way of this faith that he is able to see the tears of the Shechina and hear her personal message to him as an individual, begging him to come to Her assistance and reveal Hashem’s presence in the world with passionate avodah. Without holding the scarf up to the sun, lacking the faith that the teachings of the tzaddikim hold personal messages that are relevant to our particular journey, the viceroy will never be able to perceive the hidden message held within.

(He read that) at this time, she is no longer in the previous palace. “You will now need to search for a mountain of gold and a palace of pearls, and there you will find me.”

Approaching the words of the tzaddikim with faith, we enable them to guide us through the maze of avodas Hashem by pointing us in the way of the shifting goals of life’s various ages and stages. Before making us aware of the work we have yet to accomplish, the tzaddikim constantly encourage us by showing how much we have already accomplished and how far we have come. Similarly, the princess begins her message to the viceroy by telling him that although he has failed to free her completely and bring her back to her father, his efforts over these decades on her behalf have indeed succeeded in freeing her from her original captivity. True, she has now been moved elsewhere, but it appears that the new palace is a tremendous improvement to her situation. Indeed, it does not appear that the viceroy needs any further avodah in order to free her – all he must do now is find her. His avodah now is simply to trust she is telling the truth about the palace of pearls on the golden mountain although he has never heard of such a place, and to search and continue searching until he finds her. If he can do that, he will be able to free her and bring her home.

After encouraging him by reminding him how far he has come, the princess tells the viceroy that in order to free her, he must search for a palace of diamonds on a mountain of gold. As we will learn toward the end of the story, this is a place where everything is precious. Gold and pearls must not merely be mined and panned from dark caves and muddy rivers – the mountain itself is made of gold; the palace is itself made out of pearls. What does this symbolize?

Here we come to a very deep point. In any growth process, setbacks and failures are inevitable. Much of the time, those setbacks and failures are able to be utilized for the greater good of the process; we learn from our mistakes and adapt to changing circumstances to enable ourselves to grow smarter, stronger, and more adept at managing a specific situation. However, even though we can perceive the value in the lesson a given error has taught us, we see it like mining gold from a muddy cave; the gold is valuable, but the muddy cave is quite dirty; the lesson is precious but the failure itself is unfortunate.

When it comes to avodas Hashem, it is an entirely different story. Avodas Hashem is not a goal. Avodas Hashem it is a process, a long process of revealing Hashem’s honor and the depth of our commitment to His service. Every time we have a setback in our avodah and – presented with the choice to despair or continue the fight – we choose life, strengthening our resolve and marching forward, in addition to gaining experience and being able to learn from our mistakes, we are bringing incredible honor to Hashem and revealing our intense love for Him. When seen this way, it emerges that the setback is itself valuable, as it furthers our general goal of revealing Hashem’s honor. We realize that in coming back to serve Hashem after a devastating fall, we have not merely mined gold from a dull, dirty mountain – the mountain is itself made of gold.

This is the deep, hidden message the princess is relaying here to the viceroy, the inner point of righteousness who has courageously continued his journey despite suffering setback after setback. She is telling him that in addition to realizing the value of the lessons learned from these errors, he must attempt to attain the realization that those setbacks themselves were inherently valuable, that every stumble backward which results in a firm step forward is inherently precious, and that freeing the princess is every bit as much about the journey as the destination. If he can reach this awareness, and discover the secret of the golden mountain and the palace of pearls, it is there that he shall find her and redeem her at long last.

The Story of Our Lives: The Lost...

How to pick yourself up, when feel...