Home Stories The Story of Our Lives: The Lost Princess (#18)
StoriesWisdom

The Story of Our Lives: The Lost Princess (#18) 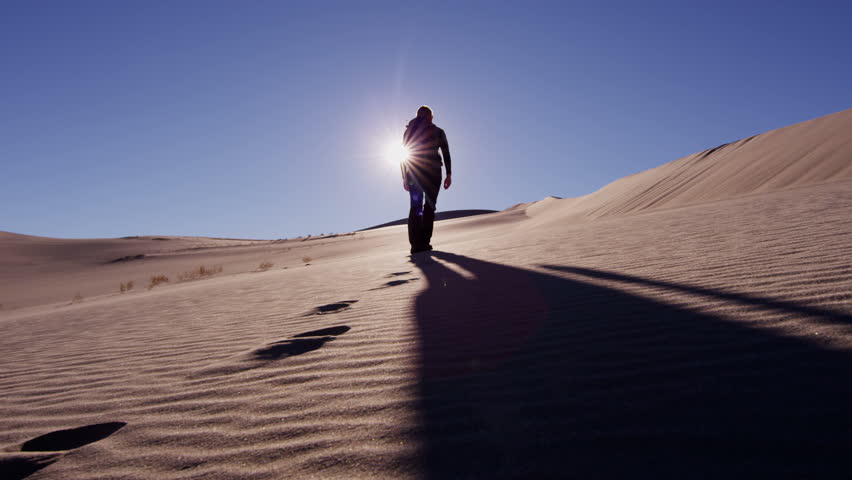 Hi there friends! In our previous lesson, the lost princess told the viceroy of her new location – a palace of pearls on a golden mountain. In the current lesson, he sets out to search for her once more.

He left his servant behind and went to search for her.

When we first encountered the viceroy’s servant earlier in this series, we learned that he represents the Jew’s intellect which remains awake and alert even when spiritual slumber falls upon the inner point of righteousness (represented by the viceroy). At this point in his search for the princess, after the viceroy has gone through so many ups and downs and has learned many important lessons along the way, he no longer has need for this “intellectual life jacket”. His realization that even failures are part of the process, that yearning is intrinsically valuable, and that when the going gets tough, it is in an indicator that he is near the end, will enable him to elude the seductive lure of spiritual slumber and the dark comfort of hopelessness and despair. Therefore, at this final stage in his long and difficult journey, the viceroy leaves his servant behind, continuing on his journey alone – full of faith and newfound confidence in his ability to succeed.

His search for her lasted many years.

Can you imagine how much strength it took for the viceroy to continue searching for years after having been so close so many times and failing again and again? His mighty resolve and certainty that he will emerge successful is simply unimaginable.

Eventually, he came to the realization that this mountain of gold and palace of pearls certainly does not exist in the settled parts of the world, for he was an expert in all the maps of the world.

The Hebrew words Rebbe Nachman uses for “came to the realization” are “miyasheiv atzmo – he settled himself”. In Breslov writings, these words, which derives from the term “Yishuv hada’as“, refer to Hisbodedus, personal prayer – it is through talking our lives out with Hashem in our own words that we attain true “peace of mind” on a given issue.

As we learned last time, the “mountain of gold and palace of pearls” symbolizes the lofty retrospective awareness that all of the mistakes along his journey were part of the necessary process of growth and that, in a deep and hidden way, they actually aided him in coming closer to freeing the lost princess; “avonos n’hepchu l’zechuyos – aveiros can be transformed into mitzvos.” After years of Hisbodedus – contemplation upon this hidden and elevated consciousness, he comes to the realization that this awareness, while true in the deepest sense of the word, is really not part of this world at all. Although he trusts the princess that a realm of awareness exists in which one can look back and realize with certainty that every failure and the yearning it engenders moved him closer to his goal in the most hidden way, years of searching for this wondrous place on the maps of olam hazeh, the this-worldly consciousness of a Jew, to attain it for himself, bring him to the realization that it doesn’t and indeed couldn’t exist where he is looking.

True as it may be, the depth of this awareness can only be attained at the very end of the long and grueling growth process, retrospectively, from the secure plateau of already having utilized those mistakes and the lessons they held to elevate oneself. It is impossible to attain this awareness in the moment of failure – that is a corruption and a terrible misappropriation of a deep truth that can only lead to destruction, never to growth. The very nature of this gentle understanding, this “aha” moment, is that it needs to be earned many years down the line, when, from a perspective spanning life’s journey and the harmony of multiple generations, it becomes gradually possible to see things with the 20/20 vision of hindsight. Unlike other concepts which are grasped by actively engaging with them, this one can only be grasped by turning away from it, by living life with simplicity in the moment and allowing this awareness to settle in on its own at the right time. None of this takes away from the penetrating truth of this idea – on the contrary, the depth and intensity of the truth it holds is too much for our current consciousness. Still, the viceroy understands that he is looking in the wrong place.

When Rebbe Nachman says that the viceroy knew this awareness didn’t exist in “this world” because he was “an expert in the maps of the world”, he is reminding us that, prior to his mission to find and free the lost princess, the viceroy wasn’t aware of this concept at all. “He was an expert in the maps of the world” – all he had known was the standard growth process, the rules of a this-worldy geographical journey where only a step forward will bring you from point A to point B, never a step backward. It was only after going through this seemingly illogical experience of falling and getting back up that he discovered this “other-wordly” method of growth which can only be attained in retrospect for himself. Therefore, after years of searching in societies which yet maintained his previous consciousness of “logical growth”, the viceroy realizes that this special kind of journey isn’t to be found on the “regular maps of the world” where only forward movement is understood as being productive. Thus, he continues his searching elsewhere.

(He said) “I will go to the deserts”, and he went to search for her in the deserts for many years.

The desert is a place of parched ground, wild beasts, and little growth or life. It seems logical that it is here, a place seemingly devoid of “standard growth”, that the viceroy might find the golden mountain and pearl castle, the headquarters for “non- standard growth”, learning from failures and mistakes.

After this, he saw a tremendously large person, who didn’t seem to be human at all because of his enormous size. He carried a huge tree – no tree in the settled world was as large as this tree.

This is the first of three giants the viceroy will encounter on his journey through the deserts of this world. Rebbe Nachman teaches that these giants are brothers, and each of them carries a gigantic tree. The manhigim of Breslov teach that these giants represent tremendous tzaddikim, perfect servants of Hashem who have conquered their yetzer haras through their total commitment to Hashem and His Torah. The trees that they carry wherever they go hint to the Torah, which is called “Eitz Chaim- the Tree of Life”. These are giants of spiritual stature, who, as we shall see, have perfect control of their physical desires. Thus, they “don’t seem to be human at all” because of the angelic way they conduct themselves.

The Hebrew words the viceroy uses to answer the giant are “ani adam – I am a human”. There are two general reasons we are taught for why man is called “adam“. The first is because he is formed from “Adamah“, the earth. The second is because he has the ability to imitate his Creator and activate his tzelem Elokim; “Adameh l’Elyon – I can imitate the most High.” While these seem to be contrasting ideas, the truth is that it is in only in the presence of both that the essence of the human experience emerges in all of its struggle and glory. This is the experience of being human, of being a Jew – constantly fluctuating between attraction to the basest drives in creation, “Adamah” and striving for the loftiest spiritual levels, “adameh l’Elyon“. This is what the viceroy answers this spiritual giant who is more angel than man: “Ani adam: I am on a journey of ups and downs, of failure and success, of frequent attraction to earthiness and rare glimpses of heaven.”

The giant was astounded, and he said “It has been so long since I have been in this desert, and I never saw a person here!”

The desert represents an advanced level of spiritual growth where only those whose sacrifice and super-human effort transformed them into spiritual giants can walk, unfazed by the wild animals and lifeless terrain – the negative traits and the spiritual rot, which they rule over with ease. As far as this tzaddik knows, here in the desert it is sink or swim – you either don’t survive in this place at all, or you are a spiritual giant who is in total control of every desire and negative trait. Now he stands, astounded: how did this “adam“, this person yet caught in the grand tension and struggle of the human experience, make it here to the desert and survive?

Infusing the Mundane with the Holiness of Shabbos

Who Was Rabbi Rosenfeld?

Beginning The Journey To Find Ourselves