Home Watch The Story of Our Lives: The Lost Princess #2
Watch

The Story of Our Lives: The Lost Princess #2

Searching for the Fire of Youth 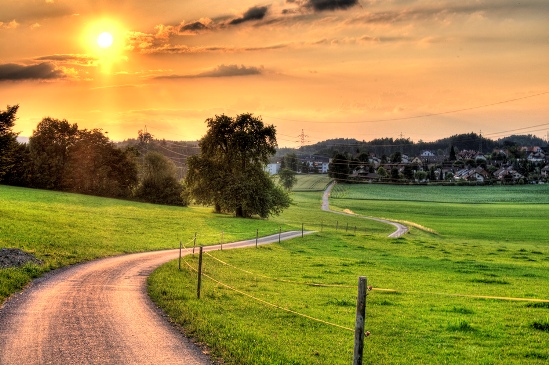 Hey there, friends! In the first installment in this series, we discussed some background information regarding the unique stories of Rebbe Nachman of Breslov z”ya. We talked about the kabbalistic depth which bursts from even the smallest detail, but more importantly, we talked about the tzaddik’s uncanny ability to perceive the struggles of our generation along with the mindset necessary to overcome them and pack it all into 13 short stories. The first of Rebbe Nachman’s stories, The Lost Princess, is the most well-known as well as one of the most powerful. I am humbled by the opportunity to mine its depths together with you, my dear reader.

(Note: The words from the translated story will appear in this font and the explanation which follows will be back in this font.)

The Rebbe spoke up and said “While on a journey, I told a story. Whoever heard it had a thought of repentance.”

This statement precedes the beginning of our story. Certainly, Rebbe Nachman was referring to an actual journey that he had taken. Just like his great-grandfather, the holy Baal Shem Tov, Rebbe Nachman was known for traveling extensively throughout the Ukraine, sometimes for reasons that were know, many times with hidden intention. Still, even the seemingly mundane words of the tzaddikim contain tremendous depth, as Chazal teach us “Even the mundane statements of Torah scholars require study.” (Avoda Zara 19b) What was Rebbe Nachman hinting to with these cryptic words?

As I am sure you have guessed by now, this story is going to be about a princess who gets lost and the epic search to find her. The story itself is fascinating, emotional, and dramatic, but it really leaps off the page the moment we realize that each of us, in our own lives, has experienced the loss of the princess and that her story is ours.

Who is this princess, and when did she get lost? How can one suggest that this specific event is a universal experience?

While each Jew has their own life circumstances with personal details unique to them alone, there are experiences which we all share. One of the most important is the journey from childhood to adulthood. Regardless of our family circumstance, abilities, personalities, habits, traumas, dreams, and appearance, we all took that very same journey.

But for all the benefit this transition implies, it also represents a profound loss. Because as wonderful as it is to be a grown-up in a grown-up world, the journey from childhood to adulthood is also the journey from wonder to apathy, from innocence to wariness, from self-confidence to self-doubt, and from spiritual sensitivity to the numbing of the soul.

“While on a journey, I told a story” said Rebbe Nachman.

While on the journey we have all taken, stumbling through the ages and stages of the human experience, something happens to us. The princess of youth gets lost. Over the passage of time we find that we are unable to muster up the same excitement for serving Hashem. Our dreams and ambitions are quashed by the apparent realities of “the real world” and it is only a matter of time before a deluge of cynicism, disappointment, and despair rushes to fill the vacuum. The more we become settled into the norms of this bizarre world, the more removed we grow from the norms of the world from which we came and the more difficult we find it to connect with the things pertaining to that spiritual realm of absolute truth. The passion we felt when putting on tefillin or lighting Shabbos Candles for the first time is but a distant memory. We can’t pinpoint exactly when, but somewhere along the way that passion was replaced with a feeling of obligation, chore, and burden. Some of us have had the princess ripped out of our possession long before it would have happened naturally. Growing up with abuse, addiction, trauma, and loss can rob a child of the innocence, joy, and purity that is so natural to a carefree child. Many can identify with feeling as if their childhood was robbed from them. It is the loss of the princess they mourn. Some have lost her so long ago that they wouldn’t even recognize her anymore. All of this will be touched upon in the story.

The symbol in the story which represents the soulful passion of youth is feminine, a princess, because this element is distinctly feminine. Still, it is important to stress that although emotion, intuition, a predisposition toward depth and sensitivity all belong to the feminine sphere, it is just as naturally present in men (as much as we like to deny it) as it is, albeit to a larger degree, in women. Every Jew has the capacity for attaining a soulful avodas Hashem and a passionate approach to life.

But as the years go on and princess of youth is taken further and further away, we come to a place of complacency. We fall into complete and utter despair. We feel that it is impossible to find the lost princess. Previous searches met with such frightening obstacles that to attempt another is surely futile. Inspiration doesn’t last, we are set in our ways We console ourselves with the notion that it is more than enough to try our best to adhere to halacha; passion and soul are a bonus.

“While on a journey…” the fire of youth is extinguished, the ashes cooled, and then, as the years flash by, finally frozen. About Amalek, symbol of the wicked spiritual force which effects every Jew in every generation and which Rav Levi Yitzchak of Berditchov taught we each carry inside our hearts (Kedushas Levi, Parshas Zachor), the verse states “asher karcha baderech”. Literally this verse means “they (the nation of Amalek) happened upon you (the Jews) along the journey”, referring to the war Amalek waged on the fledgling Jewish nation after their exodus from Egypt. But it has a deeper connotation as well. In the simplest sense, the word “karcha” means “happened upon”, but, as Rashi there points out, it can also mean “to cool”. “Asher karcha baderech”, “that they cooled you off along the journey”. Along the journey of life, Amalek attacks to rob us of that fire we once had. “While on a journey, I told a story.” They are one and the same.

Every Jew has experienced the loss of the princess in some way. Whether is in avodas Hashem, marriage, friendships, ambitions and so many other areas of life, we have all experienced some level of numbing, of dimming, of cooling that takes place over time; the force of Amalek at work.

But “while on a journey”, while on this very journey that all of us are experiencing, Rebbe Nachman told his remarkable story, giving us the strength to search and find the princess of youth. To battle the coldness of Amalek and discover lasting inspiration. To get in touch with the euphoric and heavenly “engagement period” which, while ever-present, becomes so covered under the mundane and distinctly “this world” quality of marriage. To get in touch with an avodas Hashem that is bursting with holy fire and absolute ecstasy so that we can once again daven, learn, and perform mitzvos with excitement.

“While on a journey”, Rebbe Nachman held us by the hand and whispered “Never despair! You can yet find the lost princess if you only muster the courage to search. Please allow me to lead the way.”

Parshat Bamidbar: You’re In! You Count!

The Man At The Top Of The Ladder

The Tzaddik Takes Us Out Of Exile

A Mitzvah Is Never Too Easy