Home Stories The Story of Our Lives: The Lost Princess #3
Stories

The Story of Our Lives: The Lost Princess #3 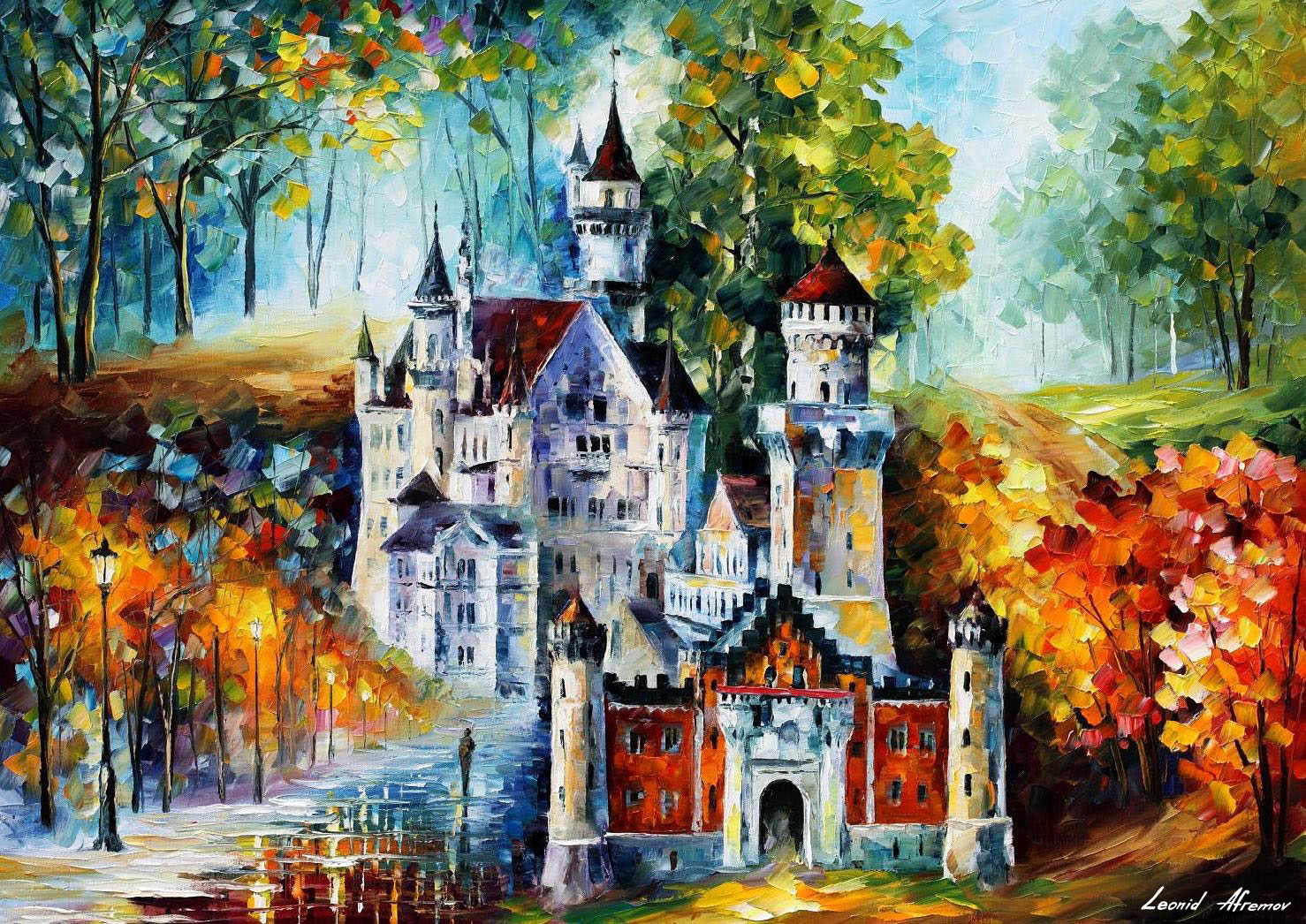 Hi there, friends! In the previous installment in our series on The Lost Princess, we explained the opening words of Rebbe Nachman, “On a journey I told a story, and whoever heard it had a thought of repentance.” We learned that the story of the lost princess is the story of our personal journey through the ages and stages of our lives; the loss of soulful passion and youthful enthusiasm and the epic search to reinvigorate our lives with its sweetness and warmth.

There was once a king

Traditionally, whenever we encounter a king in a Jewish parable, it is a reference to the King of kings, the Master of the world. In our interpretation of Rebbe Nachman’s tale, we will follow this assumption.

who had six sons

Though when we began this series we set out to explore the spiritual-psychological insight of this story as opposed to the Kabbalistic depth, there are certain places throughout the story where we will need to touch upon some of its basic concepts that will enable us to attain the deepest psychological insight. Though at first some of these concepts may seem challenging due to the limited treatment they receive here, I hope that I will succeed in explaining them in a logical, down to earth, and practical way. This section of the story is by far the most overtly Kabbalistic; after this it is “smooth sailing”. I hope you will bear with me.

The tzaddikim of Breslov have revealed to us that the king’s six sons in this story refer to six of the seven lower traits through which Hashem reveals Himself to the world, otherwise known as “Sefiros”. Though even a basic overview of the concepts underlying the Ten Sefiros would itself require an entire series, it is important to identify them by name to permit even the most rudimentary understanding. The lower six “emotional” Sefiros are: Chessed, Gevurah, Tiferes, Netzach, Hod, and Yesod. Some of these names may sound familiar even to the uninitiated as they are referenced in many familiar Torah sources as well as in our daily prayers.

Each of these six Sefiros represents a different trait through which Hashem expresses Himself in running the world and directing the path of history. Just as ten stained glass window panes of different colors reveal different hues of the all-encompassing light which would have otherwise been undiscernible to the naked eye, so do the Ten Sefiros render different qualities of the all-encompassing Divine Light of Hashem accessible to the human mind.

Because every Jew is created “b’tzelem Elokim”, “in G-d’s Image”, which some tzaddikim interpret to mean that our inner makeup is in the form of the Ten Sefiros, (see Rabbeinu Bachyei, Berieshis 2:27) each member of the Jewish people contains these six emotional traits as well. Our capacity for Chessed enables us to act with unrestrained kindness toward our fellow man while Gevurah allows us to exercise restraint when necessary. Our inborn capacity for Tiferes is the seat of confidence and pride. Netzach is the garment through which our soul’s drive to survive and connect with eternity is expressed. Hod allows us to praise Hashem and others, and Yesod expresses our desire for social interaction and having a positive impact on the world.

Just as, at their source, these six traits serve as “stained-glass windows” to allow Hashem’s all-encompassing light to express itself in a way that we can better understand it, so do these six inborn Sefiros allow our soul to express herself in a perceivable way. The soul expresses herself in will, thought, and emotions, and it is those emotions which express themselves, finally, in actions.

“The king had six sons:” Hashem implanted the emotions of the lower six Sefiros within each Jew.

This only daughter of the king, the princess, is the main character of our tale. Clear knowledge of her identity, which we already began discussing in our previous lesson, is absolutely imperative to understanding this tale.

As we mentioned above, there are in fact seven lower Sefira-traits through which Hashem reveals Himself to the world. The final Sefira is called “Malchus”, and, in a very deep way, represents the purpose of all of creation. Though it seems to be the lowest in rank and thus the least important, when viewed as the final step in a creative process, we understand Malchus as being the focal point of creation, the culmination of all the other Sefira-revelations of Hashem. Malchus is the trait through which we can interact with Hashem and build a relationship with Him. It is the deepest point within our soul; the place where we see our essence as merging with Hashem’s Kingship and sovereignty.

We can better understand the relationship between the six lower Sefiros and the seventh by examining the weekly cycle in which they manifest. In level of rank, Shabbos seems to be the last and the lowest of the days of the week. However, we are blessed with the knowledge that the holiness of Shabbos is beyond comprehension and that it is “the Day of the Soul”, the time when we are able to connect to Hashem in the most real way. Shabbos is not the “last” day of the week, it is the “deepest” day of the week; the source from which the six days of the week derive their energy; “Ki hi mekor haberacha”, “For it is the source of blessing”. (Lecha Dodi prayer) The sublime holiness of Shabbos is synonymous with the feminine Sefira of Malchus. Just as the holiness of the six days is subordinate to that of the seventh, Shabbos, so are first six of the lower Sefiros, the “six sons”, subordinate to the seventh sefira, Malchus, “the king’s only daughter”. Indeed, we refer to Shabbos as “Shabbos Malkisa”, the “Shabbos Queen”, for Shabbos is the day when Hashem’s sovereignty is revealed in the world through the feminine Sefirah of Malchus.

In sum, as we mentioned in our previous lesson, the princess represents the point of our soul which is absolutely full of faith, full of life, full of excitement and bursting with utmost spirituality. It is the secret chest tucked beneath years of acclimation to the physical world within which the soul of youth still shines. It is the “mekor haberacha” within, which provides us with natural vitality and energy and a perpetual sense of wonder and awe at the sublimity of the grandest mountain and the most delicate flower alike. It is the elixir of life which fills us with a sense of purpose, meaning, and fulfillment that piggybacks upon the knowledge that we belong, that we matter, and that our every action is infinitely significant.

It is also the point of the soul which is most often lost over the passage of time, leading us to live a life of black and white akin to the six days of the week, removed from the brilliant color and energizing spirituality of Shabbos Kodesh, as we shall soon see.

This daughter was very precious in his eyes and he loved her very much. He spent much time rejoicing with her.

As we have mentioned, the princess in our story symbolizes the purpose of all of creation, our deepest awareness of Hashem and the sublime, spiritual element behind creation. Though a life spent adhering to halacha and performing mitzvos mindlessly, by rote, may represent a life well lived, it is certainly not a what Hashem truly desires. Our sages teach that “Rachmana liba ba’i”, “Hashem desires the heart”. (Sanhedrin 106b) It is the soulful presence of the “princess” which imbues observance of the mitzvos and halacha with life, desire, and passion. A life of “lishmor v’la’asos”, staying away from sin and fulfilling the commandments is sweet and holy, but it is only the holiness of the six days of the week. When one serves Hashem on the level of “lishmor v’la’asos ul’kayeim”, filling his avodas Hashem with a sense of meaning and fiery passion, his avodas Hashem is “Shabbosdik”; it is able to elevate his life to an entirely different plane of living. “The daughter was very precious in his eyes and he loved her very much:” an avodas Hashem that is filled with the presence of the daughter is the most beloved to Hashem.

The Mysteries of Mikveh and Counting the Omer

How Getting the Flu Led me to an...

THE SOPHISTICATE AND THE SIMPLETON

A Gift from God

The Oil of Chanukah