Home Stories The Story of Our Lives: The Lost Princess #5
Stories

The Story of Our Lives: The Lost Princess #5 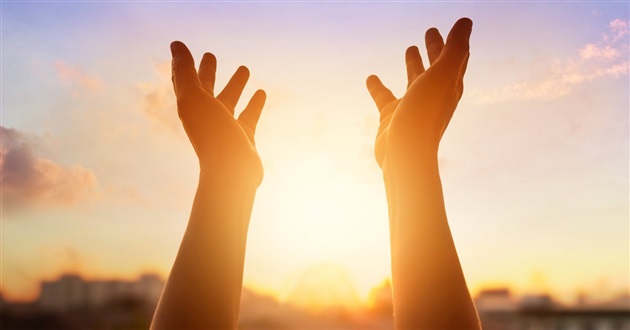 Hi there friends! I hope you all had the most meaningful and inspiring Shavuos! In the previous lesson, we discussed the grave error made by the lost princess. We explained that when the king acted as if he was casting her away in anger, she unfortunately left his presence instead of trying to appease him and reawaken his love as the king himself truly desired. As a result of her certainty that the king no longer desired to have any relationship with her, the princess opened the door for the dark and evil forces and enabled them to capture her and take her away.

Her father (the king) was very pained and he went here and there looking for her.

The king had hoped that his feigned anger and the terrible statement he had uttered would frighten his daughter into the sober awareness of how her appreciation for their relationship had dimmed, bringing them closer than ever before. He certainly had never truly desired the abduction of his only daughter; it was only a show, an ingenious plan to bring her back. Sadly, this plan went miserably awry. Devastated and broken by his tremendous loss, the king set out to search for her.

Many times in life, we find ourselves, like the princess, convinced by Hashem’s outward show of impatience and anger. The voice that echoes within our psyche, proclaiming hope for everyone aside from us, telling us that Hashem no longer desires our service and that we have fallen too far to again rise seems so real! The arguments it makes are so logical, so in step with rational halachic consequence! We are soon convinced that we deserve this feeling of disconnection, that we have brought it upon ourselves, and that this death-sentence of the soul is the direct result of our spiritual crimes. Like Acher, we mistake the divine call of “Return my wayward children, aside from you” for being an expression of Hashem’s true will. (See Maharsha to Chagiga 16a) Drowning in an ocean of choking despair and hopelessness, we give up and sink to the depths. Our childhood dreams of spiritual fulfillment are shattered. In their place stand the charred and twisted remains of what we might have been, of what closeness with Hashem might have looked like.

When we make this tremendous mistake, it is exceedingly difficult for us to become inspired from an external source. Having “heard” Hashem Himself tell us that there is no longer hope, nothing else can bring us to the revelation that there is.

The king doesn’t find the lost princess in the story. Heaven-sent inspiration often doesn’t do the trick. Instead, someone else must be sought to carry on the search, someone with an entirely different perspective. We are introduced to this character in the next line of our tale.

The viceroy stood up, for he saw the king’s pain.

The role of the king’s viceroy is perhaps even more central to the story than the princess herself. Accordingly, it is necessary to learn about him and the element he represents in our personal lives. The tzaddikim teach that every Jew, regardless of his spiritual standing, has a place deep inside which is always perfectly pure. No matter how removed one may become from holiness, that pilot light continues burning, ever defiant. Just like the sole jug of oil found among the rubble of the Beis Hamikdash in the story of Channuka, this place inside is untouched by impurity. Accessing this place deep within one’s soul, a Jew can reignite the flame of his passion toward serving Hashem. The tzaddikim referred to this element in many different ways. Some called it the “Pintele Yid”, others the “Cheilek Eloka mima’al”. Rebbe Nachman famously called it the “Nekudah Tova”, the “Point of Goodness”. In his magnum opus, Likutei Moharan, Rebbe Nachman writes “And even when we encounter one who is completely wicked, we must search and seek within him some tiny drop of goodness in which he isn’t wicked.” (Likutei Moharan 282)

The tzaddikim of Breslov teach that the viceroy in our tale who takes up the search for the lost princess refers to this element in the Jewish soul, the “tzaddik” within, the “Nekuda Tovah” we each contain without exception. That inner point of perfect purity acutely senses the king’s pain over the loss of the princess and resolves to do everything in its power to find the princess and free her from the influence of the evil forces that have taken her away. Though we may have long ago given in to the seductive realm of apathy and indifference over the sorry state of our spiritual development, the inner point of perfect purity refuses to rest. Time and time again it stirs, rising to the surface of our psyche and reminding us of what we have lost. If we will only allow it, this tiny drop untouched goodness will search and find the lost princess. From its ever-glowing embers, a great fire of holiness will rise once more.

He requested a servant, a horse, and money for expenses and he went to search for her.

In order to begin searching for the Jew’s lost princess, passion and excitement toward the service of Hashem which has been lost to the mistaken belief that his efforts are no longer desired by Hashem, the “tzaddik” within requires three prerequisites from the king. First, it needs a “mishareis”, a servant. The tzaddikim of Breslov teach that the servant of the viceroy represents the powers of intellect. In order to begin the Teshuva process, one must have a healthy faculty of thought and the ability to discern between truth and falsehood. Second, the viceroy requires “a horse”. This refers to a healthy body. The relationship between physical well-being and emotional health and vitality is well documented. The search for the lost princess and the obstacles he will need to overcome will push the viceroy to the limits of his emotional endurance and physical health and the strength and vigor it brings are therefore absolutely necessary for the success of this mission. The third and final element the viceroy requests from the king is the most straightforward. “Money for expenses” means just that. The search for the lost princess in our lives has a far greater chance of success if a majority of our waking hours are not spent worrying about how we are going to pay the rent or our child’s tuition. Financial difficulties and the anxiety they bring are often debilitating to a Jew’s spiritual growth. When one resolves to gather his strength and search for the fiery passion of youth that has been lost over time, he needs “Yishuv hada’as”, peace of mind and the ability to devote himself fully to the task at hand. Financial stability goes a long way to granting a person this peace of mind. It is important to stress that we are not talking here about attaining fabulous wealth or riches. The viceroy requests only the money “for expenses”; the funds to cover the costs of a reasonable lifestyle.

These three requests made by the viceroy before setting out on his journey represent the three most fundamental and necessary elements a Jew must daven for when preparing to search for his lost princess. Mental, physical, and financial well-being are the three pillars which put a person in position to succeed in his noble undertaking. As they are imperative to spiritual growth, one can rest assured that these three elements will not be easily attained. The yetzer hara is sure to do all in his power to prevent a Jew from attaining these goals. However, if one will be persistent in his prayer and express the truth that his desire for these physical blessings is only for the assistance of his spiritual pursuit, his prayers will be accompanied by tremendous divine assistance.

Before we begin to tell the story of the viceroy’s epic journey and all of the obstacles and disappointments he met along the way, Rebbe Nachman strengthens us by revealing the viceroy’s ultimate success. Let us not be deterred when we read, in the coming weeks, about his many failures along the way; whenever we embark on the search for the lost princess with motivation, commitment, and resolve, and with “the king’s pain”, how much Hashem desires the rekindling of our relationship, ever present in our mind’s eye, we shall invariably succeed. The only question is this: how much does finding the princess truly matter to us? Have we reached the realization that life without her is hardly worth living? Do we have the fortitude to hold on to our dream “for a very long time”?

Parshat Naso – The Menorah and the Seven Pillars of Torah

Searching For Hashem In Our Own Way