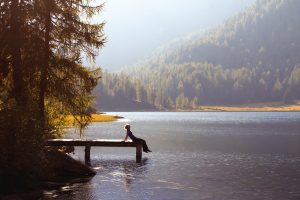 Today I lived a good life that I have never lived such a life before ”said the Rebbe and in one sentence is also the secret to a good and happy life!

The matters narrated in Parashas Chayei Sarah are the death of our mother Sarah and the finding of Rifka for Yitzchok, as we saw at the end of the previous Parasha.

In this article we will discover the key to the inner code of longevity as Rebbe Nachman revealed it.

The Parasha begins with the words: “Sarah’s lifetime was one hundred years, and twenty years, and seven years, the life of Sarah’. and Sarah died in Kiryat Arba which is Hebron in the land of Canaan and Avrohom came to eulogize Sarah and to weep for her” (Genesis 23: 1-2), the Torah sums up her life and tells of her death, the obituary and burial, but if we look at the way the Torah detailed the years of her life we ​​will discover a puzzling thing: it lists the units separately: one hundred years, twenty years, seven years. Why does the Torah divide the years of her life into units and not include them at once ‘one hundred and twenty-seven years’?  In addition, it is not clear why the Torah rewrites the words ‘the years of Sarah’ at the end of the verse after counting the years of her life, since the verse opens with these words ‘so why should one go back and clarify what were her years of life?  Our late sages learn from this: that at her 100 she was like 20 without a sin, And the Midrash concludes: “the years of Sarah” – “they were all equal for good.”

In the miraculous story that Rebbe Nachman told about seven beggars (Rebbe Nachman’s Stories #13), Rebbe Nachman tells of eight who said about their power of memory, the oldest of whom said he remembered ‘when they cut the apple from the branch’ and the youngest was ‘the blind beggar’  He said he remembered ‘nothing’. In the story itself it is explained that the intention in the words of the oldest was – that he remembers the stage of birth as soon as he was born, while the youngest of all who said the words ‘nothing’, means that he remembers what is above all, even before the stage of soul, spirit.  So in fact the young man actually remembers something much older than the one who is much older than him.

In the commentary on the story Reb Noson points out: that no man of human understanding in this world can claim to have an explanation for this wonderful story, because things are so high that they cannot really be explained, yet with the mercy of God these things – however high – were revealed and said In this world, we should try to find in them hints, and on the practical level Reb Noson finds wonderful hints in the story – to live every moment in renewal, and he gives a living example of Rebbe Nachman himself.  We will present things in his own words:

Here is what I saw and heard from the Rebbe himself several times, Who always lived in renewal, I heard from him several times saying: “Today I live a new life I have never lived such a life before. Everything is called life in this world, etc., and also in a life of sorrow there are many differences, etc. but really the main thing of life is real long life, which is the examination of the long life lived by the blind beggar who lived a really long life, because he proudly said that he was very old and yet still very young and had not yet begun to live at all, because that is the essence of long life, when one begins to serve god over and over again as if he had not yet begun his work at all, as it is written: ‘Every day should be like new, (Likutey Halakhot, Tefillin #5, 4-5).

The secret, then, is in something related to old age and rejuvenation, and we will explain a little about the idea behind: old age is perceived by people on the superficial level as a physical sense, weakness, something related to a person’s age, old age symbolizes “mental fatigue” less desire, and consequently also fatigue in deeds.  Sometimes, the fatigue is in the sense of ‘giving up’ after several attempts, sometimes the fatigue is in the sense of completeness like an old man who has exhausted his strength and is coming to terms with the loss. But there is another aspect to old age, which has nothing to do with the physical age, it is a kind of old that is expressed in the feeling that this is it, I have exhausted my abilities, it is good that I have reached where I am. I have no ambitions to go further. I am exhausted!

This is old age that Rebbe Nachman fought with all his might and cried out: ‘Alt tar man nayt zein’ (= it is forbidden to be old).  In Sichas HaRan, Rebbe Nachman writes: ‘It is not good to be old, both an old Chasid and an old Tzaddik, an old man is not good, because one only has to renew every day and start all over again’ – the opposite of old age according to Rebbe Nachman, when a person says to himself: I did not do enough, I still did not do anything, like a child. We have never heard a child who is satisfied with what he has accomplished (unfortunately in our generation we see a lot of young people like that, precisely for this reason they are old ..).  One should always renew oneself and say to oneself, ‘I have not yet begun anything in the work of God, and I must now begin all over again as if I had never engaged in the works of God’.

Reb Noson tells that Rebbe Nachman saw these things in real, and so he says:

And as I have seen our Rebbe always, that although in the previous hour he spoke of greatness and revealed a wonderful Torah, then after a while we saw him in great sorrow, and sometimes he spoke about his sorrow before us from the depth of his heart, ‘how does one achieve to be a real Jew’ as one who has never felt the work of God, and each time he would say that now he does not know anything at all, not at all, etc.  Even in the previous hour he had discovered what he had discovered and said that he had achieved what he had achieved, yet soon afterwards he would have said that he knew nothing.  That is, because he never stood on one step, he would only go swiftly, each time from step to step in the upper and higher steps, and even when it reached what he had reached, etc. his mind had not yet cooled with it”

And Reb Noson sums it up: “And this is the essence of real life – when you get to start each time again in the work of God, as it is written: ‘Because this is your life, and the main work of God starting again and again, and not to fall into old age. and as the Rebbe warned about it and said that it is forbidden to be old, both an old righteous man, an old Chasid, an old man is not good.  And this is the essence of the long life of the holy old man who is the aforementioned blind man because he was very old and very young.

Returning to our parsha, Reb Noson explains the verse in light of the things we have clarified: ‘And the life of Sarah was one hundred years, and twenty years, and seven years, the life of Sarah’. This is Sarah’s life, this is how life really is: a hundred years, even when you get to old age you still start over and over again. Sarah at the age of one hundred was about twenty, and when she was twenty as if she was seven as if she had never started.  Not like someone who worked and got tired or like someone who had already reached their destination, but like someone who had never started.  This is Sarah’s praise and therefore the verse again doubles itself at the end: ‘Sarah’s life’ – ‘All are equal for good’, when she was a hundred she was as if she was twenty, never contented with the immense work, And by this she added more and more and reached new peaks in the indescribable work of God, and only when in the end when her life came to an end and the time came to return her soul to God, then, in summing up her years retroactively, all her life was ‘all equal for good’. This is the real long life that one has taken advantage of (above 38).

What we can learn from the Parasha – is to live in every moment anew.  To live again does not mean ‘addition’ to the life of the routine, but to ‘life itself’ – to live them as we have never experienced it, this is a life full of content.  This is a different approach to life.  The will and the effort are completely different and accordingly also the power for the work of God.  That way our whole lives will be equal for the better.

The rule for a happy life: to live every moment anew!

Finally, we will quote from the words of Reb Noson who explains this to virtually everyone in simple words:

The rule – that every person who wants to think about his main purpose in this world should be very careful not to be old at all, which is, not to fall into old age, both righteous and pious and every other person even the least of the least, he should be careful not to fall into old age. Even a great righteous man is not allowed to be old in his work, even though he reached to very high places, nevertheless one should be strengthened to ascend from step to step and start every time anew.  Because this is the essence of Judaism – to be strengthened to ascend from level to level every time… ”

So shall we start living a good life from now on?  It is possible?  Yes, it can certainly happen, even if you have not succeeded so far you can now start living.

Now the words of Rebbe Nachman that we quoted at the beginning of the article are more illuminating: “I lived today a life I have never lived before, because there are several kinds of life, and everything is called life, but today I lived a good life that I have never lived such a life.” The difference is in the way of life, to live as we have never lived.

I wish we could and will also be able to say honestly the words that Rebbe Nachman said: “Today I lived a good life that I have never lived such a life”, Amen!

WHAT IS SIMPLICITY? (PART II)

I Want To Be Free

Gedaliah Fleer – The power of Jewish...