Home Advice Turning the Curse into a blessing
AdviceFaithParnasaRead

Turning the Curse into a blessing

The difficult situation, which was caused by the curse of Adam, can actually turn into the greatest blessing!

When Adam ate from the tree, he in essence said to G-d that he can provide for himself with his own ideas and actions.  The result of this mistake was the curse G-d gave to Adam, from now on it will be very hard to make a living. The main hardship is the initial lack of an idea how to make a living. But in this curse lies the potential for great blessing and the rectification of Adam’s sin.

Usually when a person is at the stage of needing an idea for a job, he is in a state of helplessness. He is not sure where to turn. The sages compare this situation with finding one’s true spouse. A person that is looking for his life partner also experiences this helplessness. Where will he find his wife amongst the thousands of options. Who is going to be the right one that will build a holy Jewish family together with him? Where is the wife that is going bring him happiness and not G-d forbid sadness and strife?

There is two ways a person can procced when in this state of helplessness.

The first is to put all his efforts in to finding a solution. Searching for hours on job websites, calling anybody that might have a lead or looking at his cellphone waiting for the call of salvation.

The main hardship is the initial lack of an idea how to make a living. But in this curse lies the potential for great blessing and the rectification of Adam’s sin.

The second way looks very similar but there is an essential difference which starts in one’s attitude.

Its starts with knowing that only with G-ds help can he find the right job for him. He knows that its not his efforts which are going to find him the job. He is only searching because he is doing the will of G-d, who says that a man should search for a livelihood.

When this is his attitude the whole picture changes.

Before he sits down at the computer or picks up the phone, he puts himself into focus. From where will my salvation come? Only G-d. Why did he put me in this situation of the unknown in the first place? He wants me to get to know him. That is the main reason why I am in this world. He put me here to come to the realization that he controls everything and only he can provide for me. So let me go straight to the source. Now’s the time to talk to G-d himself and ask for his help in his own words. In addition, he can say some Psalms and use the prayers King David made for all generations. Only than does he move on to the next step of searching for a job. Now he can be confident that G-d will lead him in the right direction. Even if he does not experience an immediate salvation, if he keeps on praying and gently searching for an idea he will get there eventually. 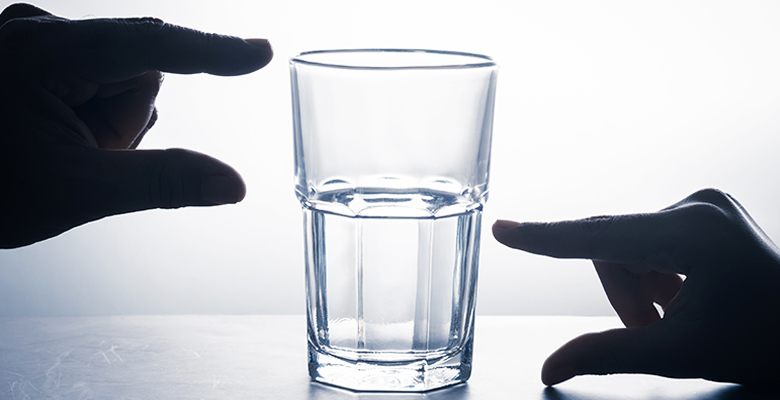 Attitude, that’s all that changes the picture!

Now this difficult situation, which was caused by the curse of Adam, can actually turn into the greatest blessing. This helplessness caused him to develop a relationship with G-d and strengthened his belief that G-d is the Creator and Provider. There is no greater blessing then getting to know G-d.

Now we can understand why in so many of the mitzvot that we do, there is a mention of the Exodus from Egypt.

Find out how next week.

I would love to hear your questions and comments about this article, or about how to create a healthy relationship with money in general. At: [email protected]

Why is it so difficult?

What Ever Happened to Training a Child According...

Corona and the survival of King David