Home Family We Are All Wise, but Even So…
FamilyJewish HolidaysReadRedemptionTzaddik

We Are All Wise, but Even So…

This coming friday night is Pesach (Passover), and we will all sit down, with G-d’s help, to celebrate our exodus from Egypt. There is an especially exalted mitzvah to recount the miracles of the Exodus on the night of Pesach. Everyone is obligated in this mitzvah: the wise, the clever, and also those who are well-versed in the Torah. But if we already recalled the story of the Exodus from Egypt last year, why do we have to go over it again every year. Has anything changed since then? This is the subject of our article in honor of Pesach.

Thank G-d, we merited leaving Egypt thousands of years ago, and since then we have a special, invaluable mitzvah to relate the story of the Exodus on the night of the fifteenth of Nisan, the night that G-d struck the firstborn of Egypt and brought us out from slavery to freedom. We all begin the Haggadah with the world-famous question and answer, “Why is this night different…?” And the answer: “We were slaves…” We were slaves to Pharaoh and G-d brought us out of Egypt.

We would like to understand the meaning of the following inspiring words found in the Passover Haggadah: “And if HaKadosh Baruch Hu had not brought our ancestors out of Egypt, we and our sons… would still be enslaved to Pharaoh in Egypt.” What is the meaning of this?

Rabbi Nachman teaches that “any unity that is revealed through different events has a profound effect”. meaning, that everything that happens in the world symbolizes a different form of administration and a different power and aspect of nature, but when a person understands that all these different events in the world actually originate from a single source, this is very precious to the Creator.

Rabbi Nachman adds to this and teaches that the days of the week symbolize slavery. On weekdays, a man works at his regular job. Shabbat symbolizes freedom, the aspect of “son,” which is the opposite of slavery. G-d created the world in six days and rested on the Shabbat. When a person rests on Shabbat, in this way he testifies that all the actions of the six days of Creation where on each day of creation there was a different creation and a different power; it all originated in the One G-d who created everything.

The Exodus also testifies to the unity amongst all the different events: everyone clearly saw it by virtue of all the awesome signs and wonders that Moses did before the eyes of all Israel, that the water became blood and then returned to being water. Moses brought down a plague of frogs upon the Egyptians and eliminated them through his prayers at the exact time he was instructed to. All this was literally seen by each and every person, demonstrating that all the different entities that exist in the world—water, blood, and so on—all of them originate from the One G-d Who governs the world according to His will, which He reveals to the righteous.

Rabbi Nachman teaches that “any unity that is revealed through different events has a profound effect”!

Rabbi Nachman takes this one step further and teaches: The essence of the pleasure of the World to Come is in thanking and praising G-d. Through this, one draws closer and closer to G-d. The more one knows and recognizes the Creator, the closer he is to Him. Therefore, in the future, all the sacrifices will be discontinued except for the korban toda’ah, the thanksgiving offering. That is, in the future, nothing will remain except for the practice of giving thanks and acknowledging the greatness of G-d which will bring us to recognize and know the Creator. Thus, it is said about the future: “For the land shall be full of knowledge of G-d as water covers the sea” (Isaiah 11:9).

Rabbi Nachman continues by teaching that the study of halachah (Jewish law) is also considered the knowledge and recognition of the Creator, because through the halachah man understands and is thus able to fulfill the will of the Creator: “When we learn a new halachah, our intellect and knowledge are also renewed, and knowledge is the essence of the pleasure of the World to Come” (Likutei Moharan II, 2).

Now let us return to the wonderful words of the Haggadah: “And if the Holy One had not brought our forefathers out of Egypt, behold, we and our sons… would still be enslaved to Pharaoh in Egypt.” This means that the main point of the Exodus from Egypt was the revelation of emunah (faith), G-dliness, from generation to generation forever, as it is written, “And you shall make them known to your children and to your children’s children” (Deuteronomy 4:9), and as is written, “And until generation after generation is His faith” (Psalms 100:5). But to reveal the emunah and the recognition of the Creator and pass it on from generation to generation, one must know the Torah, but at the time of the Exodus from Egypt, we have not yet received the Torah. How then was it possible for us to leave Egypt and to reveal and pass on the emunah from generation to generation if we did not have the means to do so: the holy Torah?

The answer is that although the Nation of Israel did not deserve to be redeemed because they did not have the necessary means, knowing how to give thanks to G-d and learn halachah, nevertheless G-d had mercy on the Nation of Israel and redeemed them. This is hinted to in the words, “Behold, He is coming, skipping over the mountains, jumping over the hills,” G-d had mercy on us and hastened the conclusion (Song of Songs 2:8, see Rashi there). If the Holy One had not had mercy on us and “skipped over the end,” then we and our children would still have been enslaved to Pharaoh in Egypt, because we did not have the opportunity to draw down the tradition, and the laws of the Torah, and the emunah, the recognition of the Creator and pass it on from generation to generation. 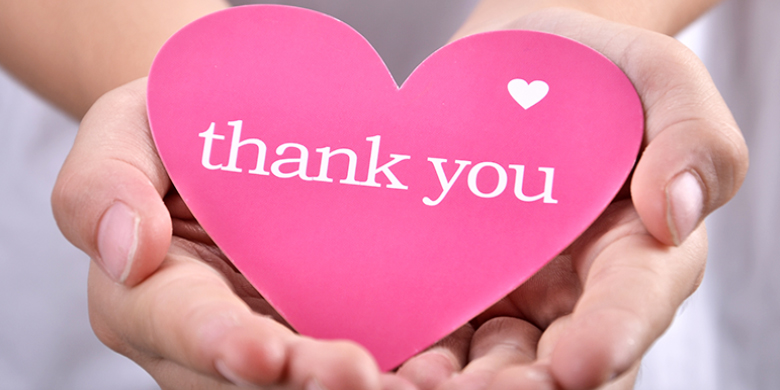 That is, in the future, nothing will remain except for the practice of giving thanks and acknowledging the greatness of G-d!

Let us look further at the precious words of the Haggadah: “And even though we are all wise and clever and knowledgeable in the Torah, we are commanded to relate the story of the Exodus from Egypt…” Why do we have to tell the story of the Exodus every year? After all, the main purpose for which we came out of Egypt was to receive the Torah, as it is written: ” When you take the people out of Egypt, you will serve G-d on this mountain” (Exodus 3:12), that is, on Mount Sinai, where we received the Torah. And after we have received it, and we are now able to pass it on to future generations, why do we have to go over it again every year and recount the story of the Exodus and how it all began?

The answer is, as we have seen in the words of Rabbi Nachman: despite everything, we still have to go back each time to the beginning and tell over G-d’s kindness to us. For the more a person gives thanks to G-d, the more he reveals and connects to the Creator. So too, when a person learns halachah, he better knows how to serve the Creator, and he connects to and understands more about Him, and then he is more able to thank Him, and again comes to know Him even better and so it continues.

Therefore, “even though we are all wise and clever and knowledgeable in the Torah, we are still commanded to tell over the story of the Exodus from Egypt.” For indeed, even now that we have received the Torah, we must still return each time and acknowledge the wonders which He did for us, how He redeemed us from Egypt, and in the same way, everyone should remember the kindness that G-d does for him at all times, because when a person gives thanks to G-d and draws closer to Him, which is the main pleasure of the World to Come, then he merits to know Him and serve him better.

This is the essence of the commandment of telling over the story of the Exodus from Egypt: to always remember the kindness which G-d did for us and to reveal the Unity behind all the different events, because we merited to see during the Exodus the great miracles where G-d showed us that everything is from Him and that only He controls creation.

Post Script: On a personal note, I would like to thank everyone who took part in this year’s Kimcha D’Pischa (5782) campaign and praise the tremendous giving and wonderful merit that you have had to gladden the hearts of the many families of Breslov Chassidim in the Holy Land. May G-d bring joy to each and every one of you on the Feast of Freedom with complete simchat ha’chag and may we all be privileged to thank G-d with all our hearts, which is the essence of the pleasure of Olam HaBa.

THE COUNTDOWN TO RECEIVING THE TORAH – AND...

Take Your Holiness With You

Anniversary Trip in the Making – Part I

Ask A Breslover: How Do I Be Happy?

Peace in the Home

Who and Where is Amalek Today?