Home Joy WHAT TO STUDY
JoyReadTzaddikWisdom

Most people will say, “Impossible!” But before giving up even before you’ve started, let’s look at what Rebbe Nachman has to say!

Rebbe Nachman once enumerated how much a person should study every day, a schedule which would fill his entire day. You should study enough each day so that at the end of the year you will have completed 1) the entire Talmud with the commentaries of Rashi, Tosafot, Rif and Rabeinu Asher; 2) the entire Shulchan Arukh (Codes of Law); 3) all the Midrashim; 4) the holy Zohar; 5) the Writings of the Ari (Rebbe Nachman’s Wisdom #76; some 20,000 pages annually).

Wow! Who can imagine going through all of that in one year?! Not to mention, that the Rebbe then went on to say that a person should also set aside some time in the day for studying the Torah in-depth and analytically, reciting the Psalms as well as many additional prayers, and even then his list had not been exhausted. Most people will say, “Impossible!” or, “You’ve got to be kidding!”

Wait a minute! Before giving up even before you’ve started, let’s look at what Rebbe Nachman has to say. Firstly, there’s no point in getting overwhelmed. Obviously, such a schedule is for someone who has already been through the Talmud, Shulchan Arukh, Midrash, Zohar, etc. and is familiar with the material. Otherwise, it would take a super-human effort just to recite so many words, let alone understand them. This daily schedule is also predicated on the method of study which the Rebbe advised us to follow. As has been explained, he wanted us to study quickly and eagerly, without confusing ourselves by focusing on intricate details and cross-referencing.

Rebbe Nachman wanted us to study quickly and eagerly, without confusing ourselves by focusing on intricate details and cross-referencing!

Still, you might ask why Rebbe Nachman set out such a “work-load” if he could hardly expect anyone, but the very learned, to finish it? The answer is really quite simple. We’ve already seen that the Rebbe understood that no one (not even the greatest scholar and most devout individual) can serve God appropriately as is His due.

As Rebbe Nachman has insisted many times, the main thing is desire. We have to desire to serve Him in the way in which His glory warrants. This also applies to the way we serve Him through our study of Torah. Here too, we have to aim for the best – studying the entire Torah in the course of a year. Just as the Rebbe realized that even if we succeed filling his prescription for Torah study we would still not be serving God as is His due. he was also aware that, with the progressive weakening of commitment to Torah study throughout the generations, most of us would ever reach the yearly goal he prescribed. However, we can desire the utmost. 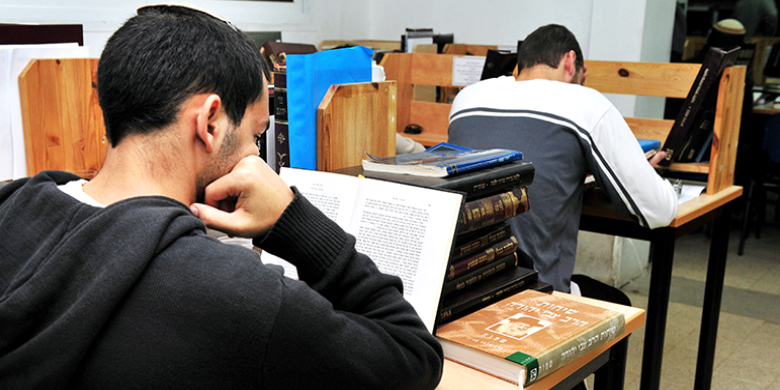 It’s also worth hearing what the Rebbe said after he listed his ideal study schedule. He told us not to be anxious if we found ourselves incapable of completing everything he suggested each day. “One can be a religious Jew even if he can’t study that much. Even without being a scholar, he can still be a Tzaddik. Deep perception cannot be attained without Talmudic and halakhic scholarship, but even the simplest Jew can be righteous and a Tzadik.” The Rebbe then quoted the Talmudic teaching (Avot 2:21): “You are not obligated to finish the work (studying the entire Torah), neither are you free to excuse yourself from it” (Rebbe Nachman’s Wisdom #76).

Hashem, what are You waiting for???

The Shadchan’s Chair – Finding Your Soulmate

Building the Kingdom of Holiness