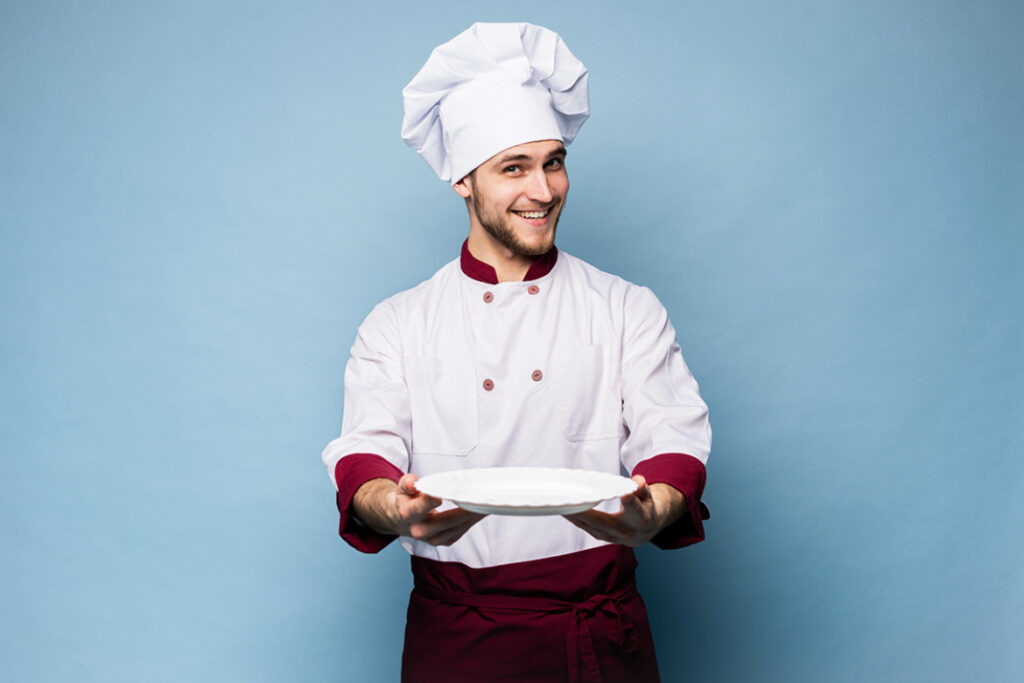 The topic that we will be dealing with this week is one of the great foundations on which the Holy Zohar and the writings of the Arizal (the famed Kabbalist, Rabbi Yitzchak Luria) are based on:

As a result of the sin of Adam HaRishon, the first man, and as a result of the sins of all the generations up until today, many sparks of holiness were scattered and dispersed among the goyim (Gentiles), falling everywhere, even to lowest depths. Those same sparks are constantly longing to be rectified and raised up, returning to their source in holiness. This is the reason that the sparks impatiently wait for a Jew to come to the place where they are located, and when he comes, they can cling to him and latch on to him in order to be rectified. This is especially true when a person is involved with matters of holiness, for this then becomes the time of the rectification of these sparks, when they are raised up to their root in holiness.

But because the sparks have sunk in and become surrounded by the goyim, when they come to a Jew, they bring along with them the klippot (negative energies) and evil thoughts that are surrounding the sparks, causing the person sorrow and anguish. This is because when the forces of the Sitra Achra (literally, “the other side” referring to “the Side of Evil” which opposes the forces of holiness), realize that the sparks of holiness seek to return to their root, they increase their resistance and refuse to allow the sparks to become rectified. This is the reason why the exile has been drawn out for such a long time, because at the time of redemption, all the sparks of holiness will return to their root, and the Sitra Achra seeks to prevent this.

This rule applies to all forms of exile, physical or mental. Even being distanced spiritually is considered to be a form of exile for all intents and purposes (see Likutei Moharan I, 163: “Regarding the issue of emotional suffering…one can suffer torture and torment and great upheavals.”) The advice for this is to increase our desire for holiness, to stand firm and to anticipate G-d’s salvation. In the end, G-d will help us. It is not enough for us to merit to return on our own, because we can raise up with us many sparks to their roots.

These wondrous teachings come from a lesson that Rebbe Nachman gave over regarding this matter:

“Wherever Jews go, they become ministers to their masters” (Sanhedrin 104a). That is, in each and every place that the Jews go, they are at first in exile and humiliated and exploited, but afterwards they elevate the place where they reside, raising it up and become ministers to their masters. In the future, the theaters of Edom (Rome, the descendants of Eisav), will be turned into batei midrash (study halls for learning Torah), about which is written, “and they also will remain for our G-d” (Megillah 6a). The meaning of this is that in addition to the original holiness, countless numbers of them will join them from the darkness of the exile, and many sparks will return to the side of holiness. Thus G-d’s name will be sanctified and raised up (Likutei Moharan II, 76).

The sparks impatiently wait for a Jew to come to the place where they are located, and when he comes, they can cling to him and latch on to him in order to be rectified.

Let us now turn to the Torah portion of the week. The Torah commands us to separate some of the dough (when we make bread) and to give it to the Kohen: “And it shall be that when you eat from the bread of the land… The first portion of your dough, you shall separate a loaf as trumah [gift to Kohen]” (Numbers 15:19-20). Rabbi Natan connects the teaching concerning the sparks with the mitzvah of separating the challah. He teaches:

Most of the sparks of holiness which were scattered are found mainly in food. This is because the sin of Adam HaRishon, which caused the sparks to be scattered, was his eating from the Tree of the Knowledge of Good and Evil. This is the reason food requires a lot of preparation and great efforts in order to make it fit for consumption. For example: ten separate operations are required from the stage of harvesting wheat until we can eat it as bread. In spirituality, too, there are ten mitzvot regarding the bread, because in order to clarify the sparks from food, a lot of preparation and complex procedures are required.

The more important the food is and the closer it gets to its final stage of being fit for consumption, the clarification of the sparts in it will be more important and significant. Bread is the food which most satiates a person’s appetite. The rolling out of the dough just before it is about to be baked, following which it will actually have the taste of bread, is precisely the time when the sparks can receive their rectification, and so this is the time for the separating of the challah. Why?

Satiety originates in the Ratzon HaElyon, the Supreme Will of the Creator, as it is written in the verse: “You open Your hand and satisfy every living thing [with] its desire” (Psalms 145). It is the Supreme Will which is the source of all the taste and pleasure there is in food. Our job is to reveal this enlightenment of the Supreme Will at the time when we are eating, that is to say, to raise up the sparks which make up the flavor of the bread that originates in the Ratzon HaElyon to their root in holiness. This is the completion of the clarification of the sparks and their being raised up.

How is this done? Rebbe Nachman teaches: The role of the Tzaddik in this world is to radiate daat (knowledge) and emunah (faith) in G-d in order separate Am Yisrael from iniquity. To those who are on a higher level (who he refers to as the “darei ma’alah”), he shows them that they have not yet begun to understand who G-d truly is, so that they realize that they must strive for even higher levels. And on the other hand, those who are on lower levels (who he refers to as the “darei matah”), like the “shochnei afar” (“those who dwell in dust”), he inspires them, as in the verse: “Awaken and sing, you who dwell in the dust” (Isaiah 26:19). That is, he shows them that G-d is still with them and desires them, and thus he inspires in them a spirit of hope that they should not despair of meriting to aspiration and exalted yearnings for the Creator. This enlightenment shines the most at the time of eating.

We can now understand how these ideas are woven together in a wonderful way. “Challah” is separated from bread which is the most satisfying food. Satisfaction is, in its root, the Ratzon HaElyon, the Supreme Will. In addition, challah is taken when the dough is rolled out just before baking, right before the sparks give the bread its pleasant taste. So, this is the main time for clarification of the sparks and for raising them up back to their root in holiness, the Ratzon HaElyon. 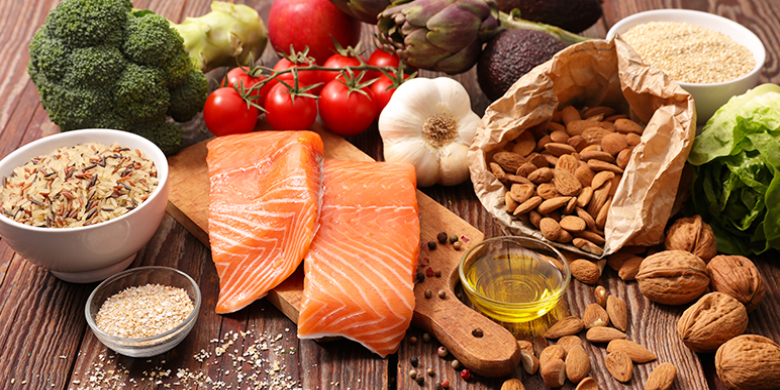 Most of the sparks of holiness which were scattered are found mainly in food.

The portion of the challah is given to the Kohen because the Kohen is included in the two enlightenments: the enlightenment of those on a high level, who are required to strive for higher levels, and the enlightenment of the people on the lower levels, who need to know that G-d is constantly with them. Since bread contains most of the sparks, and since the moment before baking is the time for raising up the sparks, it is also the time to illuminate the people on lower levels with the Ratzon HaElyon, i.e., the desire to cling to the Creator in any situation. There is no greater perfection than raising up the sparks, as it says in the verse: “And it, too, shall remain to our God” (Zechariah 9:7), since everything is then returned and completely included in the holiness.

When all this happens, the Ratzon HaElyon is reawakened, the wonderous exalted connection between the Nation of Israel and HaKadosh Baruch Hu is strengthened, and then nothing in the world can extinguish or even diminish our desire and longing for G-d or can distance us from Him. And this itself connects us to and hastens the Geulah (the Final Redemption).

This is how the Nation of Israel answers the nations of the world: “that you neither awaken nor arouse the love until it is desirous” (Song of Songs 2:7), meaning that in the merit of the mitzvah of taking the challah from the dough—which we continue to do even when we are in galut (exile)—there is a raising up of the sparks which were scattered in the galut, which then reveal and shine into the Ratzon HaElyon, the yearning to be connected to the Creator. And as long as we have the love and desire for Him, none of the temptations and tricks will be able to entice us to become distanced from the Creator, and we will remain steadfast in our clinging to Him forever.

Now we will connect these ideas to the sin of the spies. They were in the Land of Israel while it was still in the aspect of exile, under the control of the seven nations. They were full of fear due to their small stature and lowliness, as they themselves said: “In our eyes, we seemed like grasshoppers” (Numbers 13:33). They should have strengthened their emunah (faith) in G-d and in Moses, his servant, who had all the power necessary to overturn the exile and to raise up and return everything to G-d and to Israel, as actually happened later on. However, they refused to do this, and therefore it was decreed because of them that there would be tears of crying for many generations, an exile that has continued until this day…

The rectification for this is that we should listen to the Tzaddikim who enlighten us in each and every situation and awaken within us the koach ratzon, the power of will, and strengthen us to believe that G-d will conquer all the evil that confronts us. Through this, Moshiach Tzidkeinu (our Righteous Messiah) will come and will redeem us soon, and everything will return back to G-d as we explained above.

Now we can understand why the Ratzon HaElyon is revealed at the time that we are eating and how this is connected to the spies. Most of the sparks are scattered in food, and when the portion of challah is separated, they are raised up. The Ratzon HaElyon becomes revealed, and everything returns to holiness. And this is the main rectification for the sin of the spies.