Home Advice WHO FROM…
AdviceFaithReadTzaddik

What’s really the right way to study? When it comes to Torah, which one of the methods of study is true?

Moshe received the Torah from Sinai and gave it to Joshua; Joshua gave it to the Elders; the Elders to Prophets… (Avot 1:1)

A person cannot successfully learn Torah from everyone. You may have to travel to find the right place for you to study Torah (The Aleph-Bet Book, Limud A:92).

People’s perspective of the world differs. This affects all aspects of our lives and is true for Torah study as well. As a result, down through the years several approaches to study have developed: from the deeply analytical approach to the more halachically centered general approach, and everything in-between. Some favor iyun (in-depth study), others have stronger memories and select bekiut (broad knowledge study)… and so on. This applies not only to the way we study any given subject of Torah – the differences being most prominent in the study of Talmud – but also to the different schools of thought that have developed on what to study in general. Thus, even within the Breslov movement itself, there are those who put more emphasis on a rich diet of Talmud, while others on Rebbe Nachman’s teachings.

At first, this may prove confusing. You might find yourself wondering, what’s really the right way to study? When it comes to Torah, which one of the methods of study is true? Actually, this question is no question at all, for the answer is that everybody’s truth is different. Each person has his own, personal preference. The thing to do is find your own level. Find yourself a teacher that suits you and have him guide you according to your truth. There’s no reason to have to accept someone else’s preference. As our Sages said, “A person only studies Torah from a place where his heart desires” (Avodah Zarah 19a). This means that you have to seek out the path which is best for you, because only then will your heart be in it – only then will your desire be strong enough so that one day you too will come to fulfill the Torah “work-load” which the Rebbe prescribed.

A person cannot successfully learn Torah from everyone. You may have to travel to find the right place for you to study Torah!

This brings to mind the well-known story of the treasure buried under the bridge in Vienna. This, in short, is how Rebbe Nachman told it:

A Jew once dreamt that under a certain bridge in Vienna he would find a great treasure. He traveled to Vienna and stood near the bridge trying to figure out what to do. A policeman who was passing by became suspicious. Sensing that honesty would be the best policy the Jew explained that he had had a dream that he would find a treasure buried under the bridge. If the policeman were willing to help him dig it up, he would be only too happy to share it with him. The policeman laughed and said: “You Jews are only interested in dreams. I also had a dream, and also saw a treasure.” The policeman then went on to describe accurately the man’s city and house. “In my dream, that’s where the treasure is buried,” he concluded. The Jew rushed home, dug under his house and found the treasure. It was then that he realized that the treasure had been his all along, but to find it he had to travel to Vienna.

The same is true in serving God. Each person has the treasure, but in order to find it, he must travel to the Tzaddik (Rebbe Nachman’s Stories #24).

The treasure is within each individual and he alone has his treasure. Yet, the discovery and development of that treasure only comes about by means of the Tzaddik. The Tzaddik is like a tree with many branches. Issuing from these branches are smaller branches from which leaves grow. All the leaves draw from the roots by means of the tree trunk, each drawing its nourishment via a different path. Similarly, all people draw their Torah through the Tzaddik, the True Tzaddik. But we each have our own path, separate from one another’s and each of us has to use the path which is right for us to draw nourishment – the Torah – through the Tzaddik. Thus, Rebbe Nachman teaches: the Tzaddik guides a person to his path (the path of his rectification) (Likutey Moharan I, 4:8). To this, Reb Noson added: You must study and receive Torah from your rabbi – a qualified rabbi, who is learned and righteous. By doing this you will come to understand the numerous hints and ideas which appear on your path to help you draw closer to God (Likutey Halakhot, Netilat Yadayim li’Seudah 6:56). 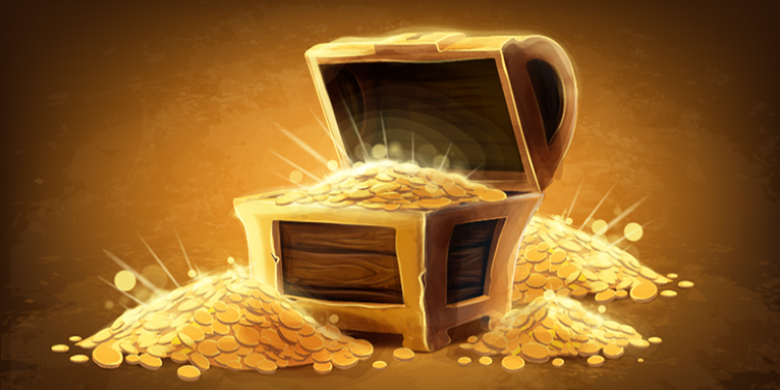 Each person has the treasure, but in order to find it, he must travel to the Tzaddik!

Rebbe Nachman teaches: One’s rabbi has to be both a lamdan (a scholar) and a chassid (pious). He must be learned, because “a boor cannot be pious” (Avot 2:6). At the same time, being learned by itself is also insufficient, because one can be very learned and yet wicked at the same time (Likutey Moharan I, 31:end).

Rebbe Nachman also warned of the dangers in becoming “too learned”. He said: a person’s erudition can propel him to great spiritual heights. However, when he encounters difficulties and falls in his level [of devotions], he must draw inner strength from his “good points,” his righteous deeds, not from his knowledge of Torah. Torah study is very great, but restoring a level of righteousness requires strengthening oneself with one’s good deeds. A person’s wickedness however, can lead him to heresy, and all the more so when he is learned (Likutey Moharan I, 31:end).

Furthermore, Rebbe Nachman teaches: There are certain teachers of Torah who must be totally avoided. Not only do they drain themselves with their false studies, but they mislead others and make them too weary [and disenchanted] to study Torah enthusiastically (Likutey Moharan I, 28:1).

The Art of Maintaining a Healthy Lifestyle

You Will Be Free of Suffering