Home Who Is Rebbe Nachman of Breslov?

Who Is Rebbe Nachman of Breslov?

Rebbe Nachman is a unique figure in the history of Chassidut, the Jewish revival movement founded by his great-grandfather, the Baal Shem Tov (Master of the Good Name). In his lifetime, the Rebbe was well-known as a Chassidic master, attracting hundreds of followers. Today, over 200 years after his passing, his following numbers in the tens of thousands, making him a vibrant source of encouragement and guidance in today’s world.

Rebbe Nachman was born in 1772, twelve years after the Baal Shem Tov’s passing, in the western Ukrainian town of Medzeboz. The Rebbe had two brothers and a sister.

During his childhood, many Chassidic masters would come to visit the grave of the Baal Shem Tov in Medzeboz and they would stay in the Rebbe’s parents’ house.

Rebbe Nachman was deeply inspired by these great leaders to become an outstanding Tzaddik and Torah sage himself. He acquired his first disciple on his wedding day in 1785.

Rebbe Nachman and his Brand of Chassidut

After his marriage, he moved to the eastern Ukrainian town of Ossatin. In the early 1790s, he moved to nearby Medvedevka, where he began to attract a devoted following. In 1798-1799, at the height of the Napoleonic wars in the Middle East, he made his pilgrimage to the Holy Land. Returning first to Medvedevka, he moved shortly afterward to Zlatipolia in 1800.

Around this time Rabbi Aryeh Leib, the Shpola Zeide, mounted a bitter campaign of opposition to Rebbe Nachman and his “brand” of Chassidut. This forced Rebbe Nachman to move to Breslov in September 1802.

It was right after Rebbe Nachman moved to Breslov that Reb Noson, who lived in nearby Nemirov, became his student. Reb Noson began to record the teachings and conversations that are Rebbe Nachman’s legacy to this day.

Rebbe Nachman breathed new life into Chassidut by translating the esoteric teachings of the Kabbalah into concrete, practical advice that anyone could use to better his or her own life. In addition to his formal teachings, the Rebbe told stories that contained the deepest mysteries of Torah. He said, “I see that my Torah teachings do not reach you; I will begin telling stories.” Rebbe Nachman’s innovations in delivering Torah discourses via his intricate lessons, as well as the stories that he told, made him a unique figure in the spread of Chassidut. 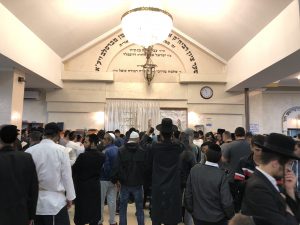 Though young in years, the Rebbe was wise to the true meaning of life. He spent much of his time immersed in Torah study and went to great lengths to perfect his character traits and his awe of Heaven. Through his devotions, the ways of God became absolutely clear to him at a young age, and he wrote many pages of advice and counsel to help other people develop for themselves a strong and satisfying relationship with God.

The Secret that Ensured the Continuation of Rebbe Nachman’s Teachings

Rebbe Nachman lost his wife, the mother of his eight children, to tuberculosis in 1807. He remarried shortly after. In the late summer of 1807, Rebbe Nachman himself contracted tuberculosis, a disease that ravaged his body for three years. Knowing his time to leave this world was imminent, he moved to Uman in the spring of 1810.

The Rebbe’s two sons and two of his daughters died in infancy; he was survived by four daughters. Without sons to succeed him, it was natural that his Chassidut would die out with its leader. But Rebbe Nachman had a secret that ensured the continuation of his teachings and the growth of his following for generations to come. That secret was his main disciple and scribe, Reb Noson, who guaranteed the survival of Breslov Chassidut for hundreds of years, up to and including our present day.