Home Who is Rebbe Nachman?

Who is Rebbe Nachman?

A WELCOME FROM PROF. ELIE WIESEL

Who is Rebbe Nachman?

Rebbe Nachman is a unique figure in the history of Chassidut, the Jewish revival movement founded by his great-grandfather, the Baal Shem Tov (Master of the Good Name). In his lifetime, the Rebbe was well-known as a Chassidic master, attracting hundreds of followers. Today, over 200 years after his passing, his following numbers in the tens of thousands, making him a vibrant source of encouragement and guidance in today’s world.

Rebbe Nachman was born in 1772, twelve years after the Baal Shem Tov’s passing, in the western Ukrainian town of Medzeboz. The Rebbe had two brothers and a sister. During his childhood, many Chassidic masters would come to visit the grave of the Baal Shem Tov in Medzeboz and they would stay in the Rebbe’s parents house.

Rebbe Nachman was deeply inspired by these great leaders to become an outstanding Tzaddik and Torah sage himself. He acquired his first disciple on his wedding day in 1785.

After his marriage he moved to the eastern Ukrainian town of Ossatin. In the early 1790s he moved to nearby Medvedevka, where he began to attract a devoted following. In 1798-1799, at the height of the Napoleonic wars in the Middle East, he made his pilgrimage to the Holy Land.

Returning first to Medvedevka, he moved shortly afterwards to Zlatipolia in 1800. Around this time Rabbi Aryeh Leib, the Shpola Zeide, mounted a bitter campaign of opposition to Rebbe Nachman and his brand of Chassidut. This forced Rebbe Nachman to move to Breslov in September 1802.

It was right after Rebbe Nachman moved to Breslov that Reb Noson, who lived in nearby Nemirov, became his student. Reb Noson began to record the teachings and conversations that are Rebbe Nachman’s legacy to this day.

Rebbe Nachman breathed new life into Chassidut by translating the esoteric teachings of the Kabbalah into concrete, practical advice that anyone could use to better his or her own life. In addition to his formal teachings, the Rebbe told stories that contained the deepest mysteries of Torah.

He said, “I see that my Torah teachings do not reach you; I will begin telling stories.” Rebbe Nachman’s innovations in delivering Torah discourses via his intricate lessons, as well as the stories that he told, made him a unique figure in the spread of Chassidut.

Though young in years, the Rebbe was wise to the true meaning of life. He spent much of his time immersed in Torah study and went to great lengths to perfect his character traits and his awe of Heaven. Through his devotions, the ways of God became absolutely clear to him at a young age, and he wrote many pages of advice and counsel to help other people develop for themselves a strong and satisfying relationship with God.

Rebbe Nachman lost his wife, the mother of his eight children, to tuberculosis in 1807. He remarried shortly after. In the late summer of 1807 Rebbe Nachman himself contracted tuberculosis, a disease that ravaged his body for three years.

Knowing his time to leave this world was imminent, he moved to Uman in the spring of 1810. He gave over his last lesson to hundreds of followers on Rosh HaShanah 1810 and passed away a few weeks later, on 18 Tishrei 5571 (October 16, 1810), at the age of thirty-eight. He was buried in Uman. 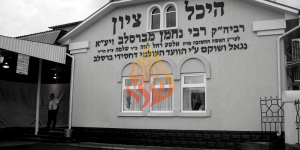 The Secret that Ensured the Continuation of Rebbe’s Teachings

The Rebbe’s two sons and two of his daughters died in infancy; he was survived by four daughters. Without sons to succeed him, it was natural that his Chassidut would die out with its leader.

But Rebbe Nachman had a secret that ensured the continuation of his teachings and the growth of his following for generations to come. That secret was his main disciple and scribe, Reb Noson guaranteed the survival of Breslov Chassidut for hundreds of years, up to this present day.

In Jewish history, every great teacher became that way because he had at least one able student who was able to receive and absorb that knowledge and, later on, disseminate it for future use. Rebbe Nachman was that teacher. Reb Noson was that student.

Reb Noson Sternhartz was born in 1780 in Nemirov, a city located about nine miles (fifteen kilometers) from Breslov (a full day’s journey by horse and wagon in Rebbe Nachman’s time). A budding young Torah scholar, Reb Noson was the son-in-law of Rabbi Dovid Zvi Ohrbach, the foremost halakhic authority of the western Ukraine (Kaminetz-Podolia). 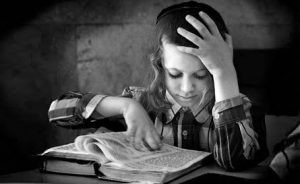 Later Rebbe Nachman himself asked Reb Noson to record his teachings, saying, “We have to be grateful to Reb Noson, for without him, not one page of my teachings would have remained!”

For the next 8 years until Rebbe Nachman passed away, despite all the opposition he faced from his family, Noson drew ever closer to the Rebbe.

He recorded Rebbe Nachman’s lessons, conversations and stories, and observed the Rebbe up close, from which he later wrote the biographical information that we have.

A Prolific Writer and a Sensitive Soul

Also during that time, Rebbe Nachman instructed Reb Noson to begin writing his own original discourses and prayers. Reb Noson proved himself to be a deep thinker, a prolific writer and a caring and sensitive soul. Eventually Reb Noson’s wife and family acknowledged the positive impact that Chassidut was having on him and withdrew their opposition.

When Rebbe Nachman passed away in 1810, Reb Noson was perfectly qualified to succeed him. But he pre­ferred to remain the de facto leader, publishing all of the Rebbe’s works and guiding the Breslover Chassidim to fulfill the Rebbe’s directives. He traveled hundreds of miles each year by horse and wagon to visit and encourage Breslover Chassidim living throughout the Ukraine, and wrote many letters strengthening them to keep following Rebbe Nachman’s path.

Even without a living rebbe, Breslov Chassidut expanded and grew. This aroused the jealousy of several of Reb Noson’s Chassidic contemporaries, who felt that a Chassidut must have a living rebbe to guide it. The Breslover Chassidim became the object of terrible opposition and Reb Noson’s life was threatened. Though the opposition grudgingly died down to some extent by the end of Reb Noson’s life, it continued to percolate among both Chassidic courts and Lithuanian schools until today.

In the spring of 1811 Reb Noson moved to Breslov and established the annual Rosh HaShanah gathering in Uman. In 1834 he built a new synagogue to accommodate all the attendees. He merited to see the first volume of his own magnum opus, the Likutey Halakhot, printed in 1843-1844. He passed away on 10 Tevet 5605 (December 20, 1844) and was buried in Breslov.

Reb Noson’s efforts and iron will carved and shaped Breslov Chassidut as we know it. By remaining completely true to his master’s teachings and transmitting them faithfully, he built a movement that connects later generations directly to Rebbe Nachman himself. We can be assured that the ideas we study and find so helpful today are all rooted in Rebbe Nachman’s original teachings and advice given over 200 years ago with a freshness that makes them seem even more relevant today.