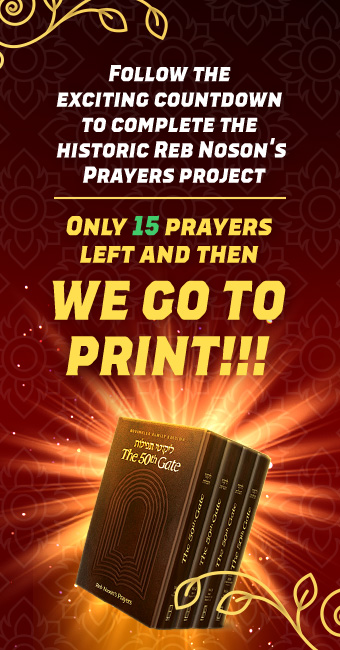 Home History Who Was “The Deutschel”? (Part I)
History

There was a German Jew who was pious, learned and wealthy, blessed with righteous and scholarly sons. When they came of age, he summoned them and said, “Beloved children! I’ve decided to send you to seek your fortunes abroad. Money you’ll be provided with. My only condition is that you return in exactly five years so that I can see what you’ve made of yourselves.”

Each one packed his provisions and money, and went out to seek his way in the world. The third son, Yechiel, chose to travel to Poland. When he got there, the locals nicknamed him “The Deutschel.” During Reb Yechiel’s five years of travel in Eastern Europe, he came to the attention of the Baal Shem Tov and became his son-in-law.

When the five years drew to a close, Reb Yechiel made plans to travel back to his father to fulfill his command. Before leaving Mezhibuzh, he approached the Baal Shem Tov and asked for a blessing.

“Rebbe, please bless me that I’ll be back in time to spend Rosh HaShanah with you.” But the Baal Shem Tov didn’t answer. Reb Yechiel took this as a sign, and so he took along a shofar in case he found himself far from a Jewish community during the holy days.

Reb Yechiel arrived home five years to the day of his departure. What a celebration! Each of his brothers had also returned from his corner of the world, and their father prepared a magnificent feast in their honor and invited all of the city’s notables.

During the meal, each son in turn stood up to share words of Torah, but Reb Yechiel barely lifted his head out of his plate as he ate his soup. When his turn came to speak, Reb Yechiel rose, said, “I have nothing to say,” and sat down again. His father was devastated; his family and the guests were embarrassed for him. What had become of him?

After the feast, Reb Yechiel’s father summoned him and poured out his heart. “My son, you were the most learned of all of your brothers. What happened to you? Where is your Torah?”

Reb Yechiel said gently, “I can make it up to you, Father, if you will make another feast tomorrow…”

I Give, You Give

I was thoroughly enjoying the way this story was written but I do not understand the ending! Please explain!

It’s because there is one more part. That’s why it ends with an ellipsis (…)
There’s more to come.

In This World And The Next

Breslov Therapy Audio: Ayeh – Where Are...