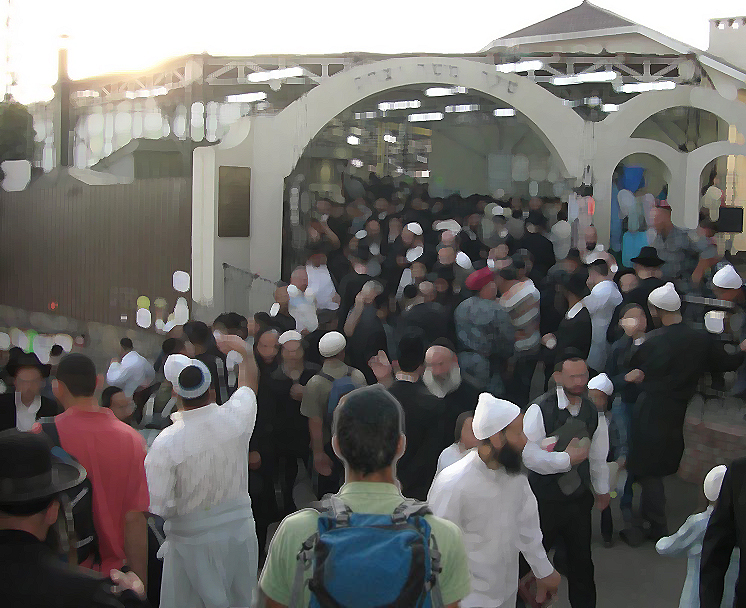 The Breslov movement survived and thrived in Communist Russia due to the bravery and self-sacrifice of its chassidim. We cannot fathom the pressures and persecution that these men and women endured to keep their faith alive and follow Rebbe Nachman’s teachings, but endure them they did, keeping the Rebbe’s flame burning through the most difficult times.

The story of R’ Naftali Tzvi Dubinski is a case in point. He came to Uman at the age of 17 and joined R’ Baruch Getche’s group of ovdim (devotees) who spent their nights in hitbodedut, their mornings in prayer, and their days in Torah study.

R’ Naftali Tzvi’s wife died in childbirth, leaving him with one son, Yaakov. In 1937, R’ Naftali Tzvi was arrested and sentenced to eight years in a Siberian slave labor camp for the “crime” of convincing a Jewish boy to stop working on Shabbat. Completely isolated during this period, he had no idea what happened to his six-year-old son during World War II.

In fact, his son was being raised by R’ Yochanan Galant, a joyous and warm-hearted Jew who had no children of his own. R’ Yochanan raised young Yaakov to be God-fearing and, with tremendous self-sacrifice, kept him out of the anti-religious Soviet school system. In honor of his adoptive father, Yaakov changed his last name to Galant.

Following his release from Siberia, R’ Naftali Tzvi moved to Prunz. He was only reunited with his son in 1954, when they met in Uman for Rosh HaShanah. At that point, his son was in his early 20s and married. R’ Naftali Tzvi emigrated to Israel in 1971 at the same time as his son and grandchildren.

R’ Naftali Tzvi may have lost his chance to raise a family, but he did not lose his faith in God. In Jerusalem, he would often go up to the roof of the Breslov synagogue in Mea Shearim for hitbodedut. One day, the wife of R’ Nachman Strakes heard someone crying out to God from the roof and commented that that was exactly the way R’ Naftali Tzvi used to cry out in Uman – not realizing that R’ Naftali Tzvi had arrived in Israel and was the one she was hearing!

From “Against All Odds” by Gedaliah Fleer