It’s all in the effort 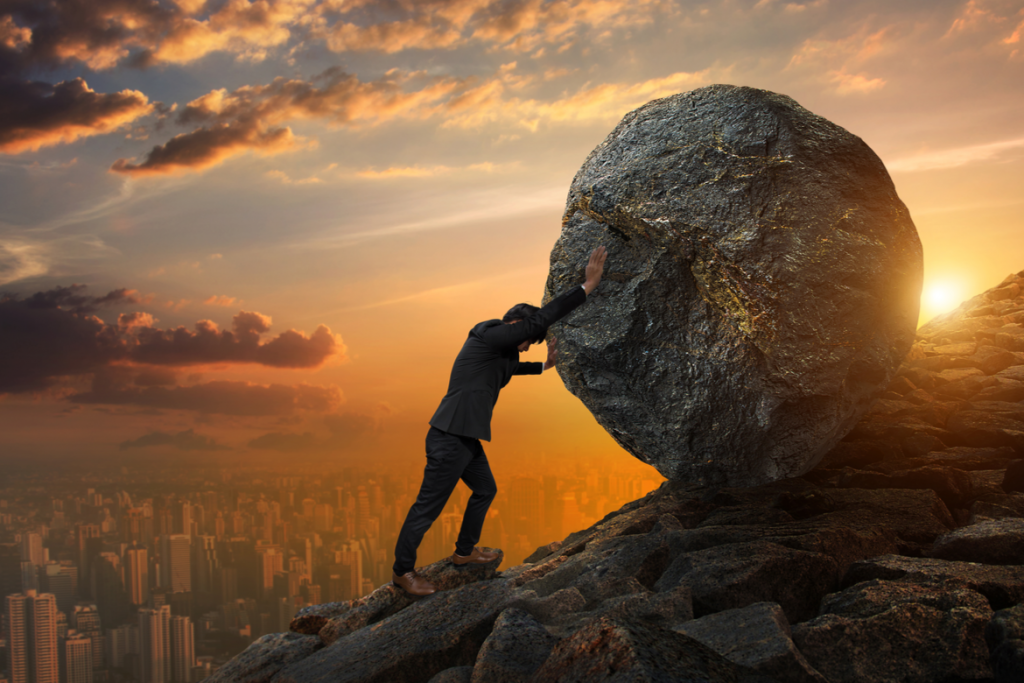 Last week we saw how the difficulties a person experiences when trying to do a mitzvah add to the value of the mitzvah when he finally succeeds and to the simchah he experiences. Rebbe Nachman continues in the next sichah, Sichah 12 in Sichos HaRan, to discuss difficulties that are not overcome.

The Rebbe reveals that the way of the world is that a person who wishes to come close to HaShem experiences much confusion and many difficulties. It is so much so that he has no idea what to do, and everything he tries to do seems impossible. Whether it is to do a mitzvah or sanctify himself by refraining from something inappropriate, despite intense efforts, he doesn’t seem to ever succeed. Naturally, this situation lends itself to despair. However, the Rebbe is warning us that this is the normal course of events, and therefore there is no reason to despair.

About the person who toils in trying to serve HaShem and seems to fail, the Rebbe says the pasuk in Tehillim (44:23): “Ki Alekha horagnu kol hayom, nechsavnu ketzon tivchah“, we were killed for You every day, considered sheep for the slaughter. His efforts in trying to serve HaShem, especially when he knows he will probably not succeed, are likened to bringing a sacrifice in the Beis HaMikdash. For example, a person who tries to daven with kavanah and is constantly attacked by disruptive thoughts, his efforts in trying nonetheless to daven and his desires to daven with true kavanah are brought up on the altar as a sacrifice to HaShem. Therefore, a person should continue to try and do what he can, and know that his efforts are as pleasing to HaShem as a sacrifice in the Beis HaMikdash.

The Rebbe ends this sichah with the words “do what you can, and HaShem will do what is good in His eyes.” With this he is making a distinction between the effort and the result. We would like to think that the results of our actions are in our hands. However, this is only our ego who wants to run the world, saying “Ana emlokh“, I will rule. In fact, the results are always in HaShem’s hands. We can only choose what to do or not to do. Therefore, when we choose to try to come close to HaShem and leave the results in His hands, we are sacrificing our ego on the altar, and in this way we will definitely come close to Him.

The duty of a Jew is to serve HaShem. The true way to serve Him is on His terms. If a person is only happy if he succeeds in davening the way he thinks he should, then he is trying to serve HaShem on his own terms. In other words, he is not really serving HaShem. He is serving himself. Our successes and failures are in HaShem’s hands and we need not take responsibility for them. All that we need to do is to make sure we are doing everything we can and know that our efforts are very precious to HaShem.