Nothing Is As Good As Being With Him 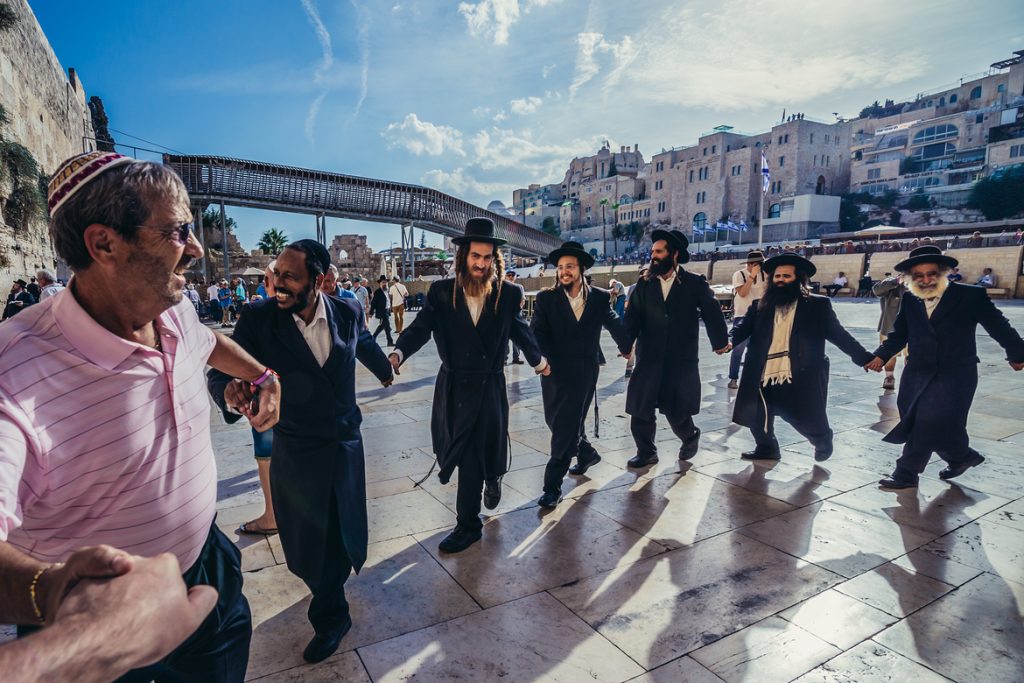 In Torah 25, Rebbe Nachman writes about spiritually ascending from level to level. He says that at the entrance, so to speak, of every new level there are klipos (a protective outer space, like a shell) that prevent us from entering. These klipos present themselves in the form of illusions, doubts, strong urges, confusion and obstacles. The only way, says the Rebbe, to overcome these klipos is by revealing Hashem’s greatness. So how do we reveal Hashem’s greatness in the world? By giving charity. Simply understood, this could mean that when we emulate God’s kindness and assist the less fortunate, His greatness becomes known. This idea is similar to how the Talmud (Yoma 86a) expounds the words, “You must Love your God, Hashem”, i.e. that He should be loved [by others] through you.

But then in the last few lines of the lesson, the Rebbe slips in another little something. “You should also know, that in order to overpower the klipos that surround these levels, you need to awaken the joy in your MITZVOS. Meaning, [when you do the mitzvah], you should be happy that you were blessed to come close to Hashem. Through this joy, you can overpower the klipa and ascend to the next level”

One might ask, didn’t the Rebbe just say the way to overcome these klipos is by revealing Hashem’s greatness? Why is he saying now that the way to vanquish them is by doing mitzvos with joy?

I’d like to suggest that both paths are one and the same. Unfortunately, but understandably, sometimes we do mitzvos simply because we did them yesterday and the day before. But when we’re excited by mitzvos because we appreciate how fortunate we are to align with our Creator, it’s a major revelation of His greatness.

Imagine you see a guy walking to shul in the morning with a minor frown and slugged shoulders. Do you wanna go where he’s going? I think not! But what about the other guy who’s skipping into shul and snapping his fingers? “Where’s he going?” you think to yourself. “Oh, to shul? What’s there? Davening? Praising Hashem? That’s all?! Just praising Hashem makes him so happy? Hashem must be great!

Cute, right? Do mitzvos with Joy, like what we teach little kids in cheder.

It’s no small thing. Rebbe Nachman writes (Torah 24) that by performing mitzvos with joy, one can reach the light of Ein Sof, which is way above all the levels of souls. And it’s not just a chassidus thing either. The Mishna Brurah (O”CH 669:11) writes that the Arizal said about himself that the highest levels he ever reached were through the joy of performing mitzvos.

When we strip it all down to what’s really important, it’s easy to see that there’s nothing as good as being with Him. Everything else is stained and fragile, but He is perfect and strong. He is far better than anything we could imagine. And he gave us the instructions how to connect; With his mitzvos. That’s something to truly be happy about! Lcha’im!